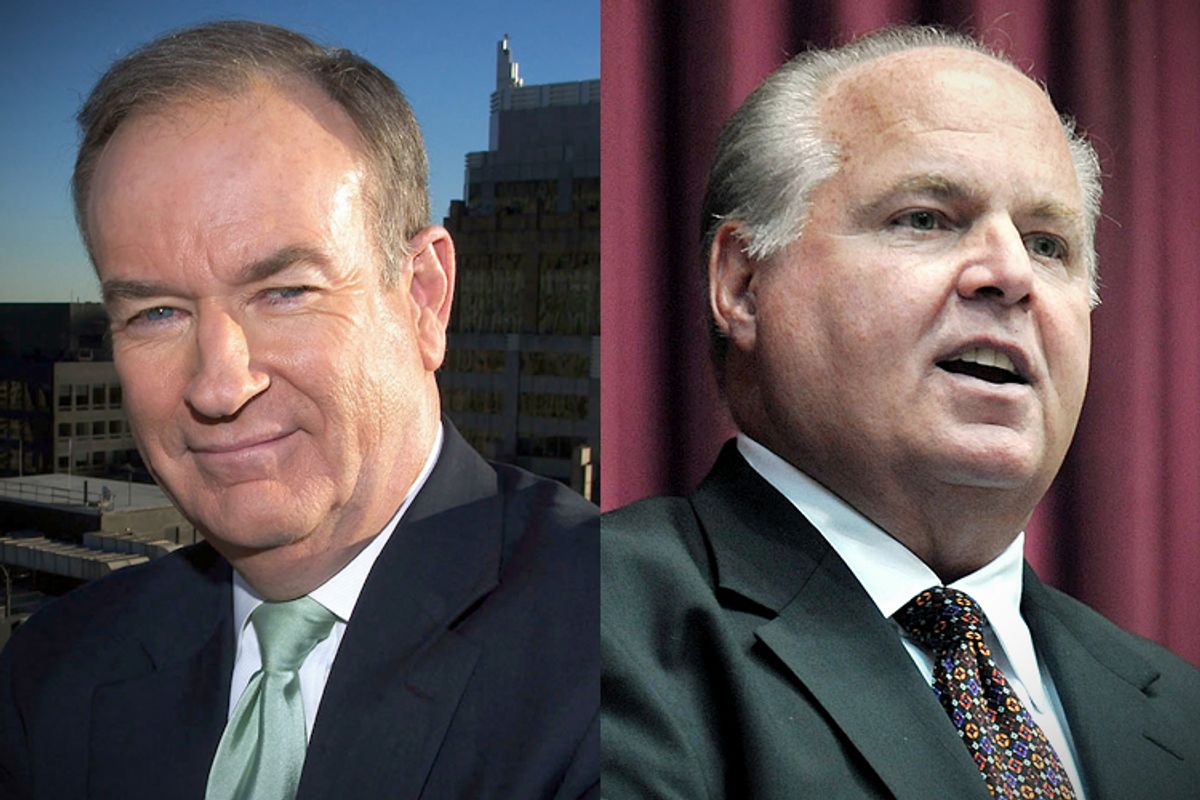 I was in Ireland when President Obama made his surprise 18-minute comment about the George Zimmerman verdict, so I didn’t see it. I read a wide range of reactions, but they didn’t prepare me for what he actually said. It was a sober, balanced, thoughtful and painful portrait of how race is lived by African Americans, particularly black men. I can even understand, though I don’t support, the criticism from the left: while making the powerful statement “Trayvon Martin could have been me 35 years ago,” the president also went out of his way to praise the judge and jury in the Zimmerman trial and to say the system worked; to acknowledge the problem of so-called “black on black” crime; and to observe that this country is getting better every generation when it comes to race, which it surely is.

On their entirely separate planet, though, the right wing race hustlers went crazy, and they aren’t shutting up. Monday night Fox’s Bill O’Reilly accused Obama himself of making life worse for African Americans, because his speech showed he had “no clue” how to combat “gangsta culture.”

An unusually crazed, agitated O’Reilly declared that the plight of black America “has nothing to do with slavery. It has everything to do with you Hollywood people and you derelict parents… Race hustlers and the grievance industry,” he went on, “have intimidated the so-called ‘conversation,’ turning any valid criticism of African-American culture into charges of racial bias,” leaving African-Americans to “fend for themselves in violent neighborhoods.” I can’t wait to hear the ignorant O’Reilly generalize more about “African American culture.”

But I agree with O’Reilly about “race hustlers and the grievance industry” being the problem here – only we define them differently. Bill-O himself is a consummate race hustler and grievance peddler, pushing the drug of racial grievance to white people, making himself rich by worsening racial tension. He’s second only to Rush Limbaugh in terms of spewing ignorance to a vast, frightened audience.

Limbaugh confessed to almost losing it on his show Monday over Obama’s speech – of course he loses it every day, he just doesn’t admit it; he really lost it a long, long time ago. On his Monday show he spewed:

Obama and [Rev. Jesse] Jackson and [Rev. Al] Sharpton have the same objective, same mind-set, same cultural references, same views of America….Obama is grievance politics, and the primary reason for that grievance is race.  It's in everything that he's done. It's in every policy. It's in almost every speech.

And Limbaugh, like O’Reilly, is fed up with people whining about slavery. “It’s preposterous that whites are blamed for slavery when they’ve done more to end slavery than any other race," he declared. The radio bully may be hustling for a spot on Sen. Rand Paul’s staff because that’s essentially the point “Southern Avenger” Jack Hunter made about whites and slavery, in a CD obtained by the Washington Free Beacon. Hunter resigned, so maybe Rush is getting restless, or is feeling the pinch of his advertiser boycott, and wants Paul's social media director job.

Sean Hannity may be the worst of all, using the president’s saying he could have been Trayvon Martin 35 years ago to smear both Martin and Obama with drug charges. “Is that the president admitting that I guess because what, he was part of the Choom Gang and he smoked pot and he did a little blow — I'm not sure how to interpret because we know that Trayvon had been smoking pot that night."

I mostly try to ignore grievance peddlers like O’Reilly, Limbaugh and Hannity, because I could write about an outrage every hour and still never finish. They’re part of the “conservative entertainment complex” David Frum has attacked for destroying his party; Joe Scarborough, another conservative, went in on Hannity Monday morning, accusing him of using the Zimmerman case “to gin up his ratings.”

Every once in a while, though, it’s important to pay attention to what the braying bullies say, because they have large audiences and when they turn on a dime to one topic, you know you’re getting a view of the right-wing id. And since they offer a guide to the right-wing id as well as to getting rich, when they convene on a new narrative, others always follow.

Now even former Bush press secretary Dana Perino is getting in on the race hustle, complaining on ABC's "This Week" that Obama was ignoring the issue of crime by African American males, when in fact he talked about it in his remarks. “When you think of a young mother whose two year old son was shot in the face by the two black teens who approached her in Atlanta, and that baby has died—Why do presidents choose to speak about one case and not the other? That’s why it’s better maybe not to talk about any of them. They chose to talk about this one.” Perino is obviously studying at the Sarah Palin School of Elocution, Reasoning and Race Baiting.

It’s worth remembering that before Obama made the comment, “If I had a son, he’d look like Trayvon,” reaction to the Martin case wasn’t strictly ideological. Many Republicans expressed regret at the killing of the unarmed teen, including Mitch McConnell and Florida Gov. Rick Scott. Obama’s remarks made the issue partisan, and I don’t blame Obama, I blame the race-baiting Republican opportunists who saw the president’s entry into the debate as a new way to polarize and rile up vulnerable and/or racist white people into seeing themselves as George Zimmerman.

This is the new right wing racket. Well, it’s not entirely new – race baiting is an old racket on the right – but the extent to which conservatives are now comfortable telling white people they’re the new victims, in danger of being unfairly prosecuted like George Zimmerman when they should actually be thanked for ending slavery, is unique and brazen and dangerous. We need more Republicans, as well as more media figures, to call it what it is: a race hustle.