Flanked by his wife, the mayoral candidate asks New Yorkers to continue to give him a second chance 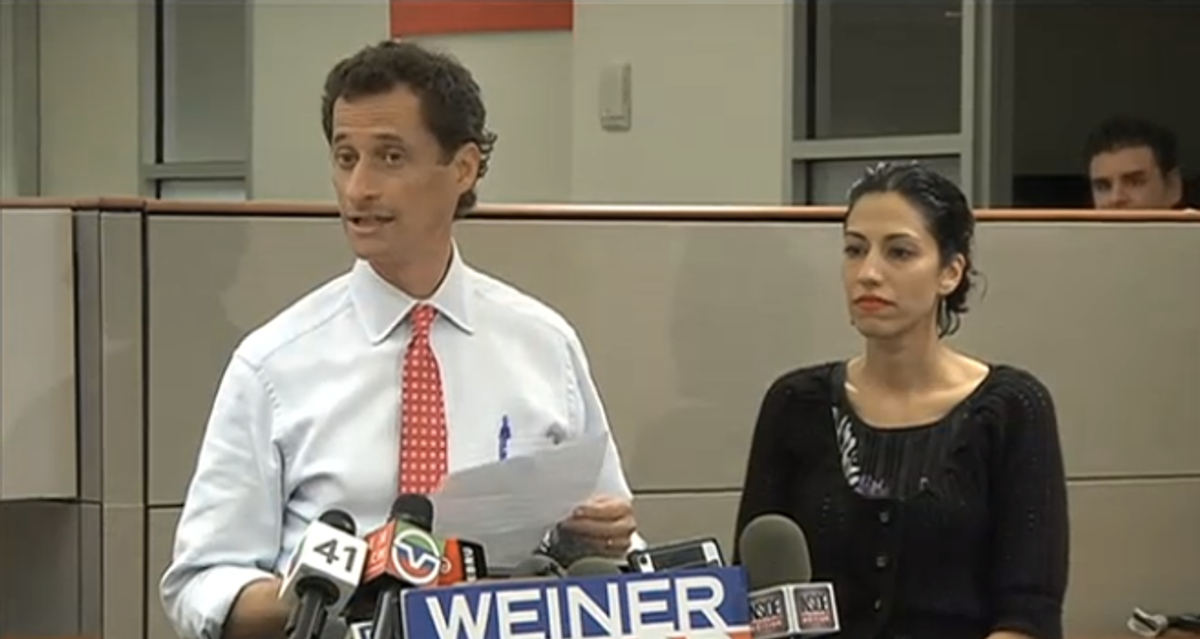 Democrat Anthony Weiner announced at a press conference this evening that he will not withdraw from the New York mayoral race, despite sexual messages revealed today between him and a woman who is not his wife . "I'm pleased and blessed [my wife] has given me a second chance. For the past several months I've been asking New Yorkers to also give me another chance," Weiner said, apologizing again to his wife Huma Abedin, who stood by his side. "I hope they're still continuing to give me a second chance."

Abedin, who has rarely spoken on the campaign trail, stood next to her husband and added some words herself. "Anthony has made some horrible mistakes, both before he resigned from Congress and after. But I do believe that this is between us," she said, reading from a statement. "It was not an easy choice, but I made the decision to stay in this marriage"

She continued: "I love him. I have forgiven him. I believe in him. And as we have said from the beginning, we are moving forward."

The scene was reminiscent of a press conference in 2011, when then-congressman Weiner admitted to sending similar messages with other women. That time, however, Abedin was not present. Since then, Weiner has asked for -- and largely received -- the forgiveness of New York voters, who are currently giving him a lead in the polls to replace Mayor Michael Bloomberg.

But today's revelations could be different, considering the "sexts" in question allegedly began in the summer of 2012, well after he claimed to have cleaned up his act. In fact, the anonymous woman whose relationship with Weiner was revealed by the Arizona nightlife website TheDirty.com yesterday says he first messaged her on July 12, 2012 -- less than a week before he told People magazine that he was dedicated to repairing relations with his family.

Whether New York voters can stomach the fact that Weiner apparently continued to have an extramarital relationship after saying he was past it remains to be seen.