Who invented the baseball glove?

Now an iconic piece of equipment, the mitt was ridiculed when it was introduced in the 1870s 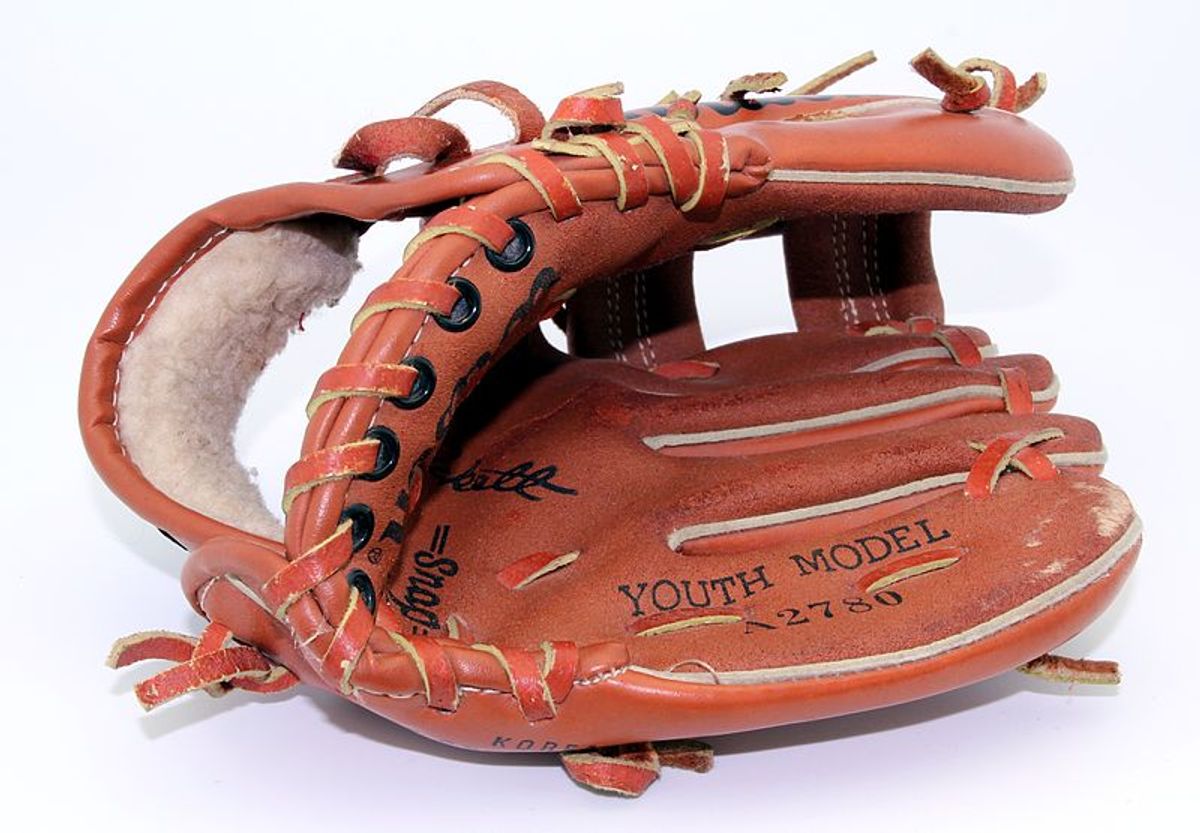 To round out our series on the the design of baseball equipment, let’s take a brief look at the baseball glove. Unlike the baseball bat or the baseball itself, the glove was not initially a part of the game. Players just used the mitts they were born with.  Lest you think that all men were walking around with swollen and broken fingers, it’s important to remember that this was a very different game than the today. There were a lot of differences in the game, not least of which is the fact that much of the throwing was underhand. In the beginning, there wasn’t much need for hand protection, but even as the game evolved and balls were thrown harder and faster, there was some reluctance to use any protection or padding. These were the days when the measure of a man was the number of calluses on his fingers and of broken bones in his hand. Wearing a glove just wasn’t manly.

The earliest gloves were simple leather work gloves, often with its finger removed to ensure that ball handling isn’t inhabited in any way. It’s hard to say exactly who wore the first glove, but some reports claim that catchers were wearing work gloves as early as 1860. A pitcher by the name of A.G. Spalding claims that it was New Haven first baseman Charles C. Waite who, in an 1875 game against Boston, first had the audacity (i.e. common sense) to take the field with a glove. Maybe “audacity” isn’t quite the right word. Though there were no rules against gloves, Waite tried to preserve his masculinity by wearing a tan, flesh-colored work glove, hoping no one would notice. People noticed. And Waite was ridiculed mercilessly by fans and players alike. Nonetheless, he persevered.

“I had for a good while felt the need of some sort of hand protection for myself. For several years I had pitched in every game played by the Boston team, and had developed severe bruises on the inside of my left hand. Therefore, I asked Waite about his glove. He confessed that he was a bit ashamed to wear it, but had it on to save his hand. He also admitted that he had chosen a color as inconspicuous as possible, because he didn’t care to attract attention….Meanwhile, my own hand continued to take its medicine with utmost regularity, occasionally being bored with a warm twister that hurt excruciatingly. Still, it was not until 1877 that I overcame my scruples against joining the ‘kid-glove aristocracy’ by donning a glove. I found that the glove, thin as it was, helped considerably, and inserted one pad after another until a good deal of relief was afforded. If anyone wore a padded glove before this date, I do not know it.”

The year after Waite’s debut, Spalding and his brothers started a sports equipment company and one of their first products, alongside the first official baseball, was a baseball glove –though Spalding wouldn’t wear one himself until 1877 when he started playing first base. Unlike Waite’s glove, Spaldings was made from dark, almost black leather. Spalding’s reputation kept away the ridicule and in fact, he may be responsible for helping to remove the stigma that came with wearing a glove. With the stigma removed (mostly), the development of the glove accelerated. Along with that extra padding, shallow webbing was added between the fingers – most notably between the thumb and first finger. The glove caught on, much to the chagrin of some early baseball purists, and in 1895 the National League and American Association of Baseball Clubs created the first restrictions on glove size:

“The catcher and the first baseman are permitted to wear a glove or mitt of any size, shape or weight. All other players are restricted to the use of a glove or mitt weighing not over ten ounces, and measuring in circumference around the palm of the hand not over fourteen inches.” By the end of the century, every player in organized baseball was playing with a glove. After padding, the next big innovation came in 1920 when St. Louis Cardinals pitcher Bill Doak came up with a design to replace the leather webbing used in some gloves with a system of straps between the first finger and thumb, creating a larger, deeper pocket that would help relieve some of the impact on the players palms and fingers while also extending a fielder’s reach. Doak patented his idea, the precursor to all modern gloves, and sold it to Rawlings. With it, Rawlings surpassed Spalding as the preferred glove of pro players and today, the sports equipment company provides gloves for about 50 percent of professional ballplayers and produces specialized designs for pitchers, catchers, first basemen, infielders and outfielders, as well as custom designs for individual players. While the pillow-like catchers mitt is obviously unique, and has been from the beginning, the differences between other gloves emerged more slowly over the years, and can be subtle to accommodate different styles of play.

According to glove designer Bob Clevenhagen, known as “Michelangelo of the mitt,” “For outfielders, the ball will be funneled into the webbing. They are more apt to snag the ball up high in the web,” while “an infielder wants the ball where there’s no problem finding it with his bare hand, not in the webbing, but at the base of the fingers.” From its humble beginnings as an home-made object of scorn and ridicule, the baseball glove has become an iconic piece of sports equipment and often stunningly crafted object that only gets better with time. Now quit reading the Internet and go have a catch.