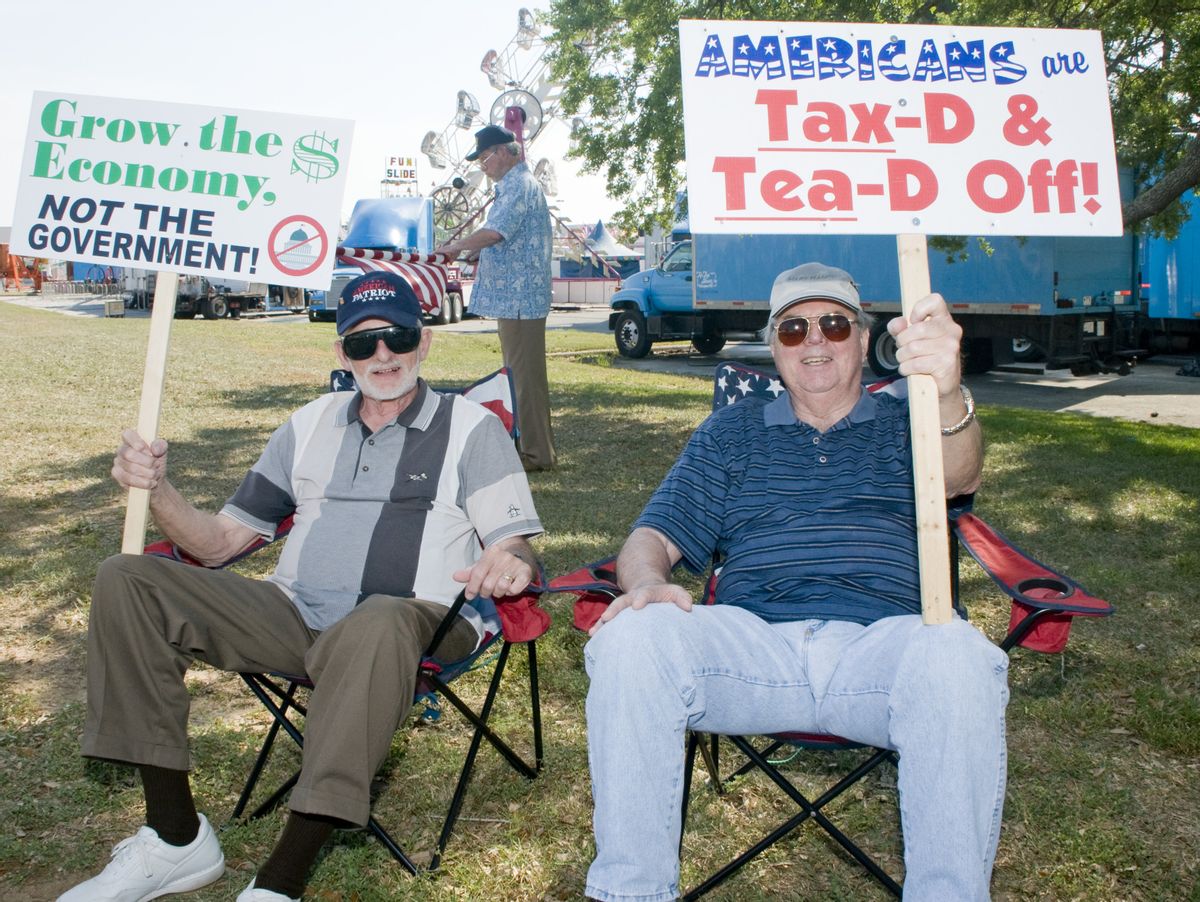 Given the many instances of Tea Partiers lashing out in anger over the past few years, it’s reasonable to think this is an extremely unhappy group of people.

At least, that’s the implication of newly published research from Canada. It finds a “significant association” between authoritarian attitudes and a subjective sense of well-being. These findings are “in line with evidence that conservative ideology … may promote positive psychological outcomes,” writes a research team led by psychologist Cara MacInnis of the University of Toronto and Michael Busseri of Brock University.

In the journal Personality and Individual Differences, the researchers describe a study featuring 237 Canadian university students. Participants provided a set of opinions to determine the extent to which they are aligned with right-wing authoritarianism—that is, a tendency to submit to authority, condemn those who violate the rules, and uphold established traditions.

They then gave a second set of opinions designed to determine their “social dominance orientation,” another aspect of generalized authoritarianism. Specifically, they expressed the extent of their agreement with statements such as “Some groups of people are just more worthy than others” and “In getting what your group wants, it is sometimes necessary to use force against other groups.”

Finally, they were asked to rate their current life on a scale of one to nine (from the “worst life I could have” to the best). They were also given 20 adjectives (10 positive, 10 negative) and asked about the extent to which each described how they feel “in general.”

In some ways, this result is counterintuitive. Much previous research has tied conservatism to higher levels of perceived threat. It’s hard to reconcile how people can both feel threatened and have a strong sense of well-being.

On the other hand, a strong sense of social hierarchy (the notion that everyone has their place) can arguably provide a coherent structure that makes the world seem less chaotic—and theoretically more controllable. That could, in turn, promote a sense of well-being.

It’s also important to note that the study participants were overwhelmingly young and female. They were also Canadians, who as a group report higher levels of well-being than Americans. It’s conceivable that an older, more male-skewing, U.S. sample could produce different results.

Still, this research calls into serious question the notion of far right-wingers being grumps who are taking out their misery on those around them. If these results are correct, they may be making others (such as, say, Republican moderates) plenty miserable, but on a personal level, they’re doing quite OK.