USC student: Police said my rape was not a crime because my assailant didn't orgasm 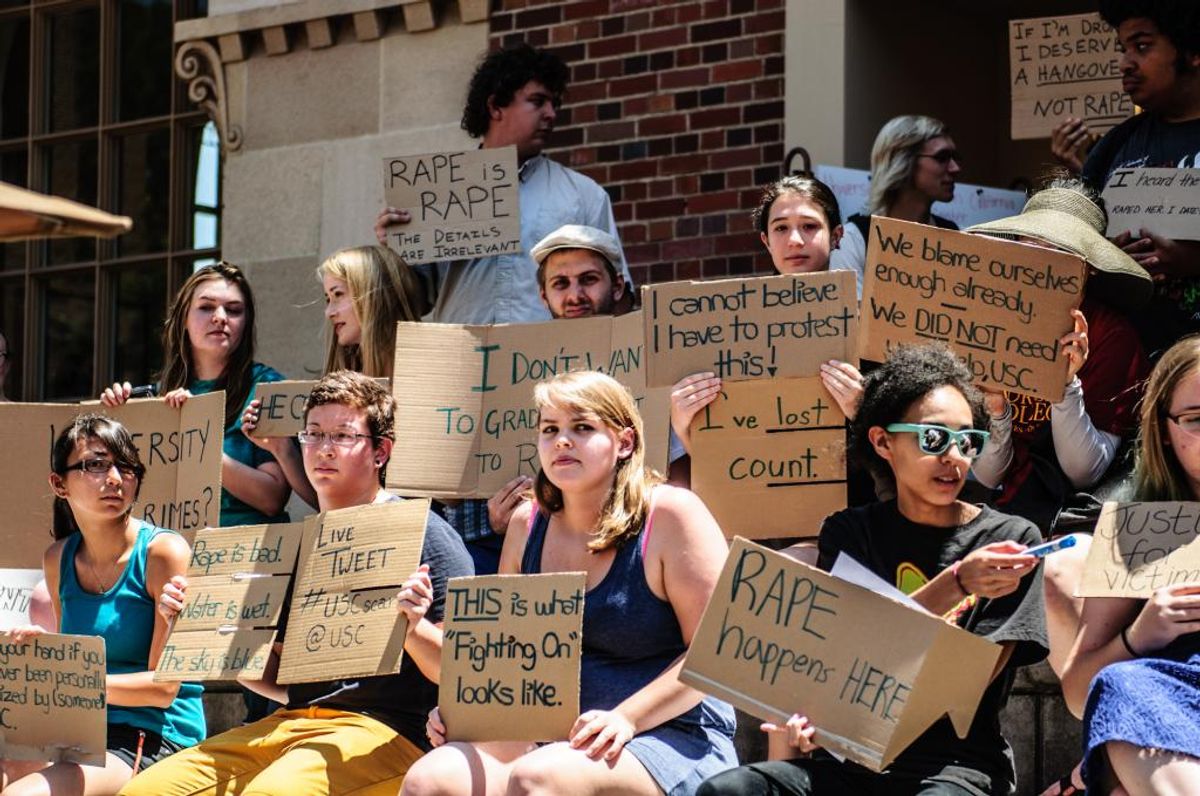 The University of Southern California is currently facing a federal civil rights investigation over allegations that university administrators and the Department of Public Safety consistently failed to respond to reports of sexual violence and prosecute rape on campus.

A coalition of 13 students filed the federal complaint in May, and were alerted over the weekend that the U.S. Department of Education's Office for Civil Rights had launched the inquiry.

According to a report from the Huffington Post, one student involved in the complaint, who asked to remain anonymous, said that a detective with the campus police told her that her rape did not warrant further investigation or a referral to the Los Angeles Police Department because her alleged assailant did not orgasm.

Another student, and lead complainant, Tucker Reed, alleged that USC officials dismissed her claim that her ex-boyfriend had raped her, despite the fact that she provided administrators with audio recordings in which her assailant admitted to the crime.

As shocking as the allegations may seem, they are far from unique. USC is just one of several other universities facing federal investigations into systemic failures of accountability that allowed incidents of sexual violence and rape on campus to go unpunished.

USC students hope that the federal investigation will force the university to change its policies -- and raise the profile of their cause, which is to end the sexual assault crisis occurring on college campuses across the country: "For me," USC student Francesca Bessey told the Huffington Post, "the technical outcome of the investigation is much less important than the consciousness I want it to inspire among decision makers at colleges and universities nationwide."