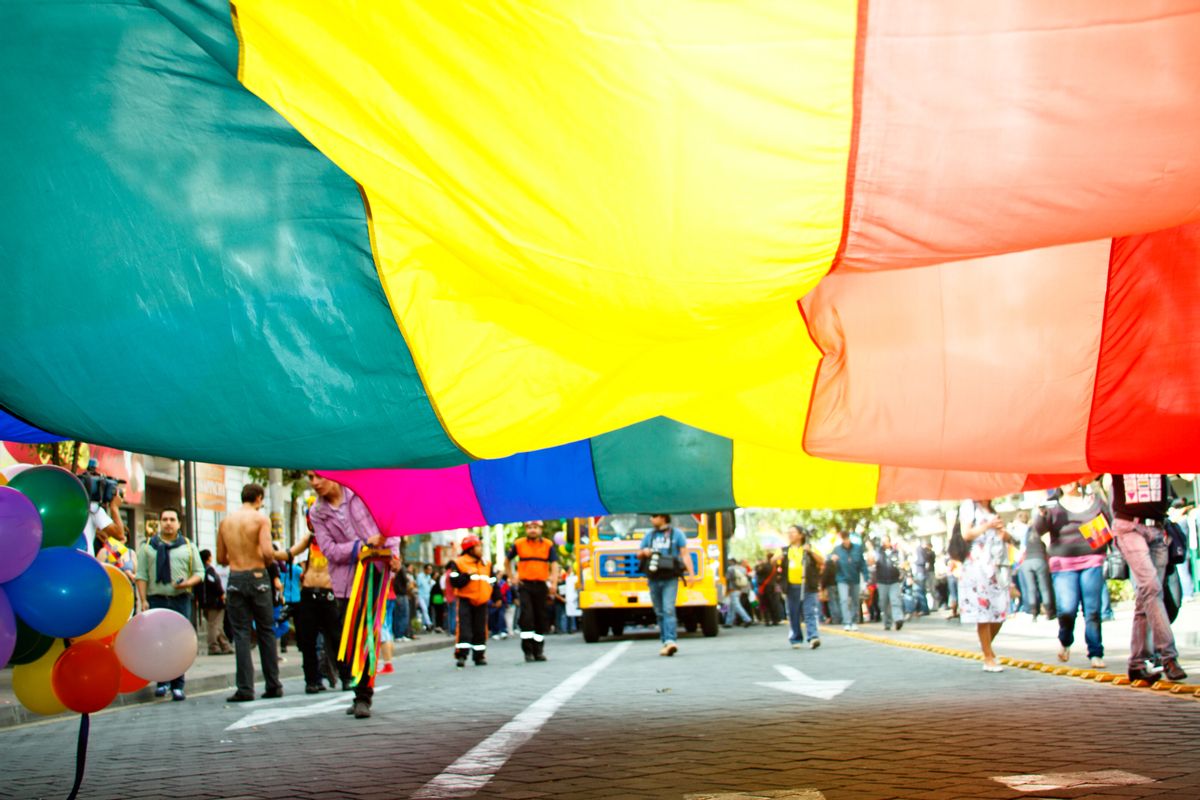 BUDVA, Montenegro (AP) — Several hundred extremists shouting "Kill the gays" attacked gay activists and clashed with police on Wednesday in a bid to disrupt the first ever pride event in staunchly conservative Montenegro, which is seeking to improve its human rights record as it bids to join the European Union.

Angry assailants threw rocks, bottles, glasses and various other objects — including chairs from local cafes — at several dozen flag-waving gay activists who shouted back "Kiss the gays." A shower of stones and bottles also landed on special police securing the gathering in the coastal town of Budva.

Police then intervened to push the attackers away and allow the event to continue. The participants briefly marched by the sea before they stopped to hold speeches as extremists shouted insults from a distance. Later, police againAn clashed with smaller groups of extremists scattered throughout the town.

"Unfortunately, in 20 years of transition Montenegro has not matured enough to tolerate differences," said Aleksandar Zekovic, one of the organizers of the rally.

Zdravko Cimbaljevic, who in 2010 was the first person in Montenegro to publicly declare that he was gay, added that "I expected opposition but this attack is actually the real image of Montenegro."

Montenegro, a country of some 600,000 people, is known for its macho male culture and respect of traditional values. Some newspapers published mock obituaries for prominent gay activists ahead of Wednesday's rally, while cafes in Budva — the country's key tourist resort — stopped playing music for an hour on Tuesday in protest.

"I don't approve of violence, but I didn't know how to explain this gathering to my son," said Bosko Lukic, a Montenegrin vacationing in Budva.

Previous attempts to organize pride events in the country failed over threats of violence. In 2012, actors who posed as a gay couple in a video promoting tolerance were badly beaten in the capital, Podgorica. But Montengro's pro-EU government has expressed support for the pride event and urged tolerance.

Elsewhere in the region, gay pride events were held this year without problems in the EU's newest member, Croatia, and one is planned in Serbia this fall. Dozens of people were injured in clashes during a 2010 pride march in Serbia, prompting the authorities to ban similar gatherings for the past two years.

Serbia's gay groups hailed the holding of the pride event in Montenegro as "strategically important" for the promotion of gay rights in the country. The violence shows that the government must do more to promote tolerance in Montenegro, they added in a statement.