Three longtime producers have lost their jobs, while a fourth reportedly left due to health concerns 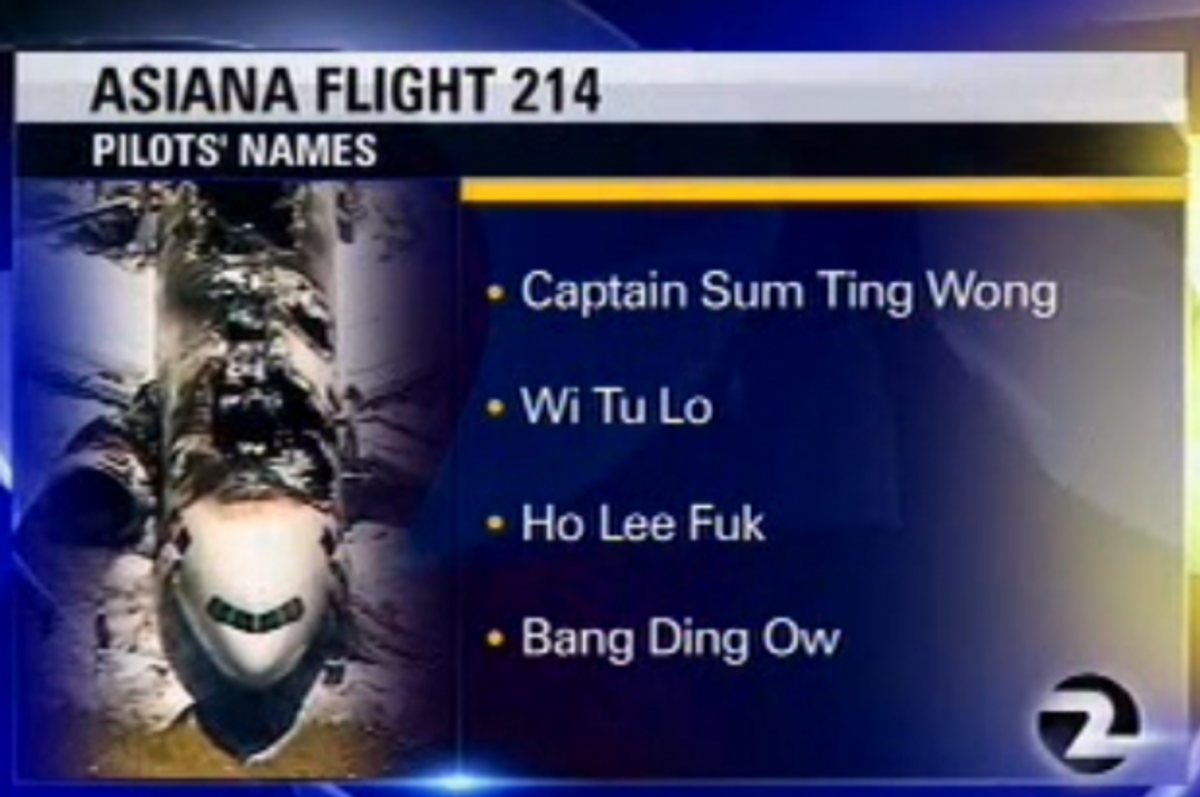 Three veteran producers at Oakland Fox affiliate KTVU have been fired over an embarrassing news report that misidentified the pilots of Asiana Flight 214, which crash-landed in San Francisco International Airport on July 6.

The firings are the latest fallout from the unfortunate July 12 broadcast, in which news anchor Tori Campbell reported the "NTSB confirmed" racially insensitive names of four pilots as “Sum Ting Wong,” “Wi Tu Lo,” “Ho Lee Fuk,” and “Bang Ding Ow." The network narrowly avoided a lawsuit from Asiana, and has attempted to scrub the videos of the broadcast from the Internet. NTSB, who supplied the names to KTVU, dismissed a summer intern held responsible for the error.