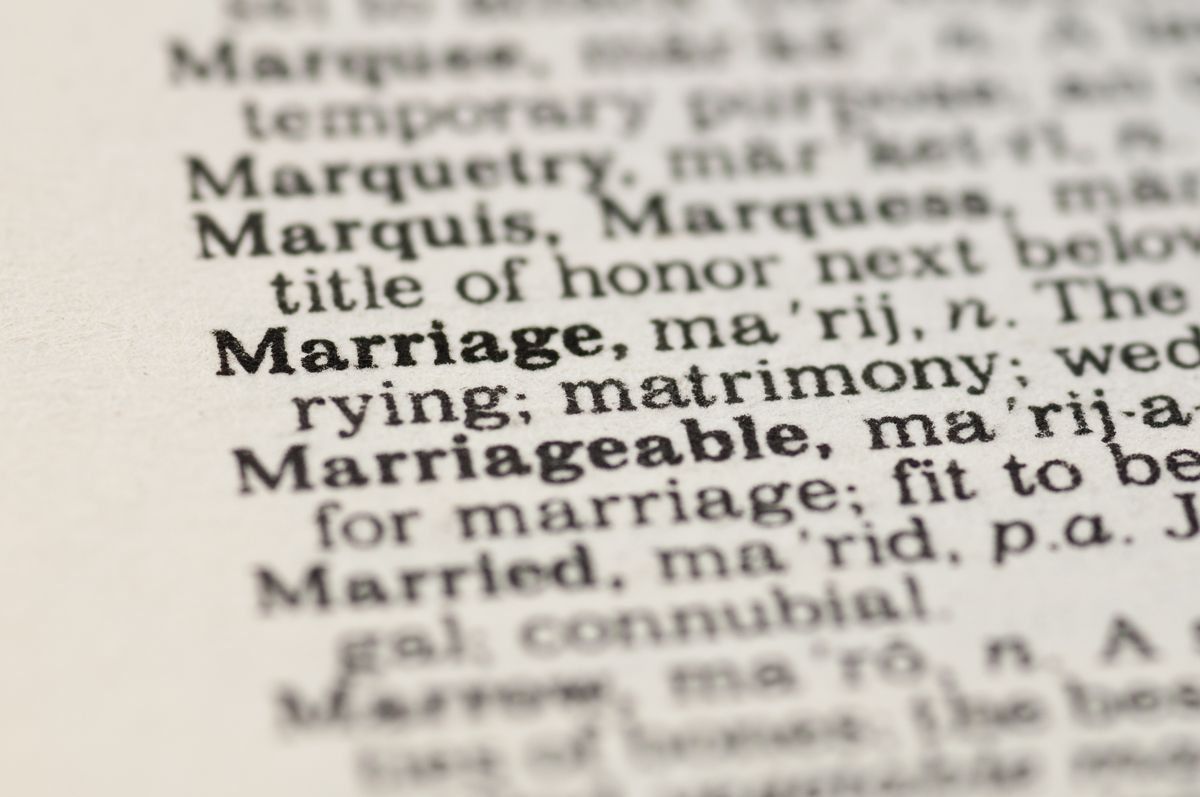 The language experts behind the Oxford English Dictionary have confirmed that the definition of "marriage" will be changed to reflect the inclusion of gay couples, in light of a string of recent marriage equality victories around the world.

A spokeswoman from the Oxford University Press said that the dictionary is a living document, and can change to reflect new meanings and usages: "We continually monitor the words in our dictionaries, paying particular attention to those words whose usage is shifting, so yes, this will happen with marriage."

The current definition of "marriage" states that it is a "formal union of a man and a woman, typically as recognized by law, by which they become husband and wife."

No word yet on whether or not rival dictionaries like Merriam-Webster and others plan to follow suit.