What Obama left out in his economy speech 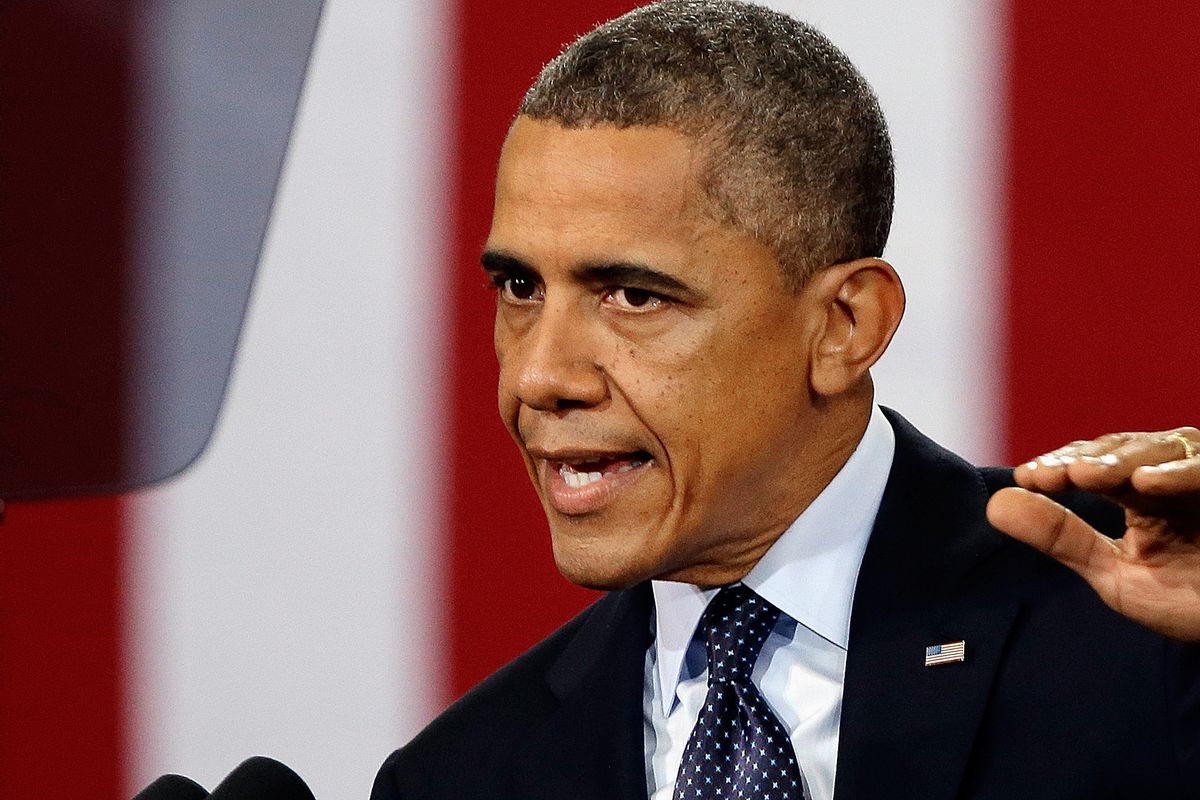 I am of course glad to see President Obama focus the country on what he correctly identifies as the most pressing national problem, the crushing of the middle class. The solution he laid out in his address at Knox College, a middle-out economics which sees the middle class as the engine of the economy, is both good economics and a powerful political message. It is what progressives and Democrats need to keep emphasizing over and over again, both rhetorically and in their legislative agendas.

When it came to the broad foundations of policy, the president's outline of the pillars of a strong middle class was on point: good jobs, quality education and job training, affordable health care, good housing, retirement security, and strong neighborhoods.

Still, I found the speech disappointing. The president only nibbled at the biggest change in our economy, the relentless decline in good jobs.

Not that the president didn't correctly identify the issue. Early in his address he explained, "The link between higher productivity and people’s wages and salaries was severed – the income of the top 1 percent nearly quadrupled from 1979 to 2007, while the typical family’s barely budged." He went on to acknowledge that even as the economy recovers, the earnings of the average worker are down.

But when it came to further analysis or solutions, the speech was thin. He did repeat his call for an increase in the minimum wage and remind the public that the Affordable Care Act will provide coverage for people who don't get health insurance at work. However, his solutions made assumptions that ignore the profound changes in the economy that have undermined job quality.

A good lens for this is his discussion – really lack of discussion – about the role of unions, which he only mentioned by commenting, "It became harder for unions to fight for the middle class." A great example of using the passive voice to avoid explaining that unions were not decimated by an act of nature, but by a concerted attack by corporations and the right, backed by government policy.

The president pointed out that "The days when the wages for a worker with a high school degree could keep pace with the earnings of someone who got some higher education are over." But why did workers with just high school educations used to get paid well? Because they organized unions through which they fought together for better wages.

Today, most of the new jobs being created are low-wage jobs with no benefits, which also don't require more than a high school education. If these workers were enabled – with the help of modernized labor laws and aggressive enforcement of the labor laws now on the books – to organize, they too could win decent wages and benefits. The president talked about global competition as an explanation for job loss, but that’s not an issue for the service industries that employ most low-wage workers.

It is also no longer true that another of the president's pillars, education, will mean more good jobs. The fact that a higher proportion of Americans have a college education than ever before has not stopped the deterioration of job quality. In the new economy, college grads have maintained low unemployment by taking jobs that they are overqualified for, upping joblessness among Americans who aren't college grads.

Even the president's assumption that creating more manufacturing and infrastructure jobs will mean more good jobs is not as solid as it has been in the past. While most of these jobs are decent, they pay less than before. For example, newly hired auto workers make a fraction of what the industry historically paid; it would take two new auto worker jobs to support a family at the same middle-class level as the workers paid at traditional rates. More broadly, the drop in unionization in manufacturing and construction, one cause among many of the overall downward pressure on wages, means job quality in traditional good job sectors is declining.

A middle-out economy must be anchored by good jobs. There are clearly huge legislative challenges to winning a good jobs agenda, which would include robust labor law strengthening, updated labor standards that guarantee paid sick leave and family leave, and enforcement of the labor laws already on the books. But the president doesn't have to wait for Congress to provide better jobs for millions of workers and set a new example for the country.

In his speech, Obama promised, "Whatever executive authority I have to help the middle class, I’ll use it." That’s great. He can start with an executive order to boost job quality for at least 2 million workers whose pay is financed by the federal government.

The federal government has a history, by legislation and executive order, of protecting wages for workers paid for with federal funds. However, the prevailing wage protections put in place over the three decades from the 1930s to the 1960s now cover only 20 percent of federally funded private-sector work. Even for those workers still covered, wage rates can be little higher than the federal minimum. According to a recent study by Demos, the federal government now funds over 2 million jobs paying under $12 per hour – more than Wal-Mart and McDonald’s combined – in such industries as food, apparel, trucking, and auxiliary health care.

In another report on the federal contract workforce, the National Employment Law Project (NELP) interviewed over 500 contract workers and found that 74 percent are paid less than $10 per hour and 58 percent receive no benefits from their employer. The NELP report includes one gripping story after another of workers like Lucila Ramirez, who, after 21 years as a janitor at the federally owned Union Station, earns $8.75 an hour.

A presidential executive order could directly help Lucila and the millions like her who manufacture uniforms for our military, care for our elders under Medicare, work as security guards at federally leased buildings, or are laborers on federally funded construction projects. The order would require that jobs financed by federal funds require living wages (not just minimum wage or prevailing wage in a low-wage sector), paid sick days, and prohibitions against employers fighting unionization.

I am looking forward to the president spending "every minute of the 1,276 days remaining in [his] term to make this country work for working Americans again." He can start by backing up great lines like that with an executive order for the millions of hardworking Americans whose pay comes from the government he leads.