US government argues drone strikes are above the law 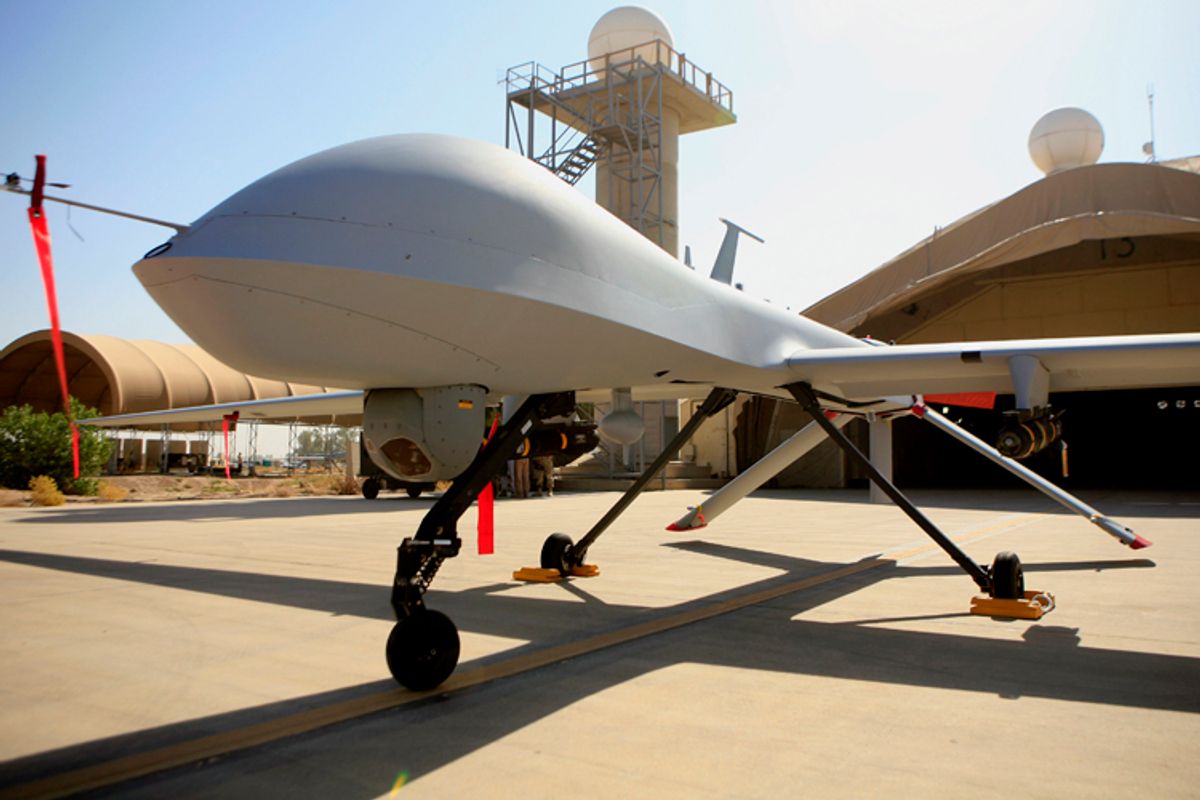 Court cases are often cures for insomnia, but every so often a lawsuit is an eye-opening journey through the looking glass. One of those is suddenly upon us -- and we should be thankful because it finally provides an unfiltered look at our government.

You may not know about this case, but you should. Called Al-Aulaqi v. Panetta, it illustrates the extremism driving the policies being made in the public's name.

The first thing you should know about this case is that it is simply about a man who wants to know why his grandson is dead. That's right -- in this age of endless war, a grandfather named Nasser Al-Aulaqi is having to go to court to try to compel the U.S. government to explain why it killed his grandson in a drone strike despite never charging the 16-year-old American citizen with a crime.

Another thing you should know is the specific defense the government is mounting in this case. As the New York Times reported, the Obama administration's Deputy Attorney General Brian Hauck first declared that courts have no right to oversee executive-branch decisions to extrajudicially assassinate Americans. He also insisted that the White House already provides adequate due process for those it kills, prompting federal judge Rosemary Collyer to point out that "the executive is not an effective check on the executive." The fact that the judge needed to issue such a reminder speaks volumes about an administration utterly unconcerned with constitutional governance.

But perhaps the most important thing to know about this case is what the government is arguing about the law itself. In defending the administration, Hauck asserted that such suits should not be permitted because they "don't want these counterterrorism officials distracted by the threat of litigation."

The radical message is obvious: Yes, the government now claims that America should not want public officials to have to consider the constraints of the law.

If this harrowing doctrine sounds familiar, that's because the sentiment behind it has been creeping into our political dialogue for years.

When President Obama first took office, for instance, his administration declared that Bush officials who violated laws against torture "will not be subject to prosecution." Rather than deterring similar law breaking in the future, the new president's administration agreed with former Vice President Dick Cheney, who claimed that any investigation would "do great damage" to "our capacity to be able to have people take on difficult jobs ... without having to worry" about being punished for breaking the law.

At the local level, it has been much the same notion from police. Indeed, two years ago, when citizens began recording police brutality with their cellphones, the head of America's police union claimed that such recording and accountability was unacceptable because it might make police officers think twice about breaking the law.

"Anything that's going to have a chilling effect on an officer moving -- an apprehension that he's being videotaped and may be made to look bad -- could cost him or some citizen their life," he said.

Government officials pretend they have the only answer to that question. But Nasser Al-Aulaqi's dead grandson suggests there is a far more accurate answer than the one those officials are offering.