The right's dumbest plot yet: Groundswell 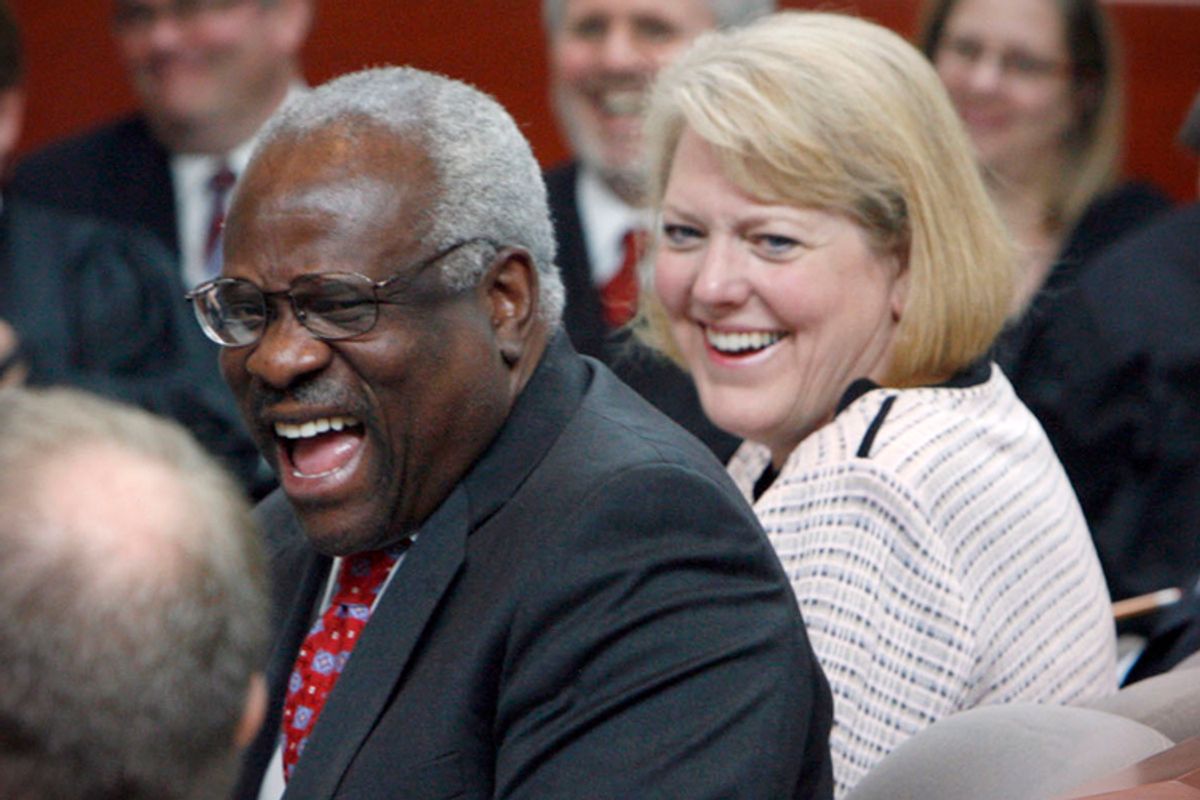 Do you have Groundswell fever? I do! "Groundswell" is the secret organization run by cool right-wingers like Ginni Thomas and John Bolton, a group charged with winning the 30-front war on liberalism. Long story short: Mother Jones' David Corn received another wonderful leak. This one is about a bunch of true-believing far-right clowns, and how hard they are all working at fighting a bunch of people who didn't even know they were involved in an ideological war against Ginni Thomas.

So, this is a great and delightful scoop, and bless David Corn for reporting it. But let's get real: While the people involved in this organization probably think that Corn has exposed a vast right-wing conspiracy, what he really exposed is the silliest corner of the vast right-wing conspiracy. Thomas and Bolton are both sort of "important" people, in terms of their familial or professional connections to people with actual power, but neither one of them has actual power or authority. John Bolton is a mustachioed parody of neoconservative foreign policy belligerence. Thomas is a true-believing weirdo. The media figures involved in this group are mostly marginal and widely disrespected even by conservatives. But that doesn't mean the group is entirely unimportant.

The conservative movement has this recurring tendency to create institutions and organizations based on what they imagine, in their fevered minds, that The Left is doing. They believe liberal bias is an intentional conspiracy to delude Americans by publishing purposefully slanted stories, so most explicitly conservative "journalism" outlets publish purposefully slanted stories where facts are subordinate to political point-scoring. Sometimes they create entirely redundant institutions when this process laps itself. They believed Brookings was super liberal, so they created Heritage. The Left created CAP in response to Heritage, so the Right creates 10,000 useless nonprofits that exist solely to fundraise.

It is also the case that, generally, The Right thinks The Left is already doing whatever they're doing, but more efficiently and better and also more viciously. As I've said before, there really is a right-wing talking points pipeline of sorts, and a great deal of "message coordination" among the various pillars of the movement, including conservative media figures. Because that's the case, because the Right is sort of decent at message coordination, they imagine that liberals are great at it, and that our commentators all get their marching orders from on high and dutifully repeat them until the world is convinced of lies like "George Bush was a bad president" or "immigrants aren't all drug-traffickers."

So when JournoList happened, dumb (and less-dumb) members of the right-wing media machine looked at it and saw evidence of conspiracy, instead of a bunch of like-minded people debating and arguing and desperately begging for links from commentators with higher profiles. Where there was consensus, they saw "coordination." They thought this because the Right sort of already did all that. And so now it only makes (tragic, hilarious) sense that some of the least intellectually impressive members of the conservative movement have banded together to create their own sad, weird parody of Grover Norquist's "Wednesday meetings" combined with what they imagined JournoList to be. This is the result: Groundswell. A cracked-mirror imitation of an imaginary conspiracy.

But this group of clowns and idiots has attracted the attention and participation of members of Congress, and the staff of at least one senator. This is the worrying thing. In a future Republican presidency, Ginni Thomas or Bolton might actually end up with some sort of job. That is terrifying.

This is another point about the modern Republican Party that some people miss: With some exceptions, Republican politicians aren't "pandering" to their base, or even scared of their base. They are their base. They consume the same media and believe the same crazy things. The only major difference between Senator Mike Lee and a random RedState diarist is occupation.