The comedian has a history with the "X-Men" actor 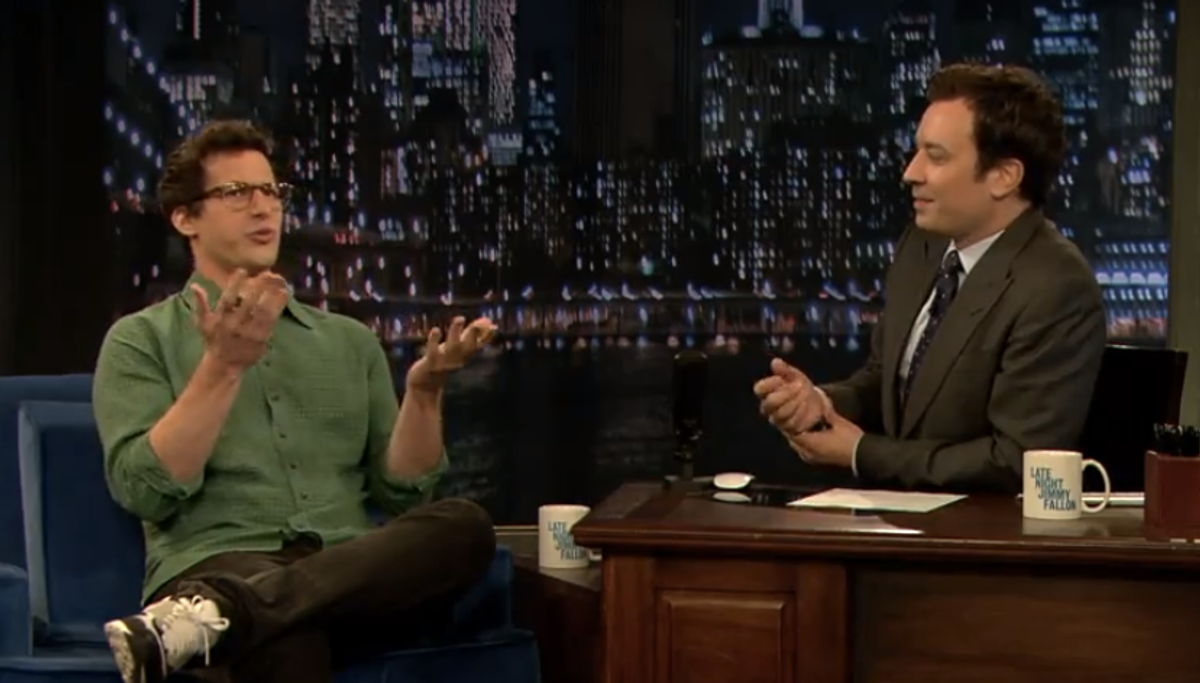 "SNL" alumn Andy Samberg is celebrating the success of The Lonely Island's recent "Wack Album," appearing on last night's "Late Night with Jimmy Fallon" to give it a plug. During the interview, he revealed how he got actor Hugh Jackman to sing on a track titled "You've Got the Look" (also ft. Kristen Wiig).

After Samberg did an impression of Jackman in a 2011 sketch, he had a serendipitous run-in with the actor during a Knicks game. "I had seen that he was at the game, like 'Oh no, it's Jackman," Samberg told Fallon. "The crowd sees me lock eyes with Hugh Jackman and he sees me and I go [gasp] and he goes [gasp] and he goes 'YOU! YOU'RE DEAD!'"

"And then he was very very nice," added Samberg.