Paging Anthony Weiner: Some manage to have Internet flings without the lies -- and with their partner's permission 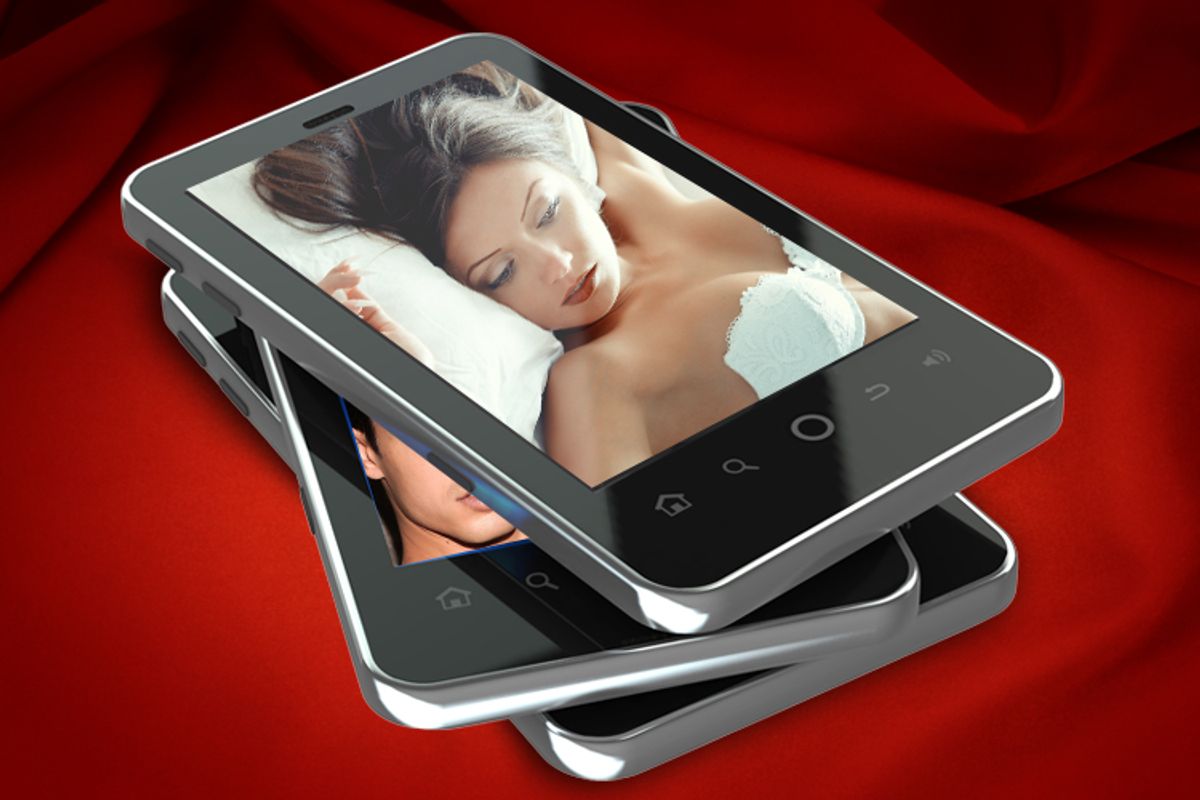 "John" is monogamous, except for when it comes to "tech-based stuff," he says. The same goes for "Samantha," his girlfriend of nearly four years. Call it whatever you want -- cyber swinging, polyIMorous or -- wait for it, wait for it! -- monogam-IT. What it means is they have agreed to only have sex with each other in real life -- but online is another story.

It's an especially refreshing example of consent and honest communication, given recent news of Anthony Weiner's secretive extramarital sexting. According to a survey by MSNBC.com/iVillage, 57 percent of men and 77 percent of women find flirtatious online chats and webcamming to be cheating. In the minority are people who either don’t count online flirting as infidelity or who, like John and Samantha, explicitly allow for it as the "-ish" in "monogam-ish."

"We are both allowed by mutual consent to be sexual with people other than each other," he tells me in, what else, an email. "But that interaction is limited to online/phone/Skype-based interactions rather than 'real life.'" There are other ground rules -- for example, "the person we're playing with must specifically be made aware of our relationship status and what is and is not permitted," he said, and mutual friends are avoided. He adds, "There's no romance involved, just a way to build tension and flirt and have fun."

I asked whether he felt that these online relationships put him at greater risk of a physical infidelity. He allowed that his partner is "more comfortable when the people that I flirt with are not geographically available," but said that their chief priority as a couple is to have a relationship that "balances adventure and security," "intimacy and autonomy." And it's not just sexy fun all the time: They’ve gone to a couples therapist to help them figure out this new terrain.

A 2005 study found that reasons for online infidelity (they didn’t look at cases of permitted extra-marital flirtations) are different from those for real-world, skin-to-skin cheating. "Contrary to our expectations, online infidelity is not a refuge for Internet users who feel discontented and miserable in their real life relationships,” they wrote. “Based on this finding, we can speculate that Internet infidelity is not intended to serve as an alternative to the ‘real life’ relationship, but as a safe experimental field in which to fulfill hidden fantasies and play new roles." That said, Texas Tech University researchers just came out with a study suggesting that online infidelity can sting just as much as in-person cheating.

Online sex-talk has its philosophical defenders, though. In an essay titled, "Chatting is not cheating," John Portman, editor of the anthology "In Defense of Sin," writes, "The Internet has not given us a new way to have sex but rather an absorbing new way to talk about sex." He argues, "Making room for chatting in a monogamous relationship honors but the promise of sexual exclusivity and the titanic power of the imagination."

As Andrew Sullivan wrote this week, "With countless interactive hook-up sites, and ever more apps that combine sexting with GPS, a huge proportion of the current and future generations will have sent pics of their boobs or butts or junk as a form of sexual play, fantasy, virtual interactive pornography, and, to a lesser extent, getting laid," he wrote. For these generations, it may be easier to see virtual interactions as private and masturbatory, even when other people are undeniably involved.

But it isn't just those raised on the Internet who are getting in on the action. Take 50-year-old Pat from Pennsylvania. She identifies as bisexual and Pam, her partner of nearly five years, is a lesbian. "About three years into our relationship, she caught me in the midst of an online sexual encounter with a man," she told me. Pam had left for the airport but discovered her flight was delayed. She returned home to find Pat in front of her laptop with her pants around her knees. The man on the other end was one of two that she had met in chat rooms and then begun "playing" with via webcam.

"It was devastating for so many reasons, but thanks to heart-wrenching therapy we are at a place of understanding and acceptance," says Pat. "In order for us to move forward, we have an agreement that online encounters with very strict boundaries can be a part of our relationship." In-person dalliances are forbidden, as are phone calls and the exchange of personal information. The rules help reduce the potential for jealousy, but it's still difficult for Pam. "What I still am struggling with is that there are unlimited possibilities online and I don't know if I'll ever fully trust that she will not stray outside of our boundaries," says Pam, who has flirted online with other women but hasn't yet taken it any further.

The same is true of Samantha. "I've explored it a bit with [John], but it's not really my thing, and it wasn't something I did prior to this relationship," she says. He, however, had engaged in it long before the relationship began. "It was difficult for me to accept at first because it didn't fit the 'norms' of a long-term relationship," said Samantha. "We had to talk about it a lot before I felt comfortable." It certainly isn't for everyone, but she thinks couples should at least confront the temptations of technology, and the increasing ambiguity of infidelity online, in whatever way is right for their relationship. "We're at the point where we need to get real about our expectations of our partners," she says. "I think it's better to just put it all out there and figure out what works for both of you, rather than create a situation where lying and hiding becomes the norm."

It isn't always easy, but Pat puts it simply: "We know that what doesn't bend, breaks."