In the age of blog-as-brand, taking a break can be anathema. But sometimes it's what writers need 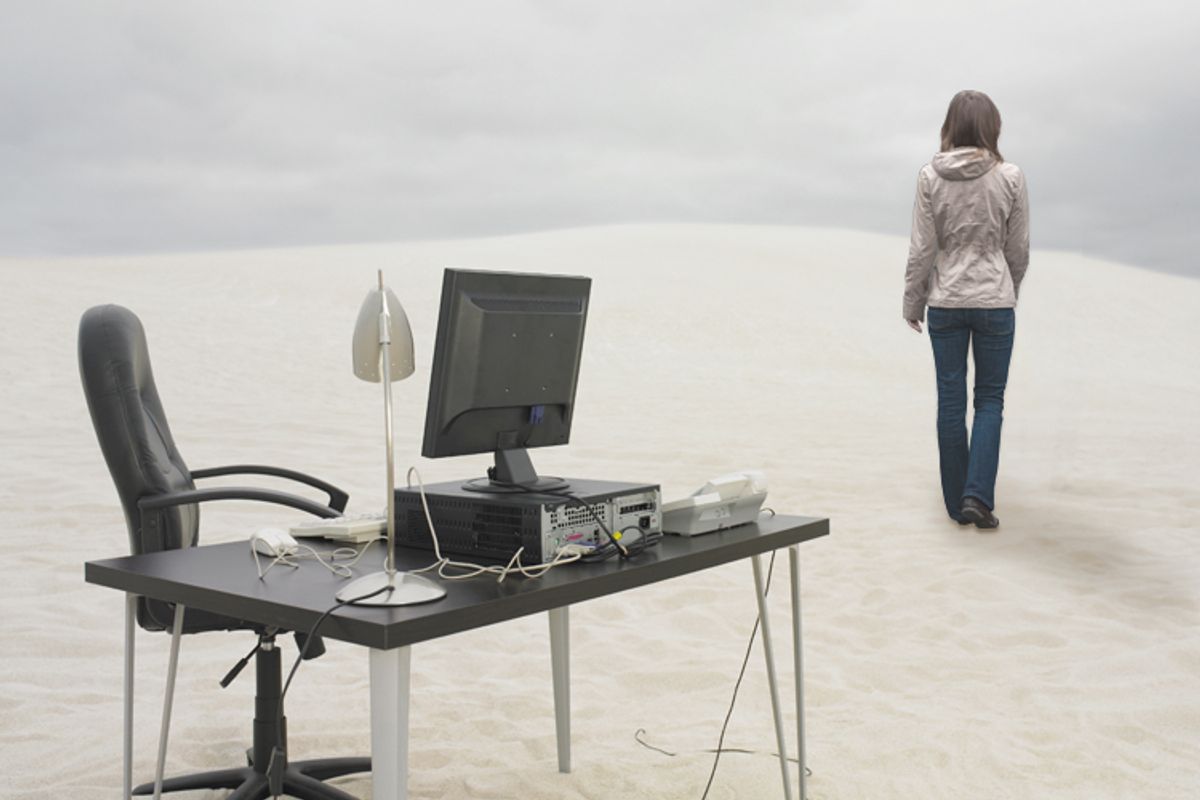 When Allie Brosh published her now-famous illustrated account of depression on her site Hyperbole and a Half, she was lauded, rightly, for producing one of the most moving descriptions of the disease since David Foster Wallace. But what was also notable about the piece was that it came a year and a half after her last substantive post -- an eternity in Internet time. From October 2011 to May 2013, Brosh dropped off the face of the web.

This doesn't mean she was idle -- her first book comes out this fall. But her long break is a reminder that the pace of Internet publishing can now make us feel like we're experiencing a stranger's life in real time. Until, suddenly, we aren't.

Twitter and Facebook may have replaced personal blogs to some degree, but for a lot of writers the personal site remains important -- especially if they hope to make money on their work. And the confessional atmosphere of the early aughts has, some say, been eclipsed by a more professional one in which every post is a branding opportunity -- which means walking away, or even admitting the desire to, can be especially difficult.

"If I'm not writing," says Kelly Diels, founder of the popular site Cleavage, "that's when you know I'm truly in trouble." In 2012, struggling with depression, she took an extended hiatus. "Although I stopped blogging for seven months – it felt like seven years – I never made a grand, conscious decision to step back from writing and stop publishing," she says. "What happens, instead, is that I don't make any decisions, at all. I don't admit that I'm in trouble; I don't decide to write or not write; but suddenly I can't publish anymore. [...] I don't want attention, I don't want responsibilities, I don't want."

For Carrie Arnold, a longtime blogger about eating disorders at ED Bites, a sort of enforced break came when she had a relapse. She had to leave her job and move out of her apartment, meaning she'd have no time to blog for at least a week. She had loyal readers, and, she says, "I knew that week's absence was going to be very noticeable." When she started her blog, she'd also "made a promise to myself and to my readers that I would never lie about the [eating disorder] and the symptoms and what recovery was like." She decided to blog about the reason for her absence -- but, she says, "I worried because I knew a lot of people were looking to my blog for hope for recovery and all that, and I'd fallen flat on my face and very narrowly escaped another hospital stay. I felt like they would be disappointed and they would give up."

Diels had a similar fear: "Here's what goes through my head like a ticker-tape: >What kind of leader am I? I can't even get my own shit together. It's hard to publicly admit that you're failing or feeling bad – especially when the blogosphere seems to be on a frog-march of relentless positivity. Cupcakes and unicorns! Awesomesauce! Happyhappyjoyjoy!"

The changing nature of the Internet can make it harder for writers to share their troubles. Blogger and author Esme Weijun Wang, who writes at her eponymous site, has been writing about mental illness online since the heyday of the social network LiveJournal in the early 2000s, and says those days offered a greater feeling of a closed, and therefore safe, community: "[LiveJournal] provided the illusion of privacy, which most of the Internet does not, now; LJ did so by allowing its [users] to write what were called 'friends-only' posts, which meant that everyone who read your 'journal' had been vetted by you prior to being allowed to read your (often intensely) personal material. Often, we only knew one another by our LJ names; I knew my closest LJ friends by their first and last names, but I for example went under a Caucasian-sounding pseudonym for years." Now that more blogs are open to whoever wants to read them, Wang says, "I feel more isolated than I did during the height of the LJ days of writing, when everyone else was equally open and unconcerned with fear about, say, their boss reading about their last night's crying jags."

And, she adds, "The sweeping monetization of blogs, by which I mean the nagging feeling that there is no room on the Internet left for bloggers who aren't interested in moneymaking, also affects how I experience the Internet these days." People trying to make money from their blogs may be less inclined to reveal the darkest aspects of their lives, and more likely to take the "cupcakes and unicorns" route.

Blogging for those who monetize their sites is, of course, a job, and hard to walk away from for many of the reasons any job is (there may be no boss to apologize to, but there's also no disability insurance). And for the many bloggers who've built a following, it's a little like being a celebrity -- you can't quit without people noticing. Eleazar Eusebio, a therapist and professor at The Chicago School of Professional Psychology, notes that blogging about mental illness creates certain expectations: "If you put something out there, you almost have to come out with some finished product. We're always looking for what happened." And if we don't get it, "there's a feeling of, where did this person go?"

For some, the antidote to that can be openness. Says Arnold, "I realized a lot of the sugar-coated, happy-happy versions of recovery didn't resonate with me. They didn't seem realistic." Ultimately, she's proud of her decision to write about her reason for needing a week off: "I really feel that presenting reality with all of its warts is more helpful than pretending relapse doesn't happen."

Says Diels, who came back from her time away and later wrote a deeply personal essay about her struggles, "I'm writing about it when I'm still in the dirty-dirty of depression. I'm not sanitizing my experience or insisting on manufacturing a happy ending when there isn't one. And, I hope, being real about depression might help other people who are in it, too."

If you trace it back to LiveJournal as Wang does, then blogging didn't start out as either a job or a road to celebrity, however small. It started as a way to share feelings, sometimes exceedingly raw ones. And even if sectors of the blogosphere become overwhelmed with "relentless positivity," there will always be those readers who came in the first place for a writer's personality -- for a glimpse, however small, of his or her real life. And sometimes that life includes the need to simply stop writing for a time. Wang says she's anxious when she needs to let her site lie fallow, preoccupied with "the fear that my site's readers will have forgotten me by the time I return." But, she says, "my readers tend to be loyal ones, I've found, and are generally still there when I come back."