The network didn't disclose this association 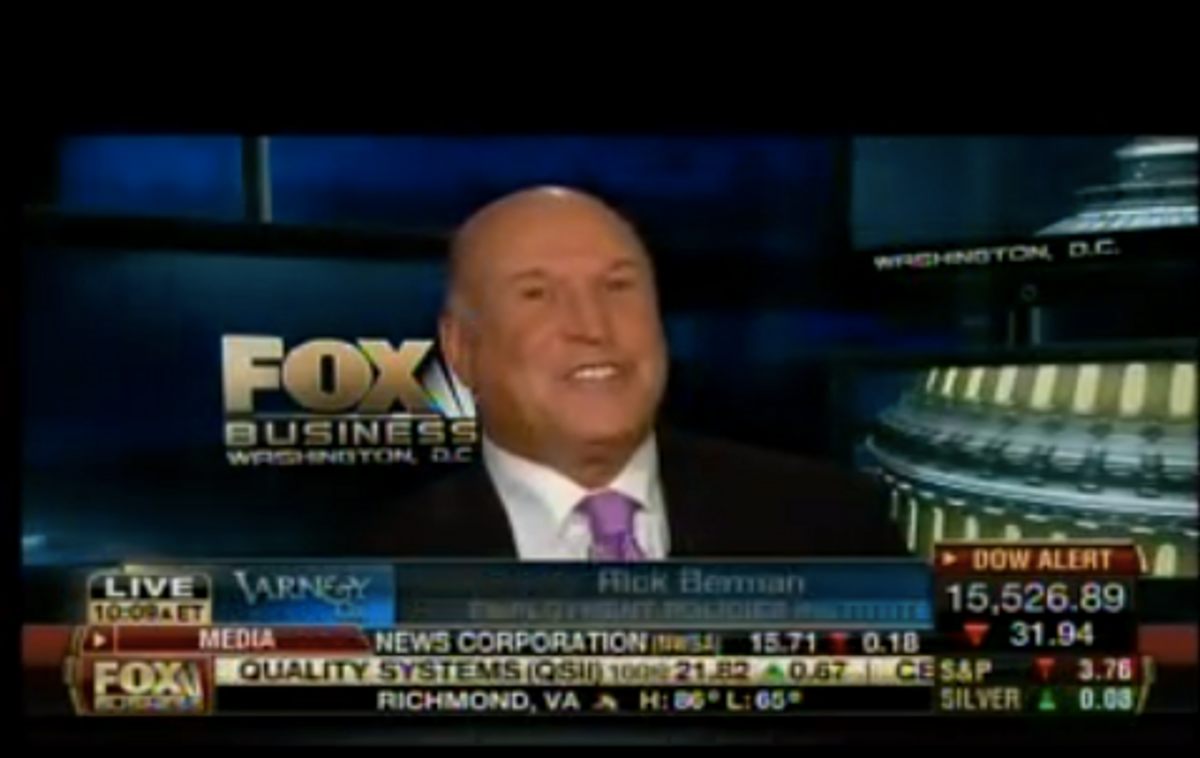 This morning fast food workers walked out in seven cities, demanding a raise to $15 an hour and the right to form a union. The Fox Business Network invited Richard Berman of the Employment Policies Institute (EPI) to respond. According to Media Matters:

Berman, a corporate lobbyist, was allowed to provide this input without disclosing his organization's ties to the fast food industry. According to Citizens for Responsibility and Ethics in Washington, the Employment Policies Institute is one of many front groups associated with Berman which provide political cover for clients in the restaurant, hospitality, alcohol, and tobacco industries. Berman specializes in a so-called "aggressive media outreach" approach intended to "change the debate" in favor of major clients.

As Berman sees it, the fast food business model can't support paying $15 an hour and raises the incentive (as if it hadn't maxed out already) to replace workers with iPads or some other automated method. Berman says this knowing full well that there's not (yet!) an iShill app to replace him.