I couldn't stop hitting my husband

I promised myself I wouldn't do it again, but then I would explode in rage. Could I ever learn to control my anger? 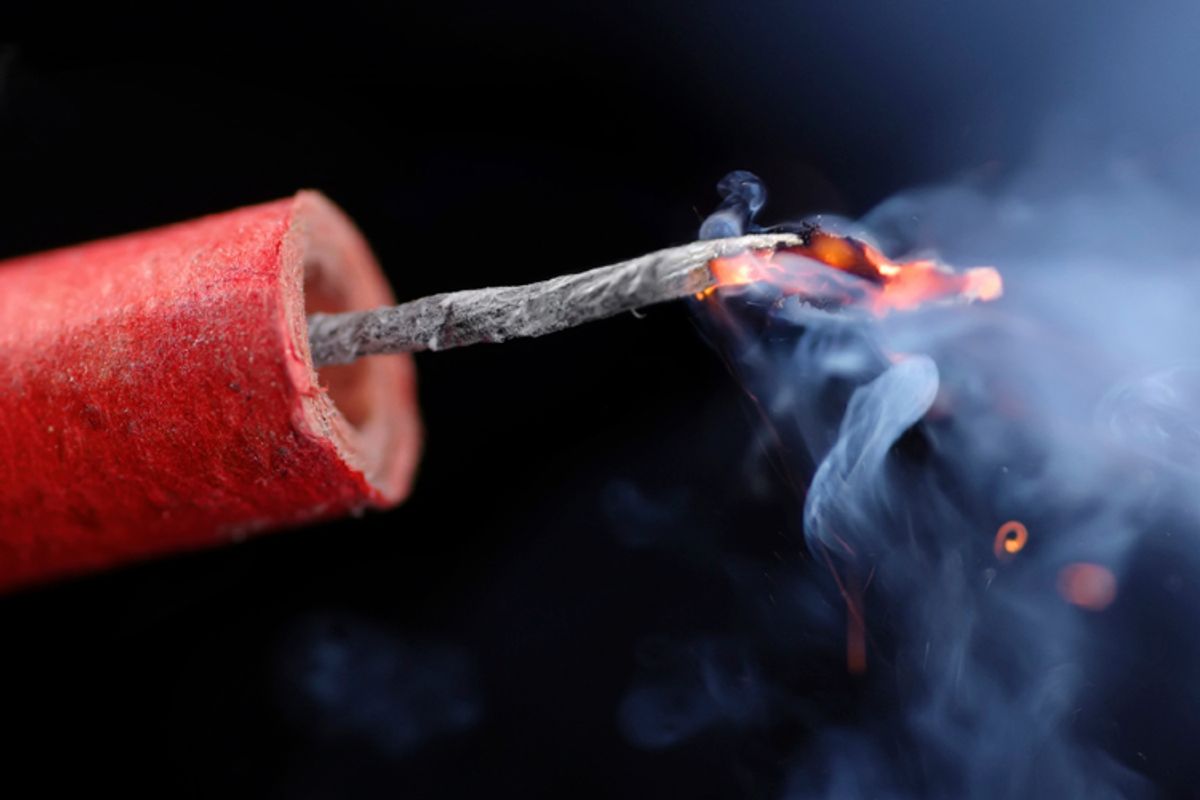 I have little memory of the first time I hit my husband. We were having a small argument (about what, I have no idea) that escalated in the usual way. We both took our stances, and proceeded to drag the other person over to our side.

His red face was near to mine. Our voices grew louder. Name calling began. I felt like lava had been poured into my bloodstream, and I was being propelled toward that unforgivable line of violence. “I can’t believe this is happening,” I thought, as my fist closed and I hurled it toward the side of his face. It wasn’t like I made a choice. It’s more like my foggy, overheated brain just let go and waited to see what happened.

As a kid, I was always losing my temper. My frustration catapulted to anger, skipping all the levels between slightly mad to churning with rage. I was like one of those dangerous Grand Prix racing cars that went from zero to one hundred in seconds.

By the time I was 12, I’d punched and thrown things at every wall in every room of our family’s house. I’d kicked in the sliding glass window because the dog wouldn’t stop barking. I’d hurled my record player into my model horse collection because my Jackson Five album kept skipping. I had not grown up in a household of violence, though my mother struggled with mental illness. The abuse I suffered was mostly emotional and verbal.

But it seemed I was at the mercy of my rage. It always began with that hot lava feeling, and before I knew it I’d thrown a plate of scrambled eggs against the wall, knowing that I was totally out of line but feeling a few seconds of absolute relief. And then debilitating shame.

My husband and I weren’t even married yet when I first hit him. Afterward, I tried to rationalize what happened. I told myself I hadn’t hurt him. How could my scrawny 5’4” self actually hurt his strapping 6’2” frame, right? I swore it wouldn’t happen. But it did anyway.

My anger became my biggest secret. Whenever I commiserated with my sister or best friend  about our husbands, I would agree that, yes, men are maddening. But I would always leave out the the part about me hitting or slapping mine. I wasn’t lying exactly. Besides, I’d tell myself, it hardly ever happens.

But I knew it was wrong. Being a child who hits inanimate objects is one thing, but being a grown woman who directs her rages into her husband’s face is something else entirely. Each time it happened, I’d apologize profusely. Each time, my husband would forgive me, and I’d vow it would never happen again. But it always did.

I began to wonder: Was I the only woman experiencing this? I never heard any of my confidantes sharing anything close. Experts on the subject often mention how little the behavior is reported; it’s been known as “the most under-reported crime.” Though a 2011 study from the Centers for Disease Control and U.S. Department of Justice claim more men than women were victims of intimate partner violence that year, the behavior is waved away in many circles. On television, a woman slapping a man is shown as a righteous triumph. You go, girl!

But I felt out of control. My anger was a steamroller that crushed every other emotion. Whatever feelings existed below were trapped underneath.

I told myself couples therapy was the answer. My husband and I would learn how to communicate, once and for all, and indeed, we inched toward a more peaceful place during those months. We dealt with our mother issues. We learned to listen and argue better. We made better boundaries. But those feelings began to clamor to the surface, demanding to be felt.

Small things could ignite my fuse. He would leave clothes on the floor and soon we’d be in a full-blown argument and it was all I could do not to pick up my favorite flower vase and hurl it across the room. Simple discussions about our next vacation made me feel like I was drowning in quicksand, eaten up by emotions. When I threw a cake halfway across the kitchen -- directly at my husband -- it was a moment of reckoning. My marriage counselor recommended I see his colleague alone. I needed one-on-one sessions for my own anger.

He did have a solution for me, though I was skeptical at first. He told me to write whenever I got angry. I had to promise that, if I started to feel overtaken by rage, I would leave the immediate situation and then spill everything I was feeling onto the page. No editing. No censoring.

I wrote like a locomotive. I paused slippery-slope conversations with my husband to vent on on the page. If his tone struck a nerve or I saw him rolling his eyes, I saved my opinion about that for my journal. I couldn’t believe something so simple could solve something that had plagued me for so long. But eventually, something in me began to shift. I stopped having the urge to throw things. For the first time, I had control of my outbursts.

I still feel that boiling lava spread across my chest sometimes. Arguments happen. We’re married. But I don’t give in to it anymore. I grab my journal, or the closest piece of paper, and I explode onto the page.