James Deen: "I no longer am willing to talk about Lindsay Lohan" 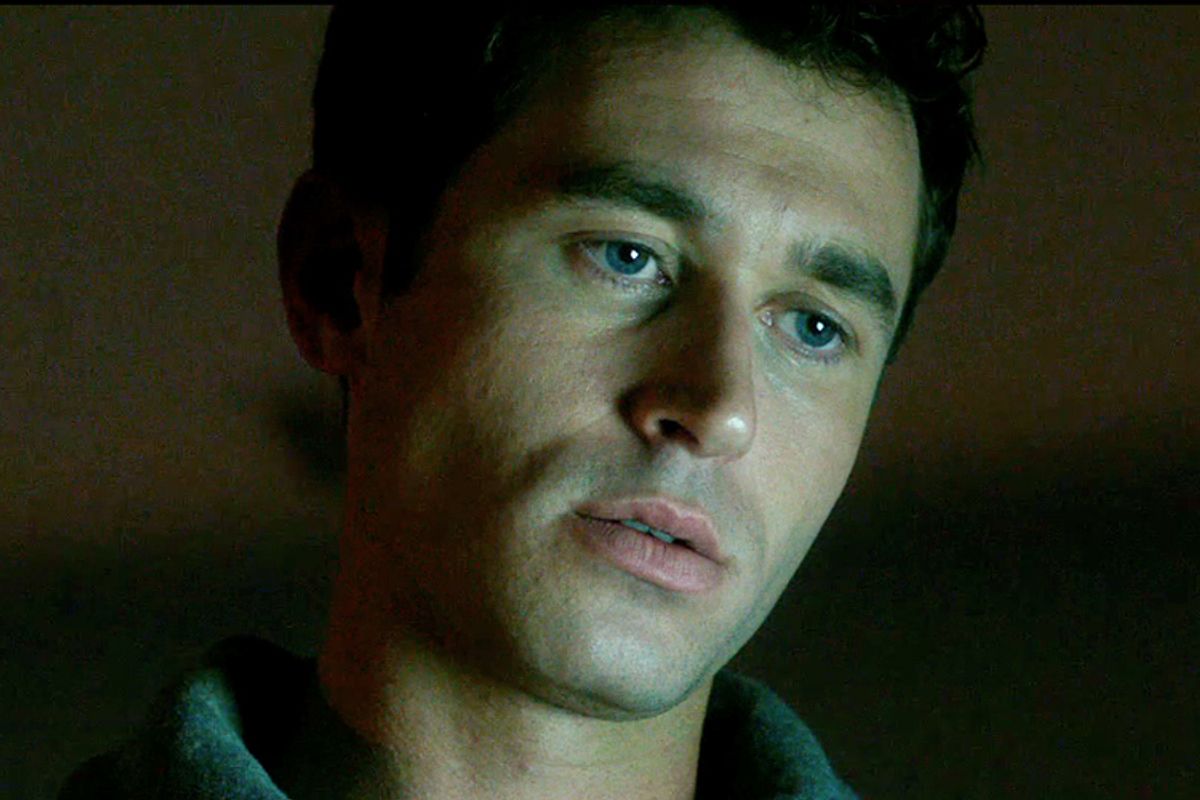 James Deen's moment has arrived -- that is, if you're one of those people who believes that adult film stardom is somehow less than mainstream success. Deen himself wouldn't agree.

In "The Canyons," Deen achieves a dream of playing a character written by favorite nihilistic novelist Bret Easton Ellis, who wrote the screenplay; the plot diverges little from Ellis's general mien of California apocalypse, shadowy figures of imminent threat, and men with a taste for the worst humanity has to offer. To say more would be to spoil! But know this: Deen's no villain in real life; he told Salon that the virtues of working on an adult film set include an enhanced level of respect, and described how frustrated he is with tabloid coverage of his castmate who, currently in rehab, is not able to promote the film herself.

Why did doing a mainstream film even appeal to you? Your career in adult film seems to be thriving.

Pretty much what happened was, I never particularly wanted any career in the mainstream or "straight" industry -- whatever the movie industry is called these days. I always wanted to do exclusively adult films. But Bret Easton Ellis is someone I've been a fan of since I was a kid: I read "American Psycho," "Less Than Zero," and saw the movies. I wasn't a die-hard Paul Schrader fan -- I definitely admired his work, like "Raging Bull" and "Taxi Driver."

What got me super into the idea of doing this movie was when I met with Bret and he told me their whole philosophy -- Hollywood produces crap upon crap, no one's doing things with craft in it. The principle of this movie is a group of people who want to make something. They're not worried about how to sell it. They wanted to make it as cheaply as possible, and to make money back with video on demand and Netflix, to get crowd-funding with Kickstarter. It was a project just to make a project -- and that thrilled me more than anything. Even more than working with Schrader and Bret, it was that mentality that excited me.

Would you do a Hollywood film again?

Doing it was such a great experience that -- I'm not actively searching for work to be the next Hollywood star, but it was pretty fun. When someone sends me a script, I do read it seriously.

It's apples and oranges. The adult film industry is just another form of entertainment. In the mainstream industry, there's the movie industry and the TV industry, and in adult film, you have DVDs vs. the Internet and those are completely different. The only common thread they seem to have -- from my very limited experience in TV and mainstream film and my vast experience in adult film -- is the desire to entertain and create. There's some artistic integrity in every field. And then you have Michael Bay: I don't know if he has artistic integrity -- he makes big blockbusters and they're not good. In every industry, there are the labors of love and passion projects, and the people who have the desire to make their movies with lots of artistic integrity. Then there are the people who just want to make a buck.

Do you think that doing "The Canyons" will expose you to a new fanbase?

I have no idea. I had a weird meltdown six months ago. I have this t-shirt company. I have my own production company. And in the next 15 minutes, it's gonna be over. I'm the flavor of the week! My friend from when I was a kid said, "You've never tried to be famous, you never had dreams of stardom, and all these things just happened because you're being yourself. As long as you are personally happy, things should pan out okay."

I've never done any research about who my fans are. I try to operate with the mentality that if something isn't going to make me smile, there's no point in doing it. It'd be cool if more people knew who I was. Then I could have a wider audience to sell baby panda T-shirts and, if they're over 18 they can buy a membership to jamesdeen.com. The audience fuels my ability to do what I want to do. I always say, a good rule of thumb is to never read comments posted on the Internet.

What did you make of the New York Times Magazine piece that portrayed the set as a chaotic place and Lohan as a less-than-completely-professional co-star?

I thought it was a great article -- a great read, really entertaining. I speak to the author from time to time still, and I told him it was like real life reflected in the mirror and retold for dramatic effect. Everything in it is true -- but it's not exaaactly how it went down.

There are such dark and apocalyptic themes in your movie -- but your work is so fun and sunny, I gather.

What I really liked about this movie -- well, first, Bret sent me the treatment to read and I really loved the story. Then, in addition to that, hearing the philosophy behind this movie, I got to work on Bret Easton Ellis's script and met Paul Schrader and [producer] Braxton [Pope] -- and then Lindsay Lohan signed on! It was a bonus! "Lindsay Lohan signed on, this'll be great!"

But it wasn't a matter of experimenting in areas I wasn't already experimenting in. I act every day -- I do all different sorts of characters. I have fun with it! It's not take as seriously as a mainstream movie. The primary objective of an adult movie is to arouse, not to make people think deeply about character development. The role I wanted to play in this movie was the stereotypical Bret Easton Ellis high-functioning character you secretly root for. Patrick Bateman [the protagonist of "American Psycho"] is hands-down the bad guy, but kind of the protagonist at the same time. You have these characters who aren't "good," but you're rooting for them.

I just really enjoy creating. I really like making something. The fact that I got to watch it come to life from day one, from not even anything but a story in Bret's head -- I'm pretty excited about it. I hope people see it and don't think I suck.

Did working on this film clarify any opinions you had about working on adult films?

Adult films are exactly the same as mainstream films. They run the same way. With budgetary things, it's often a skeleton crew. As far as coverage and stuff, it depends on what kind of thing it is. If it's, like, "I'm the plumber, here to fix your pipes," obviously it's little more one guy with a camera and some lighting guys. But the project I worked on today was not a plot-sensitive thing. There are a lot of people from mainstream film as well, with a high production value and the same amount of time. But mainstream is just the acting part -- in adult film, after you do the acting part, then you do the sex part. By comparison, mainstream's pretty easy!

Do you feel that the literary work of Bret Easton Ellis has contemporary merit?

With "Less Than Zero," there are certain aspects that can be still relevant today. "American Psycho" is a timeless tale.

What about for you, personally? Have you met the sort of creepy West Coast hustlers that haunt his work?

I haven't -- until doing this movie, since then and during my exploration into mainstream world, I have. All the stereotypes, I've met them now. And it's made me embrace the adult world.

It's not everybody. I've met a complete range of various people. But there are a good amount of pretty stereotypical scumbag L.A. people. Thank god I have another job! Put it that way. Some people I've had meetings with, I'd say, "I'm gonna just leave." Hollywood's got some dirt to it.

Say more about that. You never encountered "dirt" like that in the adult film world?

The adult film world vs. the mainstream world -- mainstream people are motivated by things like glitz, glamor, fame, money. The true artists exist, but there are also plenty of the opposite -- people a little less awesome. People's primary motivation in the adult world is that they really like sex. They have their motivations but because they're engaged in sexual activity with near-strangers, everyone's overly respectful. The whole thing in the New York Times [Magazine] article which I found very flattering was how it showed that I treat people well. In the adult world, you treat everyone the way you want to be treated. People are overly careful in order to make sure everyone's comfort level is respected. Everyone stops, and everyone listens. Because you can't force someone to have sex with someone. Everyone promotes equality and friendship and all those wonderful things.

You don't think "mainstream" Hollywood will change you?

I hope not. I feel like there's no reason you can't just politely excuse yourself from any situation. If someone's treating you poorly, leave. I'm not worried about people treating me poorly. I'm 27 -- I'm young, I'm a child. I'm pretty set in my ways and have been formed well by my parents. I hope that doesn't change.

What are your thoughts, in retrospect, having worked with Lindsay Lohan, an actress who's so commonly portrayed as turbulent?

Here's the thing with Lindsay, and I really feel bad saying this. I no longer am willing to talk about her. I try to be transparent and tell the truth. I've done a good job of telling the same story, the same time -- every day. People were tired of the same story and they twist it in a tabloidy way. If you look at articles, one will say "James Deen praises Lindsay" and one will say "James Deen slams Lindsay" and the quote is the same.

I can say she was great to work with. It was an honor to have her included on the film. Braxton and Schrader asked if I was cool with her, and I said, "Hell yeah, of course!" She's gonna bring the movie to a limelight we ourselves could not have done.