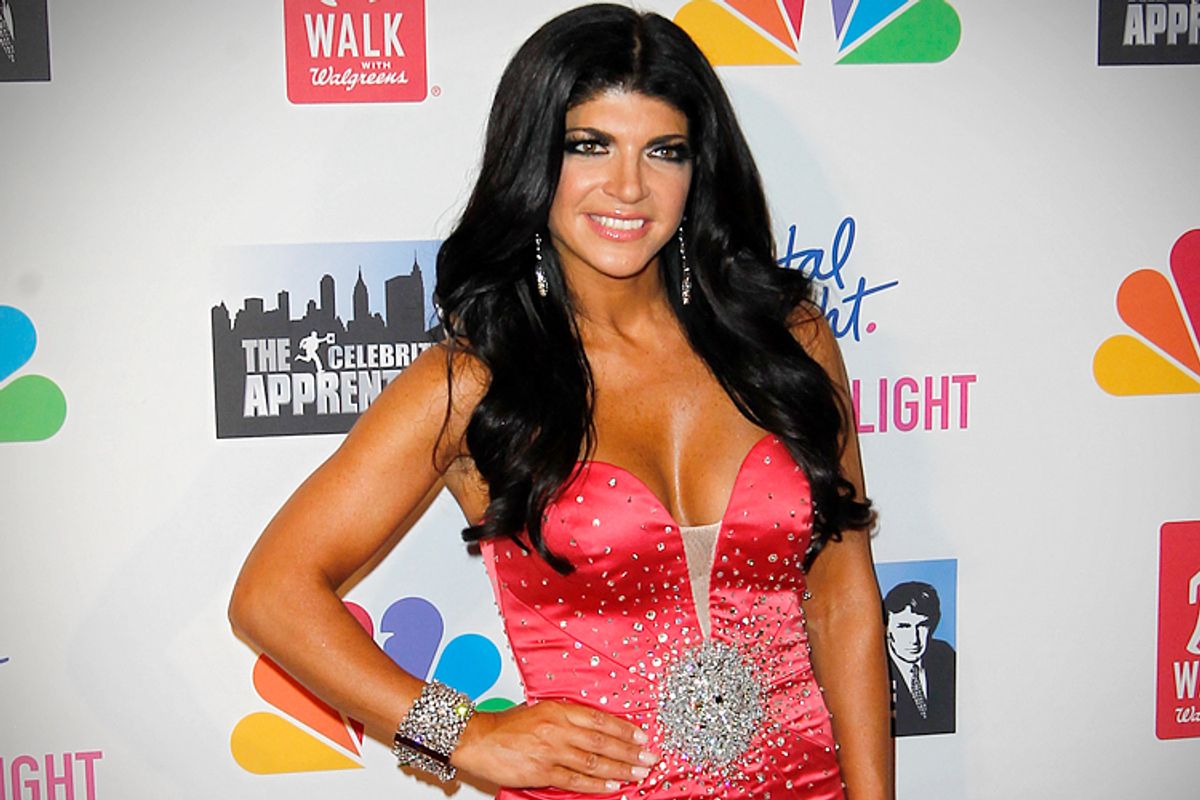 Reality has once again intruded upon the lucrative "Real Housewives" television franchise.

Teresa Giudice, a cast member on "The Real Housewives of New Jersey," was today indicted along with her husband, Giuseppe "Joe" Giudice. The 39 counts against the pair include "conspiracy to commit mail and wire fraud, bank fraud, making false statements on loan applications and bankruptcy fraud."

The pair are alleged to have lied to bankruptcy court and to the IRS, as well as to have hidden assets and income. The parents of four young children, whose lavish lifestyle has been documented in detail on the Bravo series (currently in its fifth season), filed for Chapter 7 bankruptcy in 2009.

In the intervening years, Teresa Giudice has become the breakout star of the franchise, appearing on "The Celebrity Apprentice" and publishing cookbooks include "Skinny Italian," "Fabulicious!," and "Fabulicious! On the Grill." She was the one who threw a table in the first season, cementing the show's success, and recent plotlines on the show have featured her fears that Joe would be headed to jail for allegedly obtaining the driver's license and birth certificate of his brother. (He was potentially facing up to ten years even before today's charges.)

This is not the first time the franchise's personages have been embroiled in real-world crises; in 2011, Russell Armstrong, the husband of one of the "Real Housewives of Beverly Hills," committed suicide after months of revelations about his past conviction, lawsuits, and bankruptcy, as well as reported husband-and-wife scams.

“The indictment returned today alleges the Giudices lied to the bankruptcy court, to the IRS and to a number of banks,” said U.S. Attorney Paul J. Fishman. “Everyone has an obligation to tell the truth when dealing with the courts, paying their taxes and applying for loans or mortgages. That’s reality.”