Did Aaron Sorkin recycle a "Newsroom" joke from "Family Guy"? 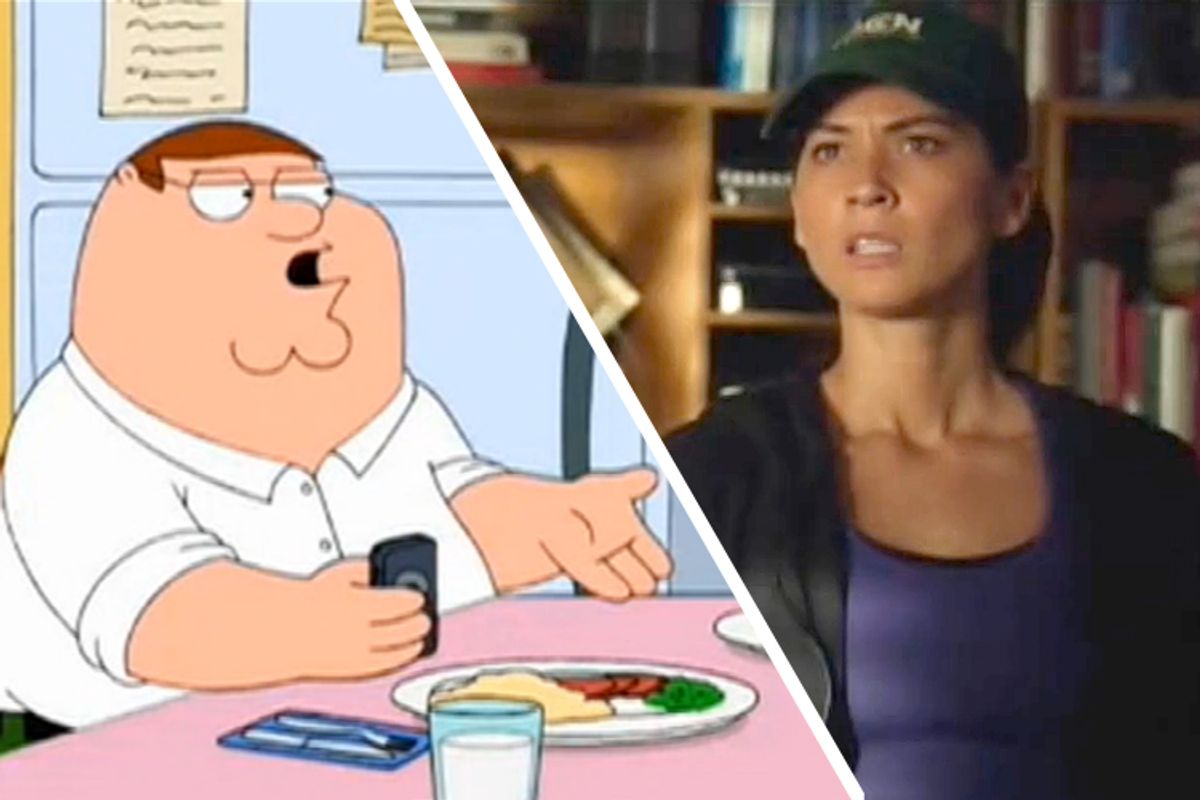 In our recap of "The Newsroom"'s second episode of the season, we noted that Maggie "explains to Sloane how you know if someone is screening your calls (it goes to voicemail after two or fewer rings)." Sloane, played by Olivia Munn, was shocked at this news, but it's a fairly common observation.

So common, in fact, that it's ground already trod by "Family Guy" five years ago! In a 2008 episode, Peter explains to his wife Lois how he knows that his phone calls to Jesus are going straight to voicemail, because the phone rings just twice. Video editor Dave Blair spotted the similarity and edited together "The Newsroom" and "Family Guy"'s respective treatments of this modern -- but not exactly new -- conundrum.

Despite how seamlessly the two fit together, we can hardly presume that anything nefarious is going on. Indeed, given "Newsroom" creator Aaron Sorkin's deep disdain for "snark" -- as expressed in the third episode of the current "Newsroom" season, and constantly -- it's impossible to imagine him settling in for a night of Seth MacFarlane's reruns on TBS. But someone in "The Newsroom" writers' room might want to do a quick Google search the next time Sorkin, the screenwriter of "The Social Network," thinks he's noticed something new about technology.