Cities will save us!

Our cities are living laboratories for experiments in how we want to live, and Dream City will chronicle them all 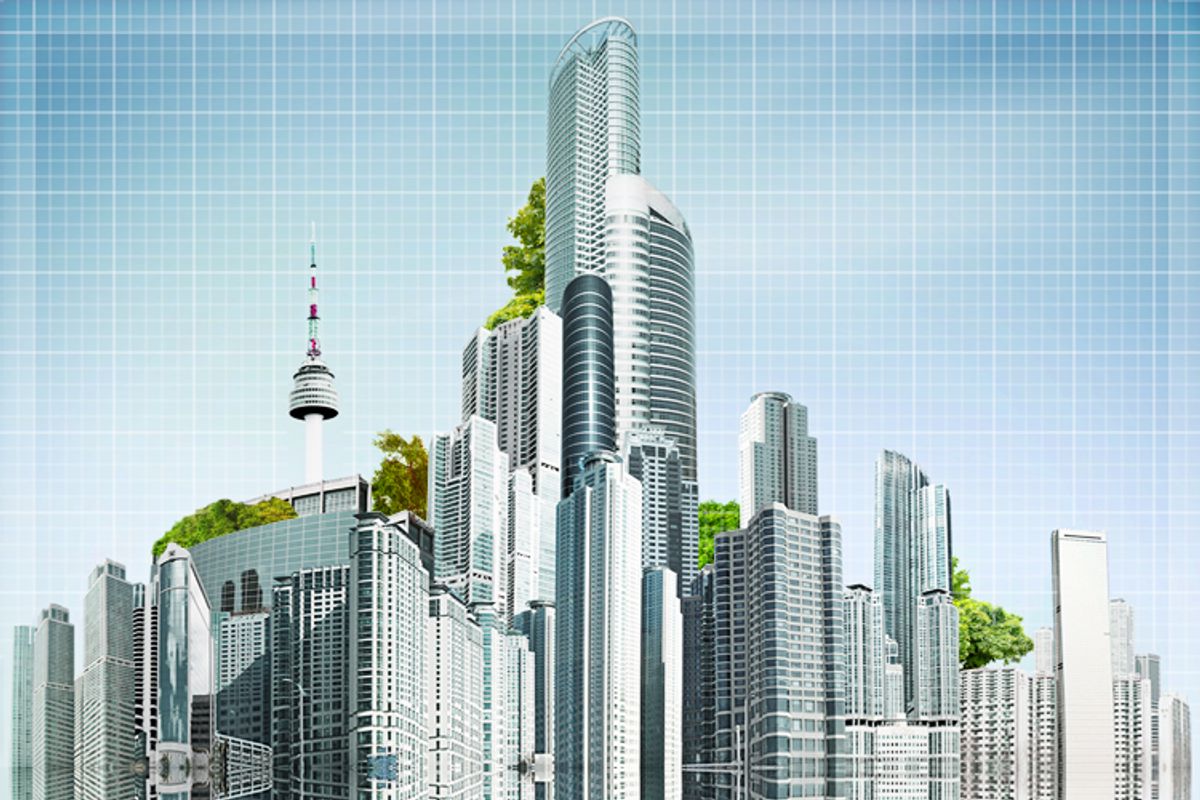 At the start of his book "The Culture of Cities," Lewis Mumford makes a claim that, among his many timeless observations, strikes an odd note.

Of all the hopes we now pin on the urbanization of the earth, halting fascism is surely low on the list. But when "The Culture of Cities" was published in 1938, the armies of Francisco Franco were on the cusp of victory in the Spanish Civil War. Mussolini pushed through race laws in Italy. Adolf Hitler was Time magazine's Man of the Year. (Incidentally, Mumford also appeared on the cover of Time that year.) Fascism was the preeminent political issue of the day, and in response, Mumford looked to the city.

Times have changed, but the instinct persists. Cities are the world's largest ink-blot tests. Where Mumford saw a bulwark against fascism, his successors, like blind men around an elephant, have observed evidence of their own concerns.

There has always been plenty of pessimism for the urban: Critics have seen the city as a source of vice, pollution, disease, crime, greed, corruption and disorder. A hotbed of over-regulation, dependency and patronage. The scene of environmental destruction and economic exploitation.

But for every vice, there's a virtue: the city as a harbor of tolerance and assimilation, a hub of scientific innovation and economic growth, a tourist attraction, a center for the arts, a ticket to upward mobility, a key to saving the environment. And then some. A great city, Mumford wrote, represented the pinnacle of human achievement. "Man's greatest work of art."

The most impressive symbols of this massive migration are certainly the world's 23 "megacities" (up from four in 1960), which each house more than 10 million humans. But these name-brand metropolises -- Rio de Janeiro, Moscow, Shanghai and the rest -- represent little over 10 percent of the world's urbanized population. The bulk of global urbanization is occurring in thousands of smaller, less familiar cities.

Urbanism has always been a highly theoretical field. They say baseball is the only profession where the best practitioners succeed only 30 percent of the time; in architecture and city planning the rate is much, much lower. Not even your little plans are likely to be realized, the architect Daniel Burnham once said. (Better to dream big, then, he concluded.) But the world now contains over 100 cities with more than 3 million people, and hundreds more with over a million residents. There may not be money or political will for Burnham's grand "city beautiful" schemes, but there are more case studies than ever. We are entering the great era of urban experimentation.

There are cities trying to figure out how to get bigger, like Paris, or how to get smaller, like Detroit. There are cities making traffic move faster (Mumbai), and slower (Zurich). Cities struggling toward democracy, like Cairo, and cities founded to avoid it, like the city-state developing in the Honduran jungle. Cities where people get to work through the air (Medellín), and cities where people get to work through the water (Venice). Cities that war has depleted (Damascus), and swollen (Amman). Cities that control the birth rate (Wuhan); that make immigration policies (Los Angeles); that offer free transit (Tallinn).

In "Delirious New York," the Dutch architect Rem Koolhaas called Manhattan "the twentieth century's Rosetta Stone." The New York isle's unique balance of order and chaos decoded life in a century of immense technological progress. It seems impossible that the coming century will offer such a singular paragon. With the urban age ahead of us, Koolhaas' appreciation of Manhattan -- "a paradigm for the exploitation of congestion" -- is up for grabs.

With the freedom to flip the toggles and levers of the metropolis, how much is possible? In this column, I'll try to parse the rapidly accumulating body of knowledge on city life. Each week, the column will run down the best ideas emerging from the living laboratory of the city, from Seattle's edible parks to Santander's ubiquitous data collection, and examine the challenges that accompany the urbanization of the planet.

Thinking about the future of cities is a popular pastime. I imagine that for an architect, envisioning the possibilities of urban life is to regular blueprints as, for a writer, poetry is to prose: the freest form of the art, unencumbered by reality … and there's no money in it. Philosophers and storytellers have also been drawn to the subject. Science fiction movies are perhaps our richest and most influential trove of metropolitan visions. The future looks like a city. Like Cloud City from "The Empire Strikes Back" or "Blade Runner's" L.A.; "Metropolis" or "The Jetsons."

But it helps to look back as well as forward, because urban studies tend to be cyclical. Upon visiting Paris, for example, Jean-Paul Marana wrote: "Luxury here is so excessive that anyone who wished to enrich 300 deserted cities need simply destroy Paris." This was around 1700; some three centuries later Marana's words would still resonate with those living on the margins of the City of Light.

Lessons and examples are only worth so much, though. If the metropolis of the future were a catalog of best practices, a model to be assembled from a diagram, city life would become very boring indeed. There may be a point at which policy, infrastructure and architecture converge to create the dream city, but it's still far away. For now, at least, there's also that most nebulous and coveted of urban qualities: character. The culture of a city doesn't fuel discussions at think tanks and government meetings, but when we think about the places we love most, it's sharp in our minds.

The French writer Jules Romains called it unanimisme: the collective consciousness of city life. It's a bond that's hard to describe but easy to recognize, instantly familiar to New Orleans residents during the Mardi Gras parades or Beijing residents when the smog rubs its back upon their windowpanes.

Romains felt the sensation most strongly on the Paris Métro, "the intermediary being, the living, fluid cement that will figure out how to bring men together." Even Franz Kafka was inspired. "You're not far from men," he wrote on a subterranean voyage around the French capital in 1911. "You're one element of an urban system, something like water in conduits."

That, I think, is what Mumford meant about cities as a defense against fascism: Density forces strangers to live side by side, to tolerate and perhaps even appreciate their neighbors.

And that’s only one reason to imagine the future of cities.