In an editorial for USA Today, a former president of the APA defends trying to "cure" gay people 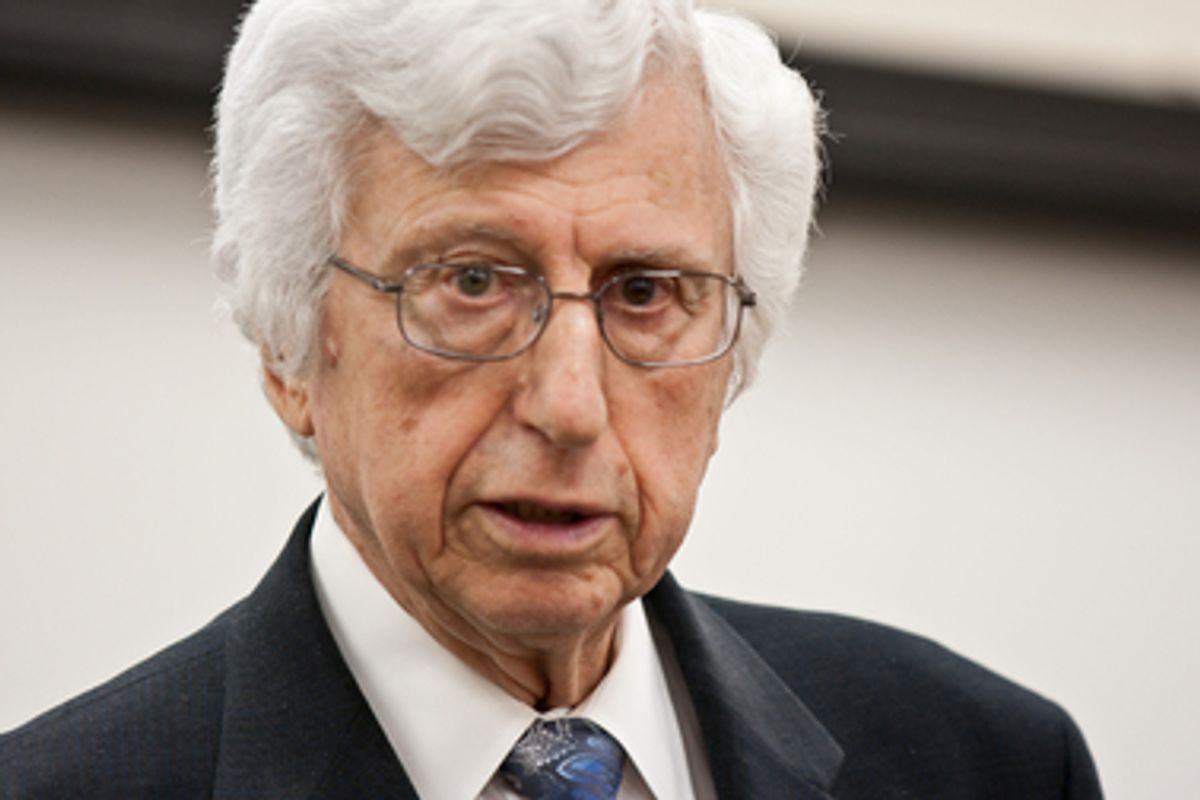 Nicholas Cummings was the president of the American Psychological Association from 1979 - 1980, but he now believes the organization he once led has been taken hostage by “ultraliberals” beholden to the “gay rights movement,” at the expense of "scientific objectivity." The people Cummings is describing here sometimes go by the title "licensed therapists" and "accredited medical associations that disagree with Nicholas Cummings."

You see, Cummings is a proponent and former practitioner of ex-gay therapy, a discredited (except, that is, among right-wing Christian organizations and "ex-gay" practitioners) pseudo-therapeutic practice that seeks to "cure" gay people.

On Wednesday, Cummings defended so-called reparative therapies in an editorial for USA Today:

Of the roughly 18,000 gay and lesbian patients whom we treated over 25 years through Kaiser, I believe that most had satisfactory outcomes. The majority were able to attain a happier and more stable homosexual lifestyle. Of the patients I oversaw who sought to change their orientation, hundreds were successful...

Since then, the role of psychotherapy in sexual orientation change efforts has been politicized. Gay and lesbian rights activists appear to be convincing the public that homosexuality is one identical inherited characteristic. To my dismay, some in the organized mental health community seem to agree, including the American Psychological Association, though I don't believe that view is supported by scientific evidence...

A political agenda shouldn't prevent gays and lesbians who desire to change from making their own decisions.

Whatever the situation at an individual clinic, accusing professionals from across the country who provide treatment for fully informed persons seeking to change their sexual orientation of perpetrating a fraud serves only to stigmatize the professional and shame the patient.

Interesting that Cummings should be so concerned about shaming patients, as the lawsuit filed by the Southern Poverty Law Center against the ex-gay organization Jews Offering New Alternatives for Healing (JONAH) -- which Cummings denounces as "damaging" -- offers several accounts of abusive practices recipients of "ex-gay" therapies were subjected to, as the SPLC notes:

Customers of JONAH’s services typically pay a minimum of $100 for weekly individual counseling sessions and another $60 for group therapy sessions. The lawsuit describes sessions that involved clients undressing in front of a mirror and even a group session where young men were instructed to remove their clothing and stand naked in a circle with the counselor, Downing, who was also undressed. Another session involved a subject attempting to wrest away two oranges, which were used to represent testicles, from another individual.

Or as one survivor of ex-gay therapy and plaintiff in the lawsuit explained to SPLC: “Sadly, there is no accountability for those who practice conversion therapy,” said Michael Ferguson. “They play blindly with deep emotions and create an immense amount of self-doubt for the client. They seize on your personal vulnerability, and tell you that being gay is synonymous with being less of a man. They further misrepresent themselves as having the key to your new orientation.”

In 2007, the APA commissioned a task force to conduct a systematic review of the peer-reviewed journal literature on so-called reparative therapies and concluded that "efforts to change sexual orientation are unlikely to be successful and involve some risk of harm, contrary to the claims of SOCE [sexual orientation change efforts] practitioners and advocates."