True to his name, "Joe Vile" offers his solidarity with city residents in the most vulgar way imaginable 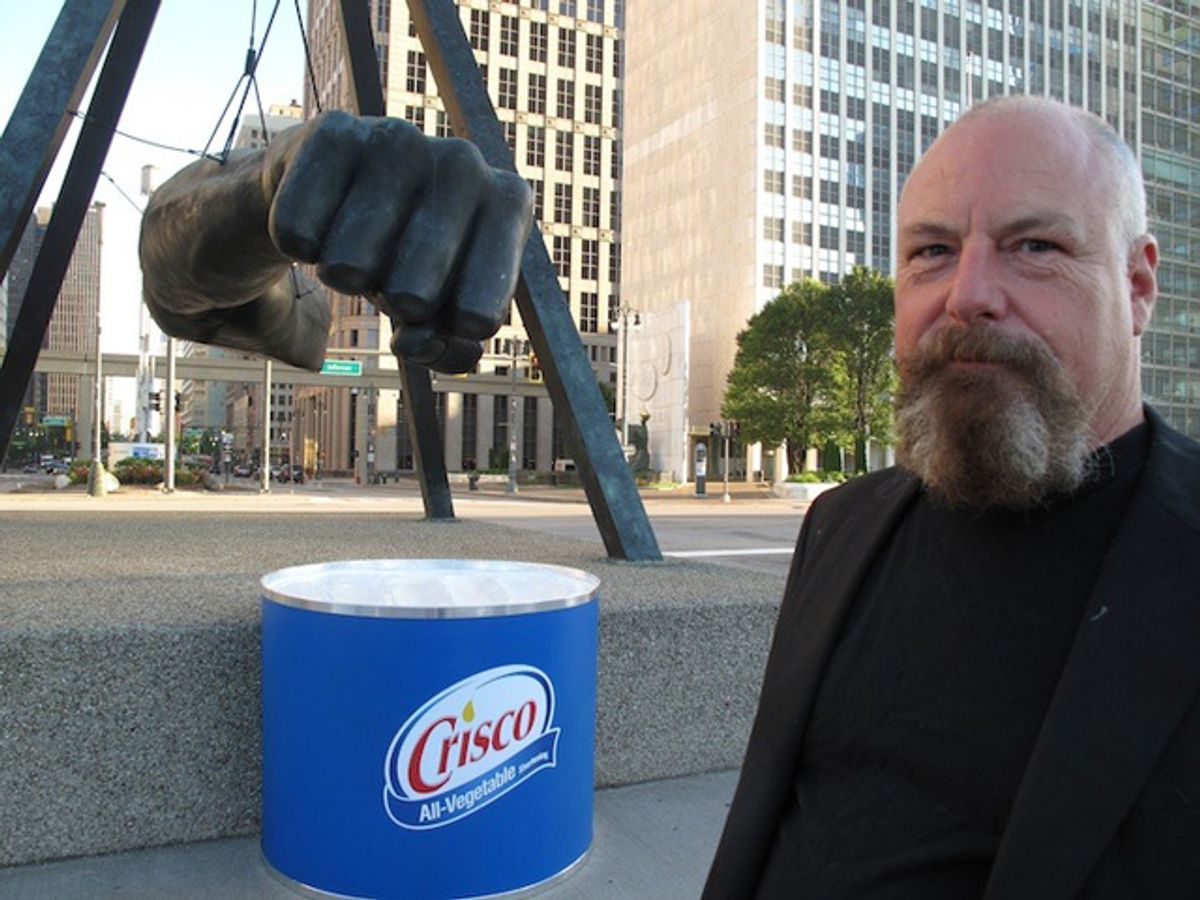 An artist who asked to be identified as Joe Vile obviously has a sense of humor, so his guerrilla addition to Detroit’s “Monument to Joe Louis” (aka The Fist) is his tongue-in-cheek way of preparing the citizens of his beloved city to brace themselves for the … er … punch of bankruptcy.

The artists told Bill McGraw of Deadline Detroit (DD): ”Things are going to hurt … We’re just trying to grease the wheels of justice. Now, instead of selling something from the [Detroit Institute of Arts] DIA, this is being given to the city of Detroit. They can sell this.”

One DD commenter, replying to another commenter who called the work disgusting, explained: ”LOL. I’m sorry you’re insulted by this. The city of Detroit has been taking it up the ass by crooked politicians for years … this ONLY makes sense.“

The work was removed today, though the city told DD that it was removed “as abandoned property” only “after consulting with Detroit Institute of Arts officials.”