Meet the other Barbara Morgan: A really nice astronaut! 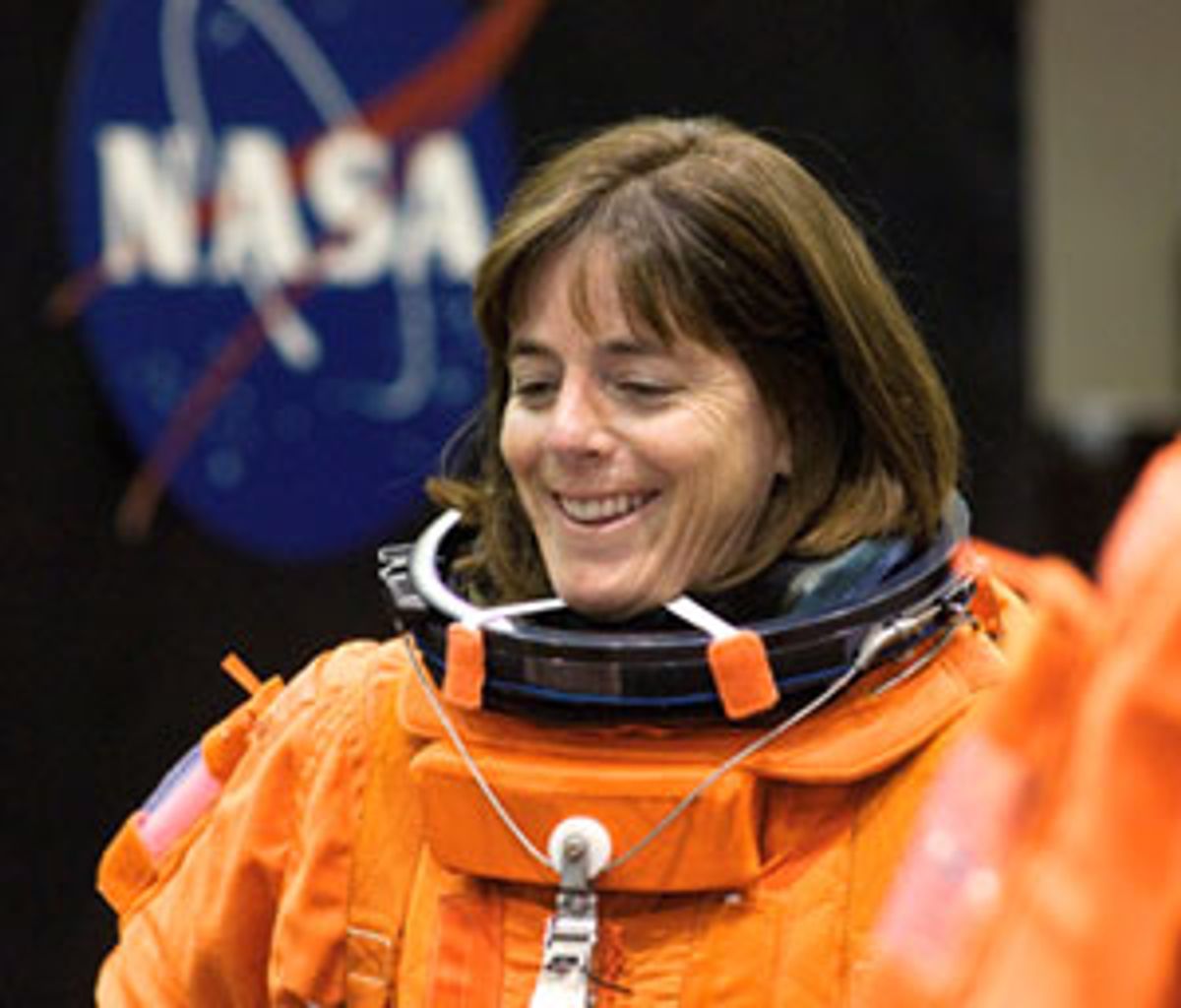 This week, Anthony Weiner's communications director Barbara Morgan, said some really nasty stuff about a former campaign intern, Olivia Nuzzi, who had written some really unflattering things about the mayoral candidate and his staff.

Yikes all around. Yikes to everyone.

But it's Wednesday, and maybe you've already had a long week. Maybe you just need a little palate cleanser from all the negativity, all the pictures of penises that people put on the Internet and all the talk of "f-cking c-nt" interns.

So let's reflect, for a moment, on another Barbara Morgan. A pioneering female astronaut who has probably never called someone a "slutbag" while on the record!

According to her NASA biography, Morgan began her teaching career in 1974 on the Flathead Indian Reservation at Arlee Elementary School in Arlee, Mont., where she taught reading and math. In 1985, Morgan was selected as the backup candidate for the NASA Teacher in Space Program, training for six months with Christa McAuliffe and the Challenger crew at NASA’s Johnson Space Center in Houston, Texas. Following the tragic Challenger accident, Morgan traveled the country, speaking to schools and educational organizations about the space program as NASA's designated Teacher in Space.

In 2007, after 22 years of service, Morgan went on her very first space flight, going on to log more than 305 hours in space.

Also, this one time, when she was asked by a child what to focus on while watching Morgan's inaugural space launch, she said this really fantastic thing about how ordinary people can do extraordinary things:

You’re going to laugh at this, but what I really want them to do is to pay attention to themselves and to look very deep within themselves and dig up all the questions that they can that they have about our world, our universe, and about space exploration. Because this is all about learning, and we’re here to help and we want to know from them -- what is it that they really want to know and learn? Because this is their future and it’s open-ended for them. I also hope that they’ll see an ordinary person doing the things that they can be doing. It’s all about learning and exploring, and we want them to come with us.

And check out this really great interview Morgan gave in 2007 in which she seems genuinely in awe of the work she was able to do with NASA: