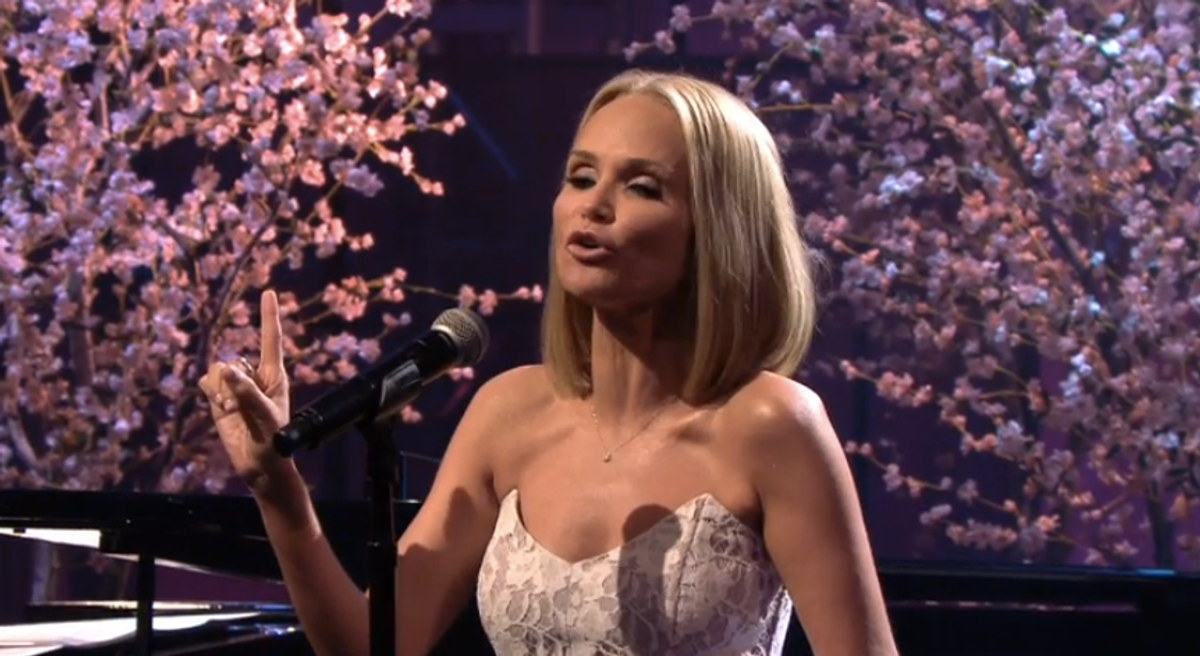 Thanks to Carlos Danger, everyone is a comedian these days. Disgraced sexter and on-again-off-again politician Anthony Weiner has inspired a slew of parodies, and on last night's "Tonight Show," even actress Kristin Chenoweth got in on the joke. Chenoweth performed a parody of "Popular," the signature song from Broadway musical "Wicked," which she originally starred in.

"I'll teach you what tweets to tweet, something clean and sweet," she sang. "So let's start 'cause you've got an awfully long way to go / Long? Well…"