When I heard about the Iowa teen who killed himself, it brought back painful memories of my own brush with suicide 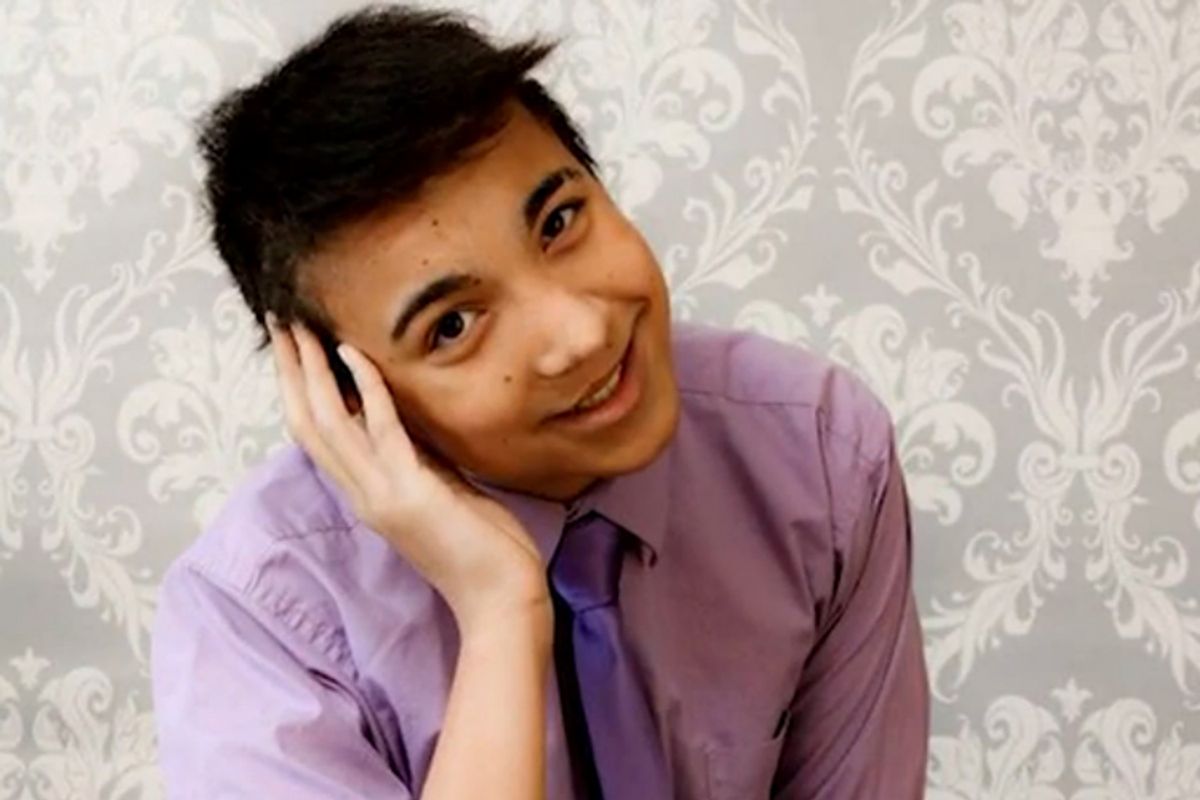 In my early teens, I used to lie in bed with the desk lamp on during the darkest hours of the night and stare at my hands. I would inspect them and cry over them and wish for them to be different. Physically, my hands were fine. They had all 10 fingers, they could hold both hot and cold items, and they could even make a basket through a hoop if they tried real hard. But my hands were cursed with a light brown tone. A color that signaled to the world that I was not white, but kind of white, and I hated my hands for that fact.

At times, I tried to wash my hands, hoping to scrub off all the color from my skin. Kids at school would joke that I was the same shade as the poop their dogs produced in their grass, and my mother always told me you must wash your hands when they’re dirty, so I scrubbed and scrubbed, but the dirt never came off. And I would go back to bed, depressed, and continue to stare.

Middle school brought such unoriginal nicknames. Oreo, because my mom was white and father black. Poodle, because my hair had those “good” curls, as my grandmother would say. Halfie was one I heard in elementary school -- along with Poop -- but both died once the kids learned words like "nigger," which they felt comfortable saying to me because I was only half black, so I couldn’t be fully offended. (Actually, I was always fully offended.)

My race was what everyone talked about when they talked about me. Until the kids learned a new word: "faggot." And things changed quickly.

It seemed like it happened overnight. The whispers and jokes that bounced off lockers became more sexually charged: Yo, I heard that black kid is a fag. Oreo likes to be double stuffed in the butt. Et cetera, et cetera. This was around the same time they were figuring out what it meant to be straight. Puberty made their private parts want to go public any time someone of the opposite sex was too close. (Good ol’ puberty.)

I wasn’t that upset at the time. We were all going through something, I thought. And it was a nice change to not be dealing with the pure racism that had been leveled at me for so long. I knew I was gay, though I would not have dared tell a soul, and this harassment was at least new and different. But like any insult, it got old fast. I grew angrier, and more hateful. I was kind of white. And kind of a boy. I was an outsider on all counts.

It was freshman year when I hit the tipping point. I’d become good friends with a guy also rumored to be gay. He wasn’t, actually, though we had bonded over the torment.

Every day we walked from our first period class to our lockers and people would whisper. But usually we were too busy talking in the crowded, noisy hallway to notice.

Then one day, he didn’t wait for me after class, but scurried past me instead. I tried to catch up with him, but he said nothing. Finally, when we reached the lockers, he turned and said, “I can’t be seen with you any more. I can’t take it. You’re black and can deal with it, but I can’t.”

We never walked from class again.

That night, instead of staring at my hands, I found myself staring into the medicine cabinet. I searched for something, anything, that could make it all stop. I studied aspirin bottles to see how much was too much, I looked at medicine we had gotten for my dog hoping somewhere it read, “Don’t give to humans!” I didn’t cry at all. By then, I had cried too much. I had cried an ocean of tears, and these pills would be the boat I finally sailed away on.

I went to bed that night with a toxic mixture of pills in my stomach, from Ibuprofen to aspirin to the dog medicine, and I prayed that once I fell asleep I wouldn’t wake up. I was lucky: It didn’t work.

Last weekend a boy much like me didn’t wake up. AJ Betts was a 16-year-old boy who faced an overwhelming amount of bullying in his Iowa high school for being half-black and gay.

“He is different,” his best friend said to TV station KCCI. “He doesn’t add up to what they’re used to.”

And I certainly know what that’s like. Since hearing about AJ, there are so many things I have wanted to say to him, because I know more than most people that being black, white and gay is confusing.

I know that AJ and I would have many stories in common. Stories about wanting to die. Stories about not fitting anywhere, and being so grateful when someone at school understands just a portion of your identity and your experience. Stories about how your parents are treated differently for their race, and how weird that is. AJ and I grew up in a lonely corner, but I can’t help wishing I could have given him some company.

There is a story I like to tell people about when I was 5 or 6, and I looked at my stepmother and asked: So if my mom's white and my dad's black, why ain't I gray?

Zach Stafford is a writer and activist based in Chicago. His forthcoming anthology, "BOYS" (Thought Catalog Books, 2013), which he co-edited and curated, will be out this fall.