China is fracking in a fault zone 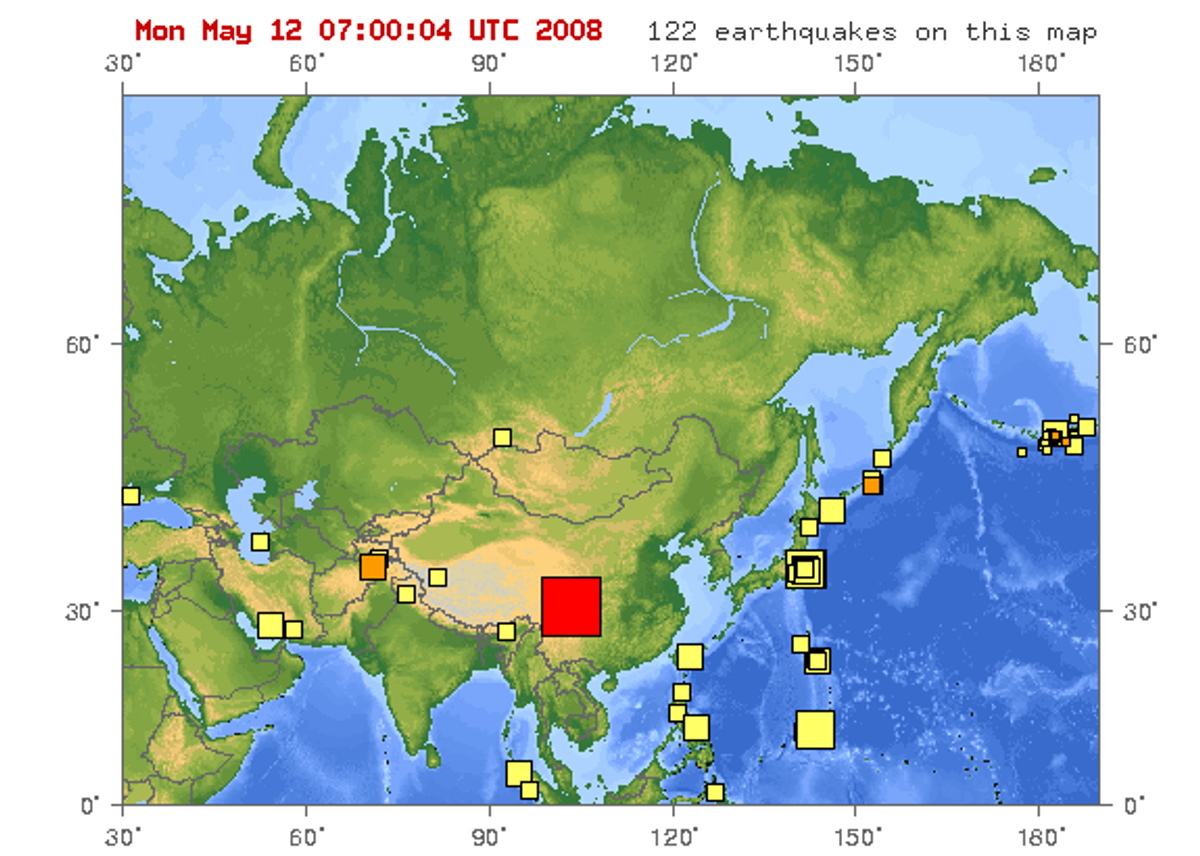 Map of the epicenter ofthe May 12, 2008 earthquake in Sichuan Province in China (U.S. Geological Survey)
--

Oil companies that have begun drilling in Sichuan anticipate hitting shale gas reserves that could be double those found in the U.S., reports Bloomberg. The fault in their plan (excuse the pun) is that those reserves are located under China's most seismically active province, and geologists fear that hydraulic fracturing, or fracking, there could trigger earthquakes.

“The Sichuan basin is at the edge of the biggest continental collision in the world, India smashing into Asia,” said Julio Friedmann, chief energy technologist at the Lawrence Livermore National Laboratory and former research scientist at Exxon Mobil Corp. “That’s stressing the continental crust.”

More than 2,700 quakes of varying magnitude were recorded around an underground injection well in Zigong, Sichuan, during a three-and-a-half year study by the Earthquake Administration Bureaux of Sichuan, Hebei and Zigong Municipality.

There's no proven causal link, however, between drilling and quakes. With plans to go from zero to 6.5 billion cubic meters of shale gas by 2015, China is weighing the risk against the opportunity to grow its economy, increase its energy security, and reduce its dependence on coal.