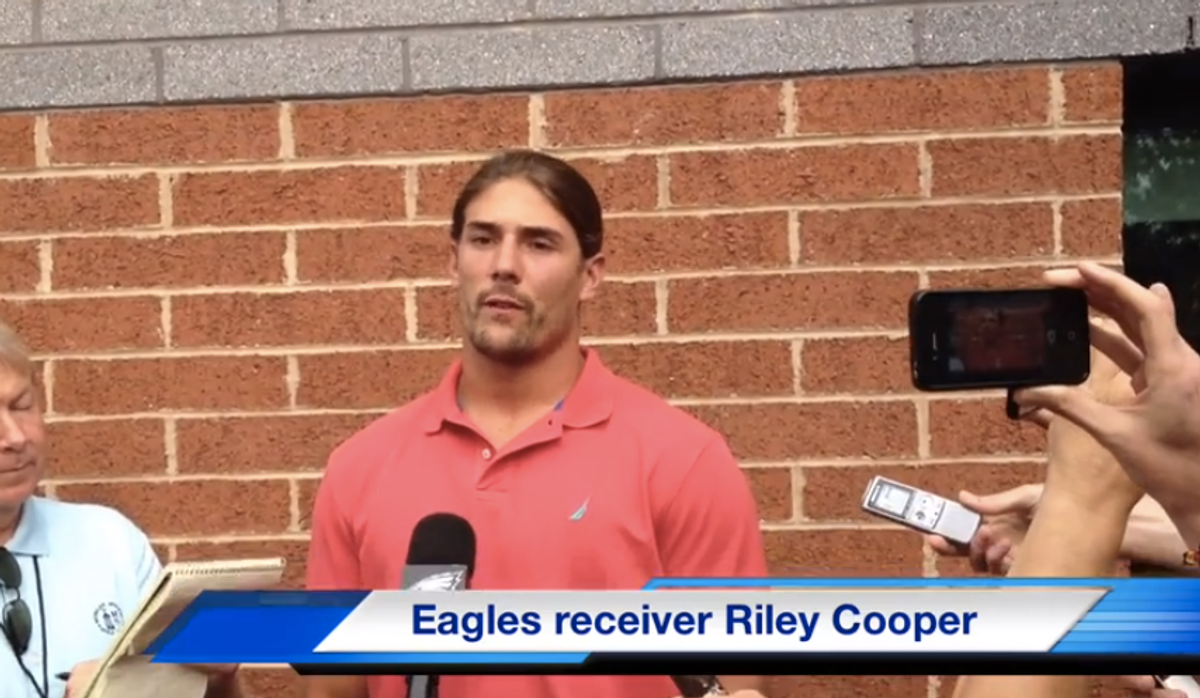 Philadelphia Eagles wide receiver Riley Cooper has apologized for using a racial slur after a video of the incident, taken at a Kenny Chesney concert, went viral on Wednesday. Cooper was caught saying "I will fight every [n-word] here." He later said that he was denied entry backstage by a black security guard.

In a press conference on Wednesday, Cooper fielded questions from reporters and said he was "extremely sorry." He emphasized that he does not habitually use the n-word. "I was raised way better than that," he said. "I've got a great mom and dad at home and they are disgusted."

When asked how he'll face his African American teammates, he felt assured that "most of the ones that know me know what type of person I am."

Chesney has responded to the incident as well, telling ESPN that he was "as shocked as anyone" by Cooper's language. "I don't believe in discrimination in ANY form, and I think using language like that is not only unacceptable, it is hateful beyond words,” he said.