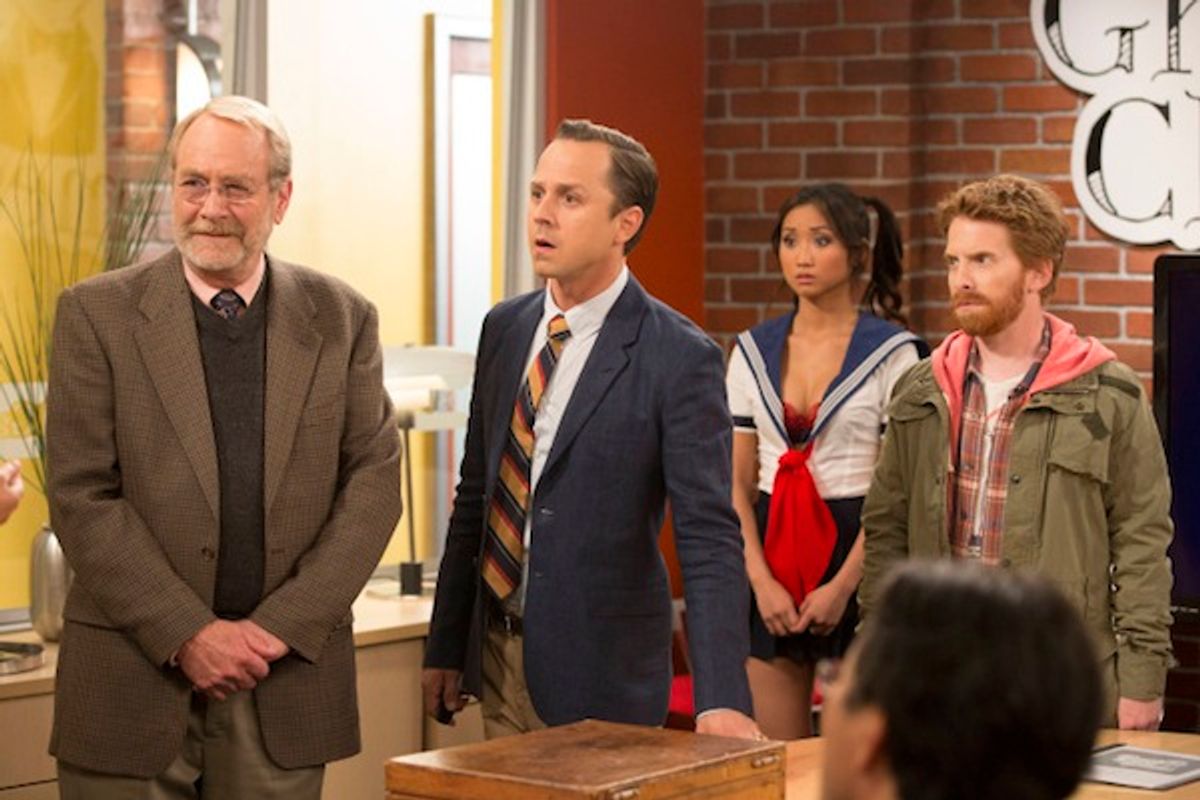 "‘Dads’ is a pilot,” Reilly emphasized. “You know the lineage of those writers. They come out of ‘Family Guy.’ They’re the next generation of comedy writers ... They’re going to try to test a lot of boundaries and be equal-opportunity offenders. Are all the jokes calibrated? No.”

Reilly cited the cool reception of "The Big Bang Theory" pilot, which critics eventually warmed to. "Let's have the discussion in January after we've produced a number of [episodes]," he said.

But critics will have a tough time being patient with "Dads," because there is a difference between "equal-opportunity" offenses and straight-up offensive. As ThinkProgress's Alyssa Rosenberg points out on Twitter, "There is nothing you can do to get me from zero to furious more quickly than to invoke 'political correctness' to avoid discussing quality."

The problem with "Dads" is not that it's pushing boundaries. In fact, it's pushing none -- MacFarlane's entire brand of humor relies on tired tropes and recycled stereotypes, managing only to push our buttons. As Joel Mathis of Philly Mag wrote in May, "Dads" is "a high-profile act of slut-shaming and ethnic jokes. This, it seems, is cutting-edge humor in the 21st century."