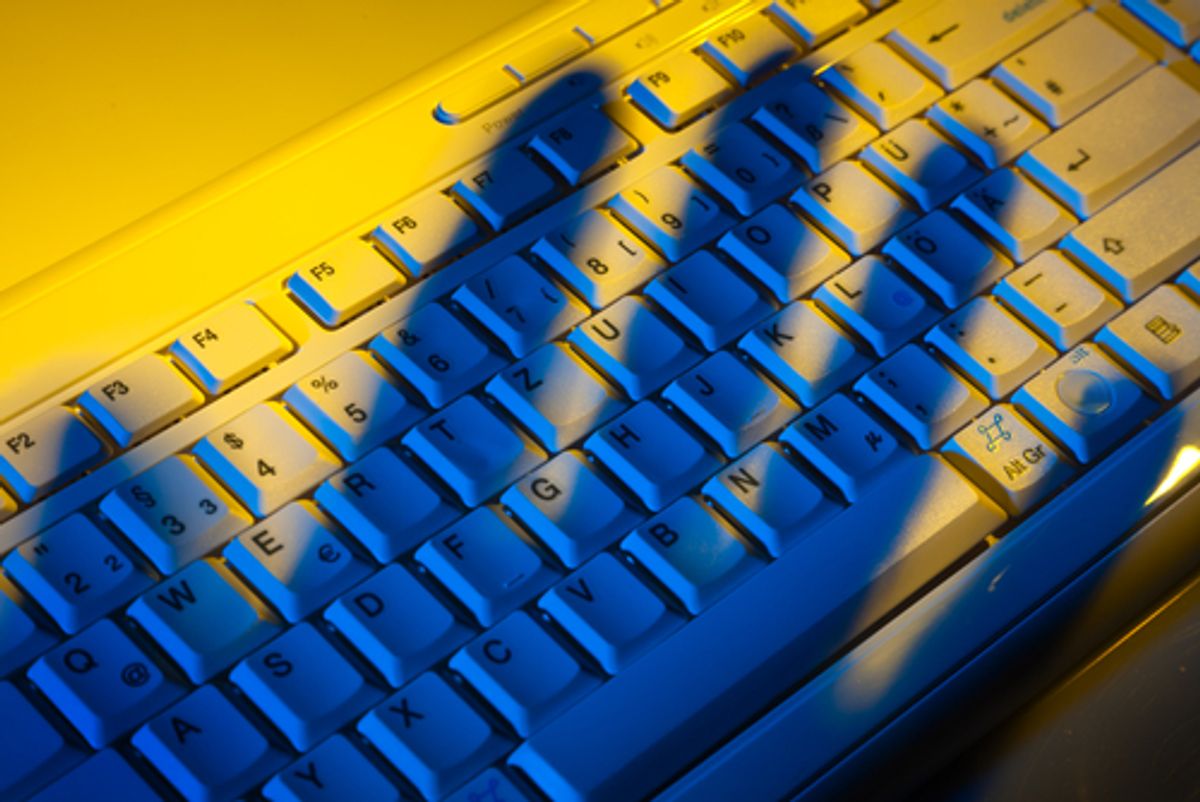 Music writer Michele Catalano wrote Thursday about a personal experience that may show, to bizarre but chilling effect, the government's online surveillance in action. Catalano writes that her home was visited and searched by members of the Joint Terrorist Task Force --  a fact she attributes to having searched online for pressure cookers, while her husband searched for backpacks.

Of course, there is no way to verify why Catalano's home was selected for a raid -- national security agencies are hardly free with such information. But based on questions posed by the government agents to her husband (she was not home at the time ), Catalano pieced together that a "confluence" of Internet searches -- activity we now know to be tracked and hoarded on databases by the NSA -- brought a SWAT team to her door. She had searched for pressure cookers, her husband had searched for back packs. Following the Boston bombings, otherwise innocuous activity took on a suspicious air to the algorithms daily sifting our almost every online move on behalf of the government.

"Little did we know our seemingly innocent, if curious to a fault, Googling of certain things was creating a perfect storm of terrorism profiling. Because somewhere out there, someone was watching. Someone whose job it is to piece together the things people do on the internet raised the red flag when they saw our search history," wrote Catalano.

Indeed, Wednesday's revelations based on documents leaked by NSA Whistleblower Edward Snowden showed how national security analysts regularly use keyword searches to sift and create profiles of interest out of the vast, unwieldy amount of data collected daily on almost every phone and online interaction within and going out of the U.S.

Catalano's story, as she frames it, appears to illustrate how Internet activity both banal and curious can add up to the seemingly criminal according to government algorithims. Her story too appears to highlight -- through the lens of the personal -- how very much our online selves are surveilled. Interestingly, Catalalono writes that the agents who raided her house said that that carry out such raids regularly:

They mentioned that they do this about 100 times a week. And that 99 of those visits turn out to be nothing. I don’t know what happens on the other 1 percent of visits and I’m not sure I want to know what my neighbors are up to.

Update: Police say it was an employer (likely Catalano's husband's) who tipped them off, and add that the person had searched "pressure cooker bomb," not just "pressure cooker." Catalano has added a "Clarification and update" to her account here.