"Truckloads" of fuel created from garbage 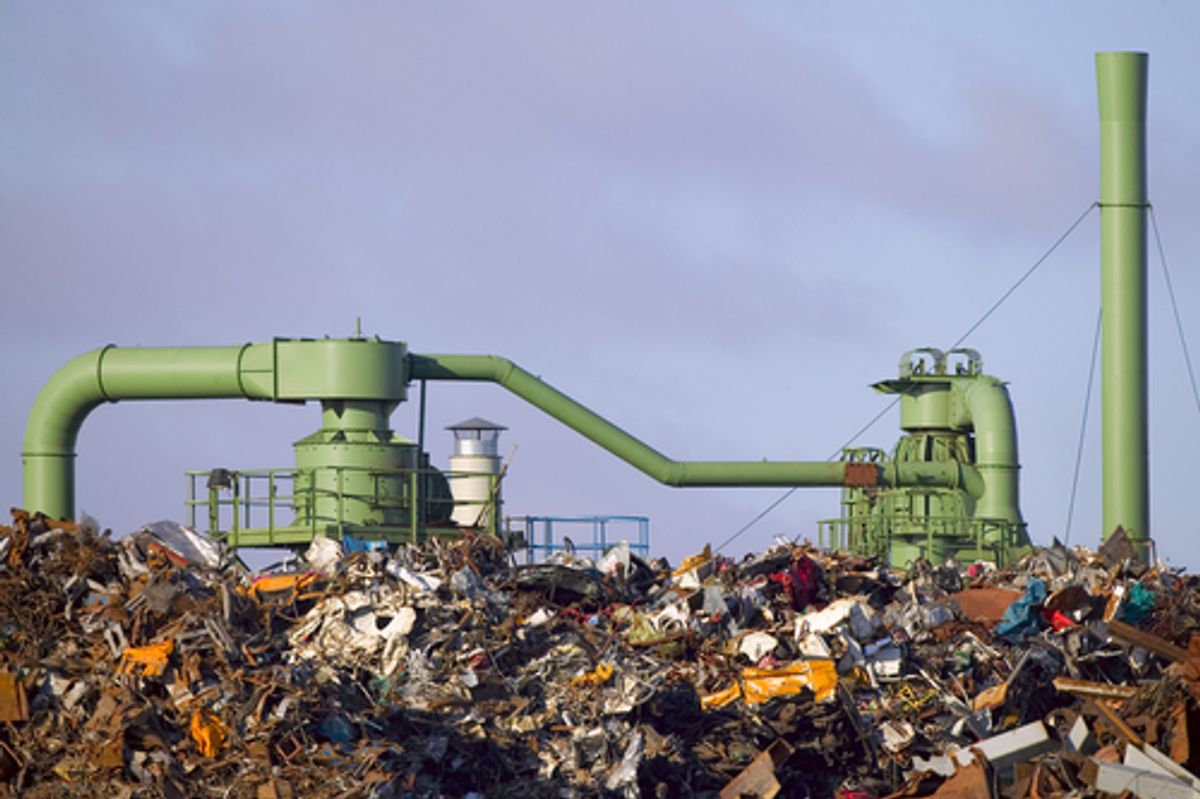 Having overcome frustrating setbacks, a company announced yesterday that it's finally managed to create commercial quantities of ethanol from wood and vegetative waste. From the New York Times:

The company, INEOS Bio, a subsidiary of the European oil and chemical company INEOS, said it had produced the fuel at its $130 million Indian River BioEnergy Center in Vero Beach, Fla., which it had hoped to open by the end of last year. The company said it was the first commercial-scale production of ethanol from cellulosic feedstock, but it did not say how much it had produced. Shipments will begin in August, the company said.

The process begins with wastes — wood and vegetative matter for now, municipal garbage later — and cooks it into a gas of carbon monoxide and hydrogen. Bacteria eat the gas and excrete alcohol, which is then distilled. Successful production would eliminate some of the “food versus fuel” debate in the manufacturing of ethanol, which comes from corn.