In an Op-Ed for the New York Times, the Republican leaders ask Congress to endorse Obama's proposals 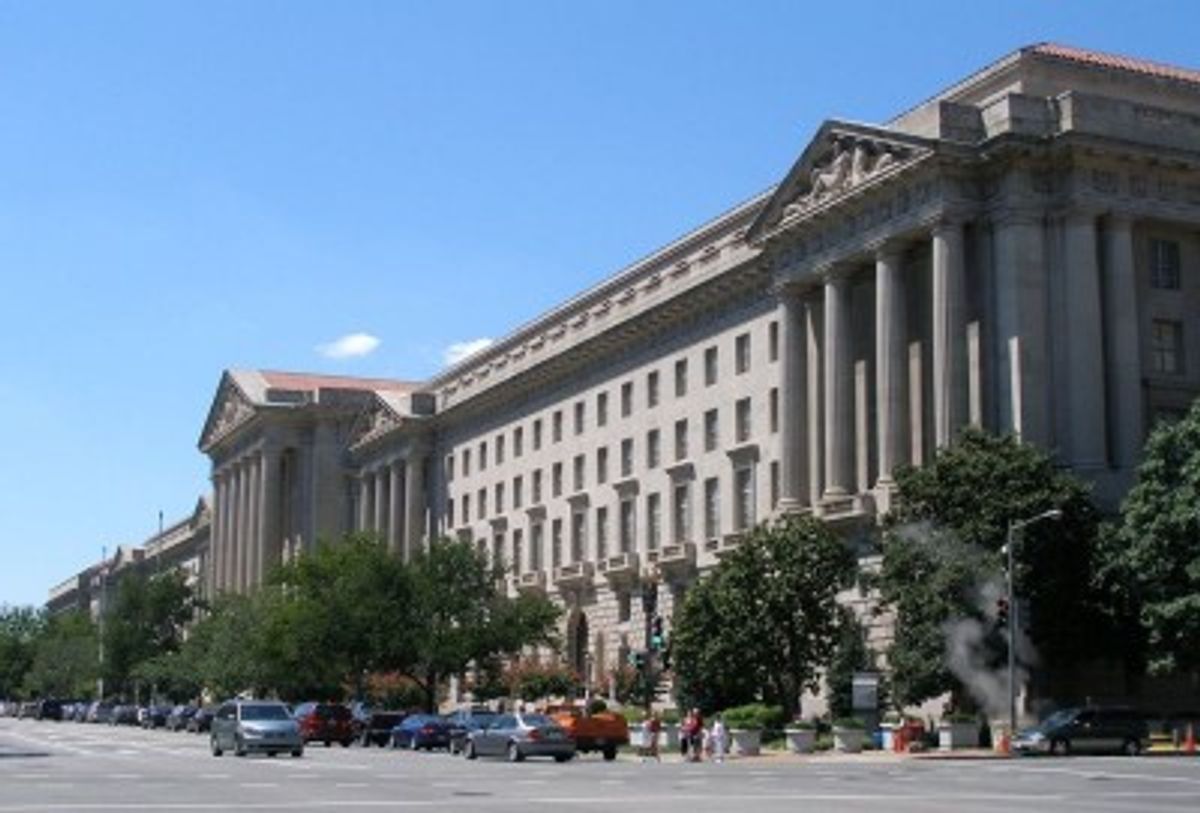 The D.C. headquarters of the EPA (Wikimedia Commons)
--

"We can have both a strong economy and a livable climate," insist William D. Ruckelshaus, Lee M. Thomas, William K. Reilly, and Christine Todd Whitman in in an Op-Ed for the New York Times. All are former heads of the Environmental Protection Agency. Crucially, they all also served under Republican presidents. They are now urging House Republicans to throw their support behind Obama's climate plan:

A market-based approach, like a carbon tax, would be the best path to reducing greenhouse-gas emissions, but that is unachievable in the current political gridlock in Washington. Dealing with this political reality, President Obama’s June climate action plan lays out achievable actions that would deliver real progress. He will use his executive powers to require reductions in the amount of carbon dioxide emitted by the nation’s power plants and spur increased investment in clean energy technology, which is inarguably the path we must follow to ensure a strong economy along with a livable climate.

Rather than argue against his proposals, our leaders in Congress should endorse them and start the overdue debate about what bigger steps are needed and how to achieve them — domestically and internationally.

Inveighing against political inaction, the authors put forth some advice for successful governance that applies beyond the climate change issue: "When confronted by a problem, deal with it. Look at the facts, cut through the extraneous, devise a workable solution and get it done."