Marissa Mayer triumphs even when getting backstabbed

The New York Post says a hedge fund activist is leaving Yahoo's board on bad terms. This is good news 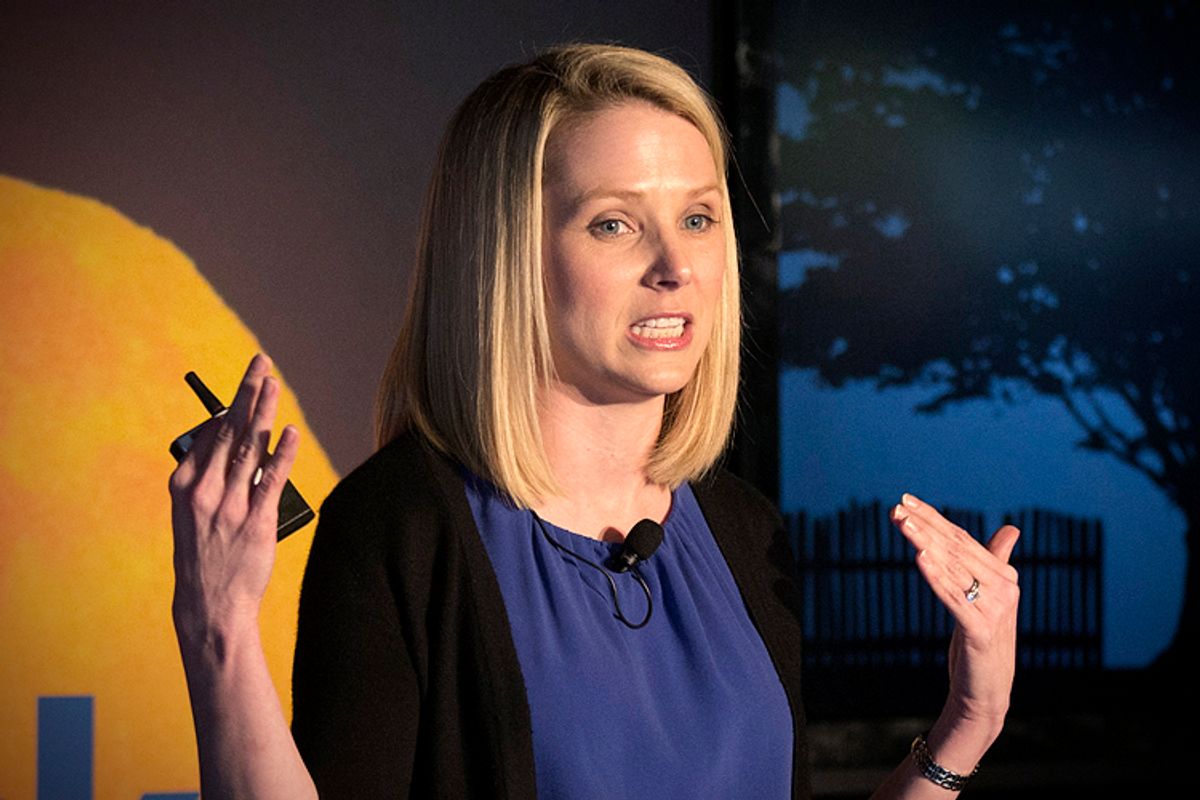 Even bad press for Yahoo! CEO Marissa Mayer is actually good press. A very odd, anonymously sourced New York Post story reported Friday that Mayer and "shareholder activist Dan Loeb, who led the push to recruit her, are not parting on good terms."

The points against Mayer?

When Mayer took the helm a year ago, Loeb’s plan was to fire between 20 percent and 30 percent of Yahoo!’s roughly 12,000 workers — an idea Mayer initially supported, according to one source.

“She quickly decided it did not make sense,” the source said. “She liked being loved.”

... As part of the deal [in which Loeb left], the three directors nominated by Third Point — Harry Wilson, Michael J. Wolf and Loeb — agreed to step down on Wednesday.

Without Loeb, Mayer is in full control of the company, sources said. “Marissa does whatever she wants. She calls board meetings at her house, she can be an hour late, she doesn’t care. She knows they’re not going to get rid of her,” said one source.

Let's break this down. Total employment at Yahoo! has fallen by 17 percent since Mayer took over. Meanwhile, the company's stock price tripled, earning Loeb a cool billion dollars. That's a rough day at the office for your typical scheming shareholder activist.

Reading between the lines, what seems to be implied by these backstabbing anonymous sources is that Mayer has moved swiftly to consolidate total control over Yahoo!. This seems to have miffed the Loeb camp.

Whether Mayer's continued ascension is ultimately good for Yahoo! remains to be seen, of course. But if the point of bringing her in was to get someone at the helm strong-willed enough to achieve the herculean task of resuscitating a sinking ocean liner that everyone in the world had given up on, well then, aren't her ninja corporate boardroom skills something to be admired?

By most accounts, Marissa Mayer has succeeded beyond anyone's expectations at Yahoo!. She has raised morale, reestablished the company as a place people want to work, arrested a significant decline in traffic, and, through a series of dazzling (and bewildering) purchases and mergers that has continued right up until today, kept Yahoo! buzzily in the news.

So she might have pissed off a hedge fund tool (check out George Clooney's awesome rant attacking Loeb) by not firing people fast enough? Good for her.