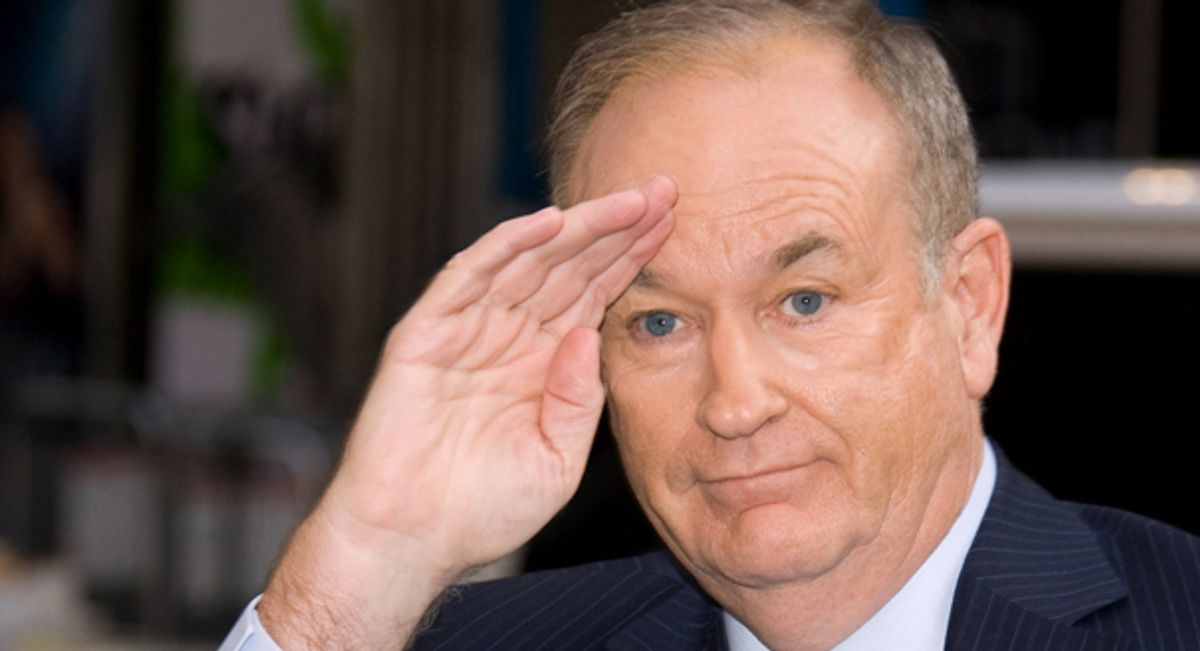 Despite all of the evidence to the contrary, Bill O'Reilly doesn't seem to believe that comprehensive sex education and affordable access to contraception help reduce rates of unplanned teen pregnancy. (Access to reproductive health care also makes people happier and more financially stable, but I digress.)

While sparring with James Carville on "The O'Reilly Factor" Thursday night, O'Reilly said that additional funding for service providers like Planned Parenthood doesn't do much to stop unwanted pregnancy. (Facts be damned!)

Instead, he wants a "big public campaign ... to go in and tell the girls and the young ladies, ‘Don’t do this, this condemns you to poverty, it is destructive to your child, wait until you have a stable situation to become pregnant.’"

Funny thing is -- that campaign already exists. And it's awful.

In March, the New York Human Resources Administration launched the exact campaign O'Reilly seems so desperate for, featuring images of crying babies and messages warning, “Honestly, Mom … Chances are he won’t stay with you. What happens to me?” and “I’m twice as likely not to graduate high school because you had me as a teen.”

In addition to the subway and bus shelter ads, the campaign uses a text message "game" featuring threats of social isolation and petty insults to shame sexually active teenagers. “OMG! My BF Louis and I got pregnant. He was going to take me to prom, now I will look HUGE in my dress. Should I go? Text ‘Yes’ or ‘No,’” reads one message.

Advise your texting partner to go to prom anyway, and this is what you receive in response: “My BFF called me a ‘fat loser’ at prom. I was devastated.”

And here's what the text message exchange doesn't tell you: where to access low-cost contraception. Or, if you're already pregnant, where to find support.

Plenty of shame, but not a lot of information -- exactly what O'Reilly ordered.

Interestingly, one of the most successful policies to help reduce unwanted pregnancy in New York City received far less publicity than these ads, but had a much broader impact, as Salon previously noted.

A program to make contraception available in schools contributed to a 27 percent drop in rates of unwanted teen pregnancy over the last decade, according to Health Commissioner Tom Farley. “Two things are happening here -- teens are using more contraceptives, and they’re also delaying sexual activity,” he told the New York Daily News.

The success of the program "shows that when you make condoms and contraception available to teens, they don’t increase their likelihood of being sexually active. But they get the message that sex is risky,” he added.

And yet, more education is still necessary. Even in places with progressive sexual health programs, far too many teenagers still don't know they have options and access to health care, as Estelle Raboni, director of Changing the Odds, an anti-teen pregnancy program at the Morris Heights Health Center in the Bronx, also told the New York Daily News. “Teens don’t always know about their rights. They don’t know they have access to those services,” she said.

If you would like to watch O'Reilly put his hands in his ears and say "la la la" while Carville suggests that contraception works, you can go right ahead and do that here: