Krill Kalugin was attacked for holding a rainbow banner that read, "This is propagating tolerance" 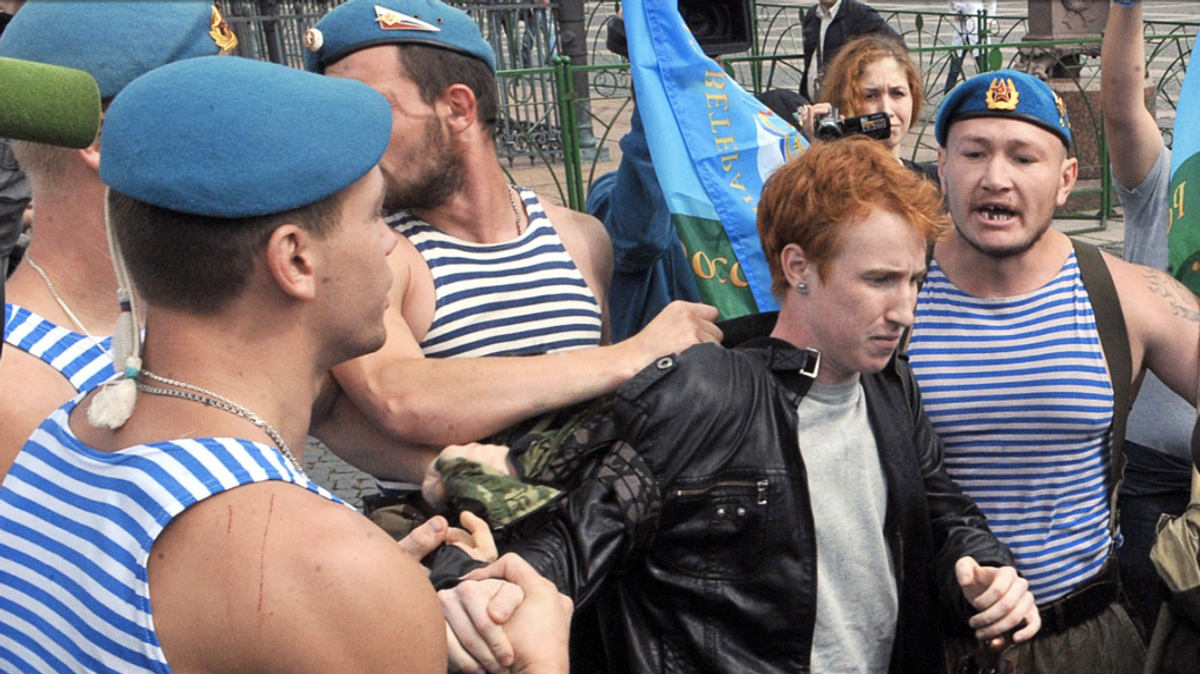 A lone gay rights activist was assaulted by a group of former Russian paratroopers in St. Petersburg on Friday. Why? Because he was holding a rainbow banner that read: "This is propagating tolerance."

The disturbing attack was captured on video, and, according to a translation from Animal New York, the former military men shouted "faggot" while violently shoving the young activist, Krill Kalugin, to the ground.

Riot police intervened to detain the former paratroopers, though it remains to be seen if Kalugin will be charged for violating the new law.

You can watch the video below: