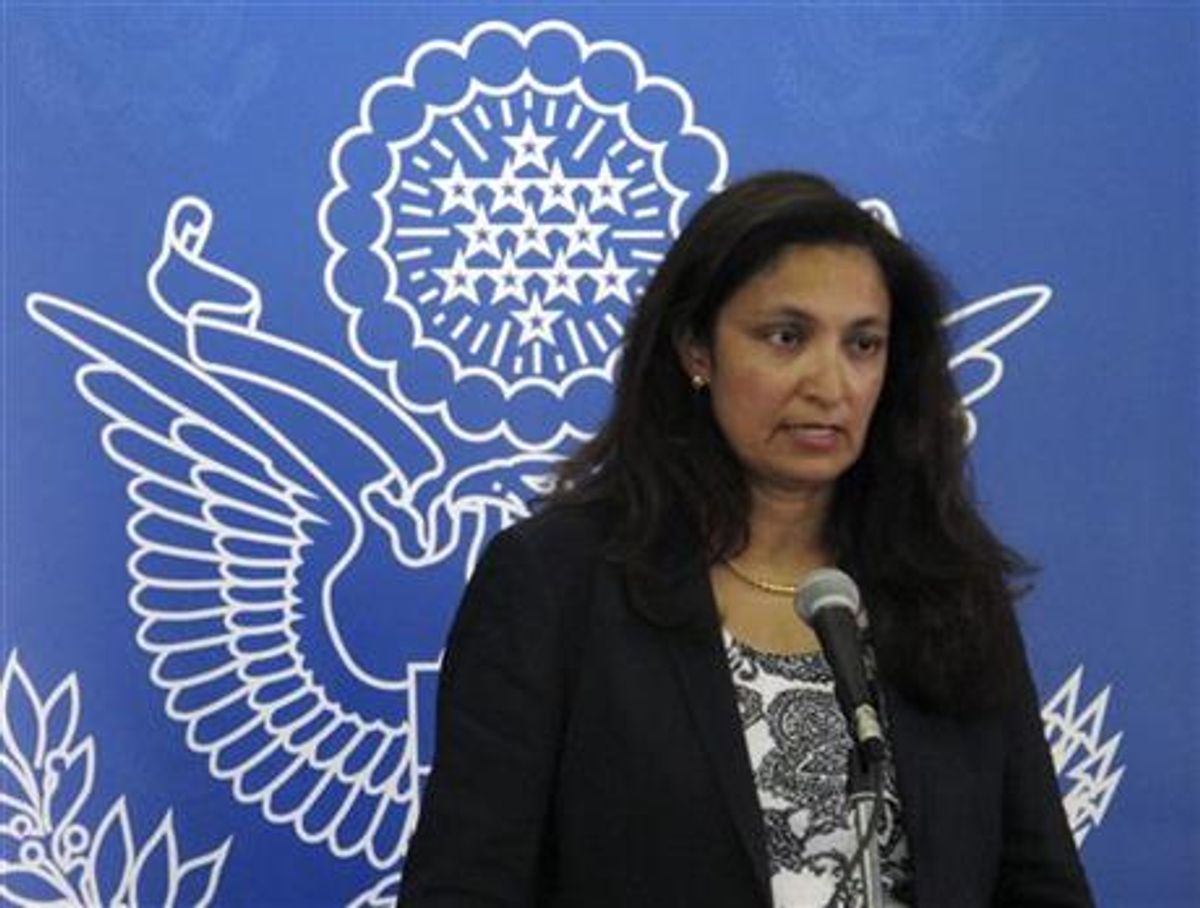 BEIJING (AP) — The United States is deeply concerned about what it sees as a deteriorating human rights situation in China, with relatives of activists increasingly being harassed and policies in ethnic areas becoming more repressive, a senior U.S. diplomat said Friday.

Zeya led the U.S. delegation at the talks Tuesday and Wednesday in the southwestern Chinese city of Kunming, where she said U.S. diplomats "conveyed our deep concern about attempts to control and silence activists by targeting family members and associates of the activists."

"This is a worrisome trend, and one which we have raised at senior levels with the Chinese government," she said.

Rights watchers have been alarmed by Chinese officials' targeting of relatives of high-profile dissidents including blind lawyer Chen Guangcheng, who exposed abuses in the enforcement of China's one-child policies, and Nobel Peace laureate Liu Xiabo, imprisoned since 2009 on subversion charges after he campaigned for peaceful democratic change in China.

Chen's relatives have been harassed in their rural hometown in Shandong province. Liu's wife has been placed under house arrest in Beijing and her brother recently was sentenced to 11 years in prison over a business dispute, a stiff penalty for what supporters described as a vendetta against the family for Liu's activism.

Beijing has repeatedly rejected U.S. criticism of China's human rights record, saying that Washington is biased against China and distorts the situation.

"A real human rights dialogue should be based on mutual trust and respect, and only such human rights dialogues would be meaningful and effective," said an editorial posted on a news website run by the information office of China's State Council during the U.S.-China Human Rights Dialogue.

Zeya said U.S. diplomats highlighted the increasing desire of the Chinese public to speak up about issues such as corruption, environmental degradation and the lack of rule of law, and that the Americans raised concerns over China's tight restrictions on religious freedom and freedom of expression, assembly and association, especially in ethnically Tibetan and Uighur areas.

She said the U.S. urged the Chinese government to engage in dialogue with the Dalai Lama, the Tibetan spiritual leader, or his representatives without preconditions and that her team called into question the pattern of arrests and extralegal detentions of China's public interest lawyers, Internet activists, journalists, religious leaders and others who have challenged official policies and actions in China.

"We know that such actions are contrary to China's international obligation and indeed in most cases China's own laws and constitution," Zeya said.

The U.S. also raised specific cases of individuals who are imprisoned, detained or under house arrest, including activists Xu Zhiyong, Gao Zhisheng and Ni Yulan, several Tibetan, Uighur and Mongolian activists, as well as Liu and his wife. Zeya said the Americans were able to get some information on these cases, but did not reveal details.

The dialogue "overall fell short of our expectations," she said.