Twitter and Facebook feed our most basic impulse after loved ones die: To tell others about them 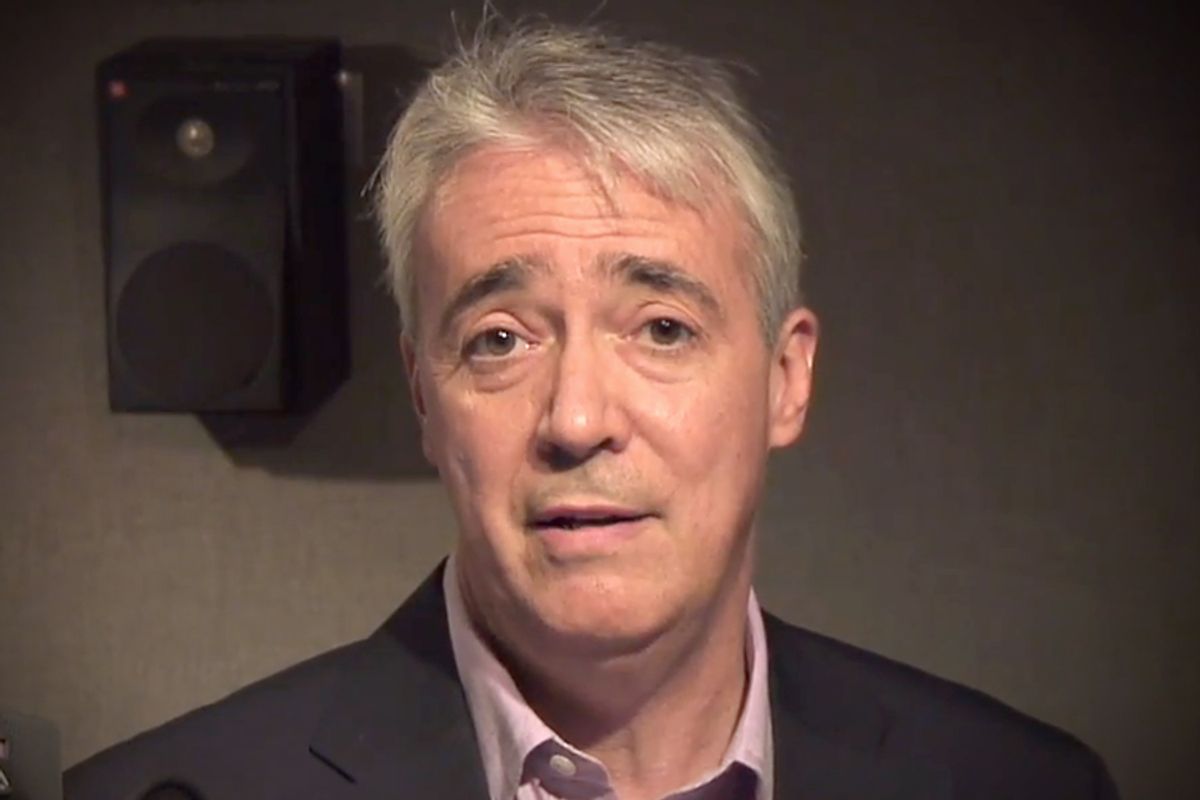 Where's the line between an Internet overshare and a compelling peek into human existence? NPR's Scott Simon walked it this week as he live-tweeted from his mother's deathbed. Just that description -- "he live-tweeted from his mother's deathbed" -- makes it sound crass and attention-seeking. And yet Simon's tweets were the opposite. They were largely well-crafted. They were alternately heartfelt, sad and funny, sometimes all at once. They captured the banality of a hospital death, the desire to cherish every moment and the simultaneous slow creep of time as a loved one lies dying. Mostly, they paint a portrait of his mother. She's clever, she's funny, she's vulnerable. She loves her son. Her son feels compelled to tell the world about her.

"Do you want to tell me about her?" is one of the few things therapists and grief counselors recommend one say to a grieving friend. It's a question that taps into the fact that the grieving person's entire universe is consumed with the one they've lost. It allows them to explain whom it is they're grieving for, to carve out the shape of a real person in a process that can otherwise be sterile and ritualized, the funeral and its quiet etiquette, the appropriate flowers or cards or donations in the deceased's name.

We embrace tradition and convention in death because extended public displays of deep sadness in our culture are awkward for those witnessing them and therefore frowned upon, and also because when you're engulfed in deep sadness there's frankly not a lot of energy to get creative. "Let me tell you about her" allows the grieving person to explain, in the midst of a familiar ritual, why their loved one was particularly special. The impulse to explain how a person was can feel incredibly urgent in the immediate wake of that person's death. The telling of stories isn't just a way to make up for the fact that the dead person can no longer make their own stories; the telling solidifies those things in the memory of the teller, making real again and again the fact that though the person is gone, you'll remember them.

There's a fear behind that, too: What happens when I start to forget?

To stave off the forgetting, we memorialize. We write funeral announcements and obituaries and headstones. We visit graves. And now, we make Facebook pages, we write blog posts and we tweet. The urgency in "telling you about her" spills over into the Internet and onto social media, and it seems that to many people in pain, nothing feels more natural. Yet looking in, it can feel unseemly.

Search Facebook for "in memory of" and hundreds of groups come up, many with thousands of members (I'm even a member of one, for a close family friend who passed away in May). A few, like the one memorializing the Prescott firefighters who died at the end of June or the many set up for the victims of the Sandy Hook shootings, reference national news stories. But most are personal, and usually created to remember someone who is perceived as having died too young. There aren't a lot for grandparents, but there are tons for students described as "gone too soon" from various high schools across America. The high school memorial groups post names, class years, photos and death information of former students, teachers and administrators. The group that I'm a member of is regularly updated with notes from the kids to their mom to tell her they miss her or that they saw something today that made them think of her; old photos rediscovered; and memories brought back by eating a certain food, going to a much-loved place or celebrating a holiday. I find it touching, even if I don't participate. At the same time, I found reading through other memorial pages in researching this article voyeuristic and slightly creepy. And I felt like a judgmental jerk cringing at the posts from people I've never met, about people I'll never know. The outpouring of grief came in waves of cliché. Every dead person, it seems, was warm and caring, a light in their communities, gone too soon; every page was created in the service of keeping their memory alive.

It's like a funeral. You know to show up wearing black. You know to send flowers if you can't make it. You know the family sits in the front row. You know you press your lips together and you say, "I'm so sorry for your loss," and you offer a warm but brief hug. On Facebook, you utter the familiar phrases and you post the best photos and you "like" particularly heartfelt updates. It's trite, it's cliché. But that's what grieving often is, even if while you're in it grieving feels like you're the only one on the planet in so much pain. There are only so many ways to write about death that feel new or interesting. Cheryl Strayed's Sugar does it particularly well. Scott Simon's tweets resonated not just because they were unusual, but because Simon is a skillful writer. If he'd tweeted two dozen of the usual things mere mortals are prone to writing while grieving before and after death, at best he would have been ignored, and at worst he would have been mocked for being the oversharer of the day. Yet the clichés we're prone to repeat in grief offer solace precisely because they connect us with how others have grieved; they offer an appropriate way to say "I am so unendingly sad I am afraid I will never be the same."

Simon is one in a long line of people who have live-tweeted personal life events, from funerals to dates to abortions to births. I tweeted funny anecdotes and quotes from my cousin's wedding a few years ago, so I recognize the impulse. Whenever a live-tweet stream resonates, there's a question of whether certain things should simply be lived, without mentally checking out long enough to type into your smartphone. Yet in looking at Simon's tweets, I could imagine myself in the hospital, watching the minutes tick away and not knowing if I had thousands left or just a handful, sad and unable to sleep and pulling out the phone as a crutch, thinking, let me tell you about her.

There's a related question of whether everything needs to be shared with an audience, and whether there's a generation of writers who have been raised to think that "this thing happened to me and therefore it is interesting and I will write about it." Well-crafted personal narrative is some of the most enjoyable and moving writing out there. Regurgitating an anecdote simply because it's shocking, or using your platform to hash out a grudge, or simply writing about yourself with zero self-awareness, is some of the worst and most ubiquitous online.

But the medium and the source matter. The next-day play-by-play of a breakup without any analysis, artfulness or larger purpose is appropriate from a hobby writer on LiveJournal, but significantly less so from a professional on the pages of the New York Times (even the Style section). What most of us who write about media or politics or culture tend to miss when we write about Internet and social media oversharing is that most people don't use the Internet and social media like we do. Lots of people use Twitter and Facebook simply to keep in touch with friends, share photos and talk about their days. They aren't tweeting from a particular political perspective, they aren't trying to be cultivators of fascinating information and they aren't thinking about building their personal "brand." They're just documenting some aspect of their lives, maybe just to get it out or maybe for reassurance or commiseration or connection. From that perspective, live-tweeting a birth or a doctor's appointment or a really satisfying meal or a funeral isn't all that weird. And tweeting or Facebook-posting about loss and grief seem even more natural. Death, after all, is the most natural thing in the world. Why would we joyfully announce the birth of a baby on Facebook, but not the passing of a loved one? Why would we post photos of our newborn as he grows and learns to smile but not updates about the progression of our sadness into healing, and how our days remain shaped by memories of a person lost?

It is different for a professional writer, whose public expressions we expect to be cleanly edited, adept and original. We give more leeway to the musings of a private citizen than to someone who usually gets paid for his or her words. It's not difficult to see how live-tweeting a death can easily fall into "no no no please don't do this in public" pity-horror territory, even if such revulsion is unfair. And yet it was fascinating and lovely to see Simon use his medium to talk about the death of his mother in real time in a way that remained elegant and skillful.

I hope he has few imitators. I'm glad he told us about her.

Jill Filipovic is a writer and attorney living in New York. She is a columnist at the Guardian and the editor of the blog Feministe.