Almost everyone runs errands or shops while at work

But a new study suggest that as long as they're getting the job done, managers are okay with it 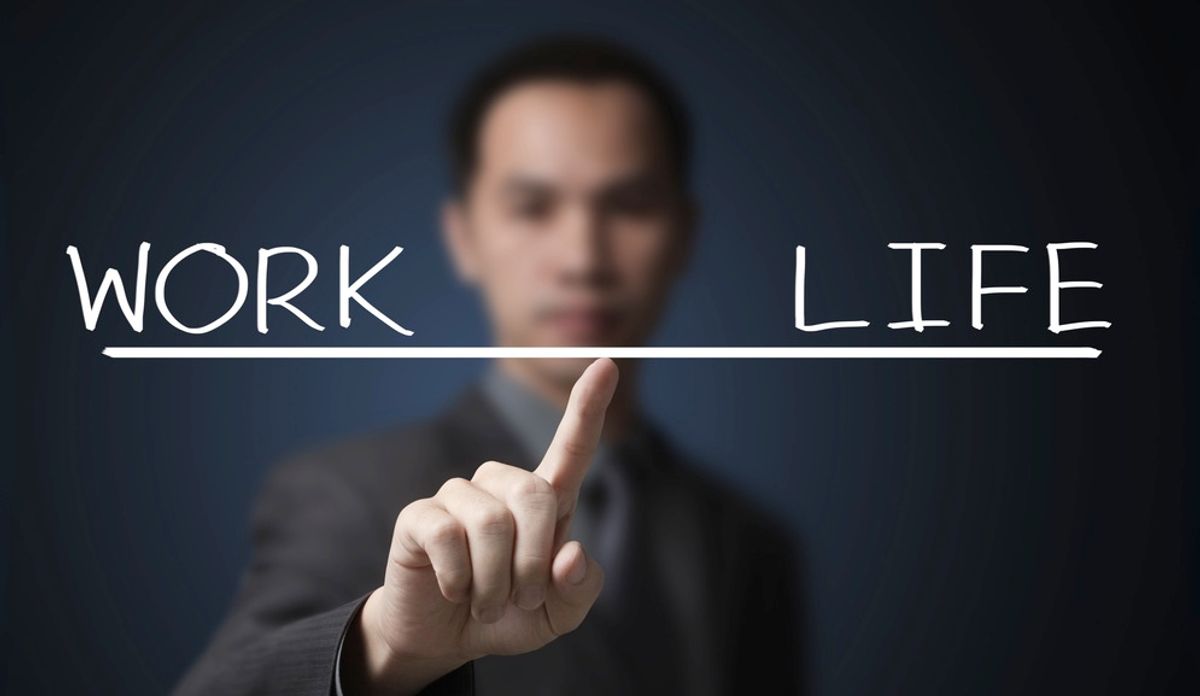 Is work-life balance actually achievable? That’s the question a lot of researchers and working adults are asking—and have been asking for some time. Everyone has his or her own answer. And those that say it is achievable have different methods for juggling personal and work needs. New research indicates that a majority of employees are taking care of their and their families’ needs while at work or on breaks.

Results of an annual work-life balance survey by Captivate indicate that more respondents are taking care of personal and family needs during the workday than ever before. This includes activities such as purchasing necessities online, leaving the office to run errands, and shopping at nearby stores during lunch and other breaks. For instance, Captivate found a 63 percent increase in the number of professionals who shop online at work since 2011. It also found that male respondents were more apt to research and buy electronics online than women, and women were more likely to grab a manicure/pedicure.

A total of 93 percent of survey respondents said they participate in such activities and one in five admitted to having done all three in a typical workweek. This blind survey of 838 people in 14 metropolitan areas in the U.S. and Canada was conducted in February 2013.

Often, the top complaint voiced by employees in internal surveys is their company’s failure to recognize their need to reconcile various demands on their time, said Dana Manciagli, author of Cut the Crap, Get a Job.She applauds the increased flexibility that some senior managers allow their employees. “Shame on leaders who have rules and restrictions on accomplishing both [personal and work needs] during business hours,” she said.

Leaders in the workplace deal with the demands of multiple roles, just as their employees do. And so there seems to be a growing tendency among managers to be understanding of your need to prioritize these various demands in a way that works best for you, as shown by a growth in flexible work arrangements available to employees at a number of companies and the attitudes of the executives we spoke with for this piece.

Rakia Reynolds, president of Skai Blue Media and Skai Blue Show, herself spends time during the work day ordering groceries online. “You know, I do have to take some time during the day to schedule doctors’ appointments,” she said. And she wants her employees to prioritize their health and happiness. “I think there has to be some kind of balance…. I have no problem when someone has to take care of something [during the workday].”

Gene Marks, a regular contributor to the New York Times and Forbes, owns Marks Group PC, a 10-person CRM consulting firm. His understanding of the need to balance home and work led him to do away with a traditional central office; all of his employees work from home. Because of this, Marks’ employees enjoy some independence and flexibility in getting their jobs done. “I don’t really care what [my employees are] doing with their days,” he said. “I only care about them getting their jobs done and on time.”

Marks said that as long as his clients’ needs are met, he’s fine with his employees spending their days as they need to, even if that means running out for groceries. But “if you’re running errands and your clients aren’t reaching you, you’re not doing your job,” he said.

“People seem to be getting more comfortable with putting in longer hours,” said Scott Marden, Captivate’s research director, in the press release accompanying the results of the survey. “Part of that appears to come from the growing ability to take care of personal business during the workday.” (Marden couldn’t be reached for further comment.)

But Manciagli doesn’t think anybody should have to put in more office hours to justify errand-running. “I don’t believe that accomplishing ‘life’ duties at work should mean putting in longer hours,” she said. “Employees should not get in this habit due to ‘guilt’ or making up for the personal time.” And real-world executives agree. Neither Reynolds nor Marks expressed concern that employees spend longer hours in the office to make up for the time spent handling their personal or family needs.

Still, Manciagli said employees wishing to participate in the homing from work trend and take care of personal needs while on the clock should have a conversation with their boss about how these needs will be handled. “The plan should include when you will accomplish these (breaks, lunch), the fact that you will not use company resources, and you will continue to meet or exceed your work commitments,” she said.

And if an employee plans on grocery shopping or buying new uniforms for the kids during the workday, Manciagli said he or she should ask their manager if it’s OK to use company resources. The key to successful work-life balance is “to focus, with the support of your manager, on clear goals for what success looks like at work,” she said. “If you are not clear on the deliverables, get clear.”