The suburbs are dead -- and that's not a good thing

The resurgence of cities has been awful on the 'burbs: More crime, poverty, burned-out malls and foreclosed homes 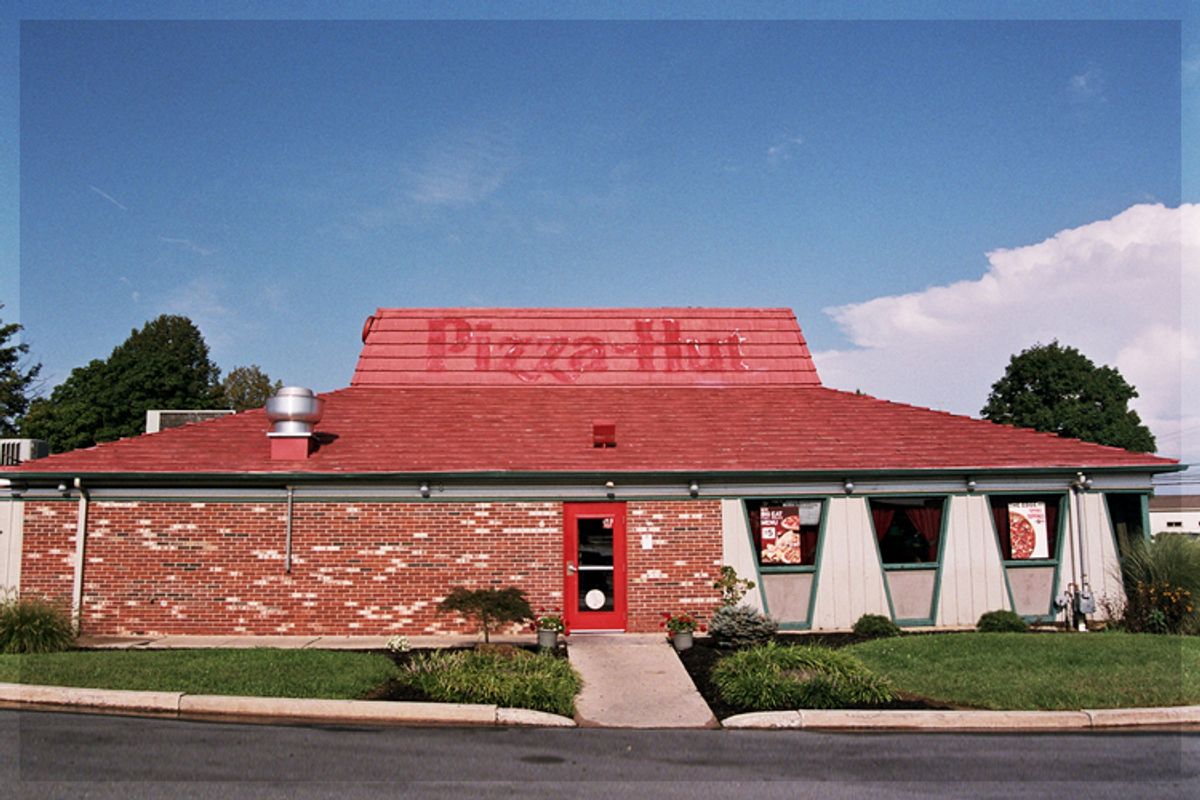 Excerpted from "The End of the Suburbs: Where the American Dream Is Moving"

One could argue that the resurgence of our cities does not necessarily portend the fall of the suburbs. But while many cities have been benefiting  from an influx of wealth, the suburbs have been suffering a rise in poverty. From 2000 to 2010, the number of poor in the suburbs or the nation’s largest metro areas grew by 53 percent to a record 15.3 million. And while poverty has increased in cities as well, the growth rate in the number of poor living in the suburbs was more than twice that in cities during the decade—and the suburbs are now home to the largest and fastest-growing poor population in the country.  This  isn’t just the Great Recession at work; as early as 2005, the suburban poor outnumbered  their city counterparts by almost a million. “We think of poverty as a really urban phenomenon or an ultra-rural phenomenon. It’s increasingly a suburban issue,” says Elizabeth Kneebone, Brookings fellow and coauthor of a recent Brookings book on the topic, "Confronting Suburban Poverty in America."

The reasons for this shift are many. During the growth years of the 1990s and 2000s, low-skill construction and service jobs boomed in the suburbs. Soon immigrants began bypassing cities and immigrating directly to the suburbs and exurbs. But these low-skill jobs were the first to vaporize in the housing bust and ensuing recession. At the same time, the longer-term collapse of the manufacturing industry outside midwestern cities pushed many people into poverty. Some of this is also due to the squeeze on the middle class in general. Indeed, the rapid rise in the poor population in the suburbs in the 2000s can’t be explained simply by more low-income residents moving there; a wide swath of the new suburban poor are longtime suburban residents who weren’t poor in the beginning of the decade but fell below the poverty line as incomes stagnated and home prices increased.

According to one study, nearly three-quarters  of suburban non-profits are seeing new visitors with no previous connection to safety net programs of any kind. In Grand Rapids, Michigan, Steve Gibson, executive director of Byron Community Ministries, says many people he sees seeking help were until very recently members of the middle class. “I hear it over and over again,” he told a reporter for Next City magazine. “ ‘We used to donate to you.’ ” In Long Island’s Suffolk County, the number of food stamp cases jumped 55 percent from 2010 to 2012, and the emergency-housing caseload hit a ten-year peak with nearly five hundred families and three hundred individuals living in shelters and motels.

Suburban poverty poses different kinds of challenges than urban poverty. There are fewer social services in the suburbs, so the safety net is “patchier and spread thinner” than in large cities, says Brookings’ Kneebone. And even when services do exist, it’s difficult for the poor to get to them if they lack access to a car. Suburban poverty also tends to be hidden behind closed doors as its residents fear the stigma of having their neighbors learn they’re getting government assistance.

Falling below the poverty line, after all, is not exactly keeping up with the Joneses. “Soaring poverty rates threaten the very foundations of suburban identities, suburban politics and the suburb’s place in the nation’s self-image,” wrote Lisa McGirr, professor of history at Harvard and the author of "Suburban Warriors: The Origins  of the New American Right."

Along with poverty, crime rates have gone up in suburban counties at the same time as they have declined in cities, and suburbs are increasingly seeing gang, gun, and drug activity, and worse. In 2012 federal prosecutors in northern Virginia charged alleged members of the Crips gang with luring high school girls in its wealthy suburban areas into teen prostitution rings. “Slavery in the suburbs,” read the special logo on the local news the night the story broke. After a tragic gang rape in a park in a planned community in Moreno Valley, California, the accused teens were said to have ties to a local gang. There has always been crime in the suburbs, of course, but increasingly it seems to be more of the sort once reserved for cities. While overall homicides have been falling nationwide—they fell sharply from 2001 to 2010, including a 16.7 percent decline in big cities, as places like New York City saw rates hit forty-year lows—they rose 17 percent in the suburbs. “People used to leave the city because they were afraid,” says the historian Kenneth Jackson. “Now, if you throw car crash danger in, you’re really in more danger in the suburbs than the city most of the time.”

Some experts say this shouldn’t come as such a surprise. The suburbs may have started out as safe, peaceful enclaves for the middle class, but as they grew, they came to more closely mirror the country in general. There are now suburbs for every society, age, race, housing type, and income, and the suburbs now contain all the good and bad things that come with those things, too. As Brookings demographer William Frey puts it, “If it’s  part of America, it’s  part of the suburbs.”

Other aspects of the suburbs have fallen into decline, too. Take the shopping mall. Once a hallmark of suburbia, it had by the mid-2000s become an anachronism. On the one hand, Internet commerce enabled shopping from the living room, and on the other, suburban shoppers now have other options in newer, open-air shopping centers that more resemble shopping on a Main Street. Only one enclosed indoor shopping mall has opened in the United States since 2006, and at existing malls, vacancy rates are soaring, hitting their highest level since the early 1990s. (A Web site, deadmalls.com, started by two retail historians, now tracks the “demise of these great giants of retail.”) But because mall construction is so expensive, once the massive structures are built, they’re stuck there. To stem the tide of vacancies, mall developers have been getting creative about finding new tenants, filling them with call centers, art galleries, car showrooms, even farmer’s  markets.  Cleveland’s  Galleria at Erieview is now closed on weekends because there are so few visitors, and part of the mall has been converted into a vegetable garden. “I look at it as space,” Vicky Poole, a Galleria executive, told the New York Times. “I don’t look at it as retail.”

Some developers have actually turned their focus on these dead or dying malls. Ellen Dunham-Jones, architecture  professor at the Georgia Institute of Technology, and June Williamson, associate professor of architecture at the City College of New York, have documented this phenomenon  in their book, "Retrofitting Suburbia: Urban Design Solutions for Redesigning Suburbs," a comprehensive look at efforts to retool, reinhabit, or return to nature abandoned suburban forms. In some cases, this means turning gargantuan forgotten malls into hip, urbanized residential villages. One such experiment is under way in Lakewood, Colorado, an affluent suburb west of Denver. The former Villa Italia shopping mall, a 1.2-million-square-foot indoor mall built in 1966 that had fallen on hard times, has been turned into Belmar, 104-acre pedestrian-friendly  community that has apartments, condos, town houses, office space, artists studios, and a shopping and entertainment promenade on twenty-two walkable, urbanized blocks. Now, instead of turning into the mall’s giant parking lot, you end up cruising along a downtown main drag, Alaska Street, which is lined with old-fashioned streetlights, coffee shops, boutiques, and restaurants. There  are more than a thousand housing units, which range from town houses to loft condominiums to small-lot single-family homes, as well as a row of ground-floor artist studio and business incubator spaces. A public art project called “Urban Anatomy” has installed small works of art and fragments of poetry on manhole covers, sidewalk joints, and grates throughout the development, highlighting overlooked details of the urban environment.

The whole setup is definitely still suburban—the new urbanized village includes a Zales, Yankee Candle, and Sur La Table—but these suburbanites can leave their loft apartments on foot, pick up an espresso, and go hear a poetry reading, all on a site where Foley’s, Dillard’s, Montgomery Ward, and JCPenney once sat. There are dozens of these projects at other malls around the country. “It’s time to let the suburbs grow up,” Dunham-Jones says.

Suburban chain restaurants are in the middle of a retrenchment, too.

The number of restaurants in the country grew by more than one hundred thousand from 1996 to 2008 as mid-priced mass-market restaurateurs like Friendly’s, Applebee’s, TGI Friday’s, Olive Garden, and others chased the boom into the suburbs and the exurbs; after the recession and housing bust hit, analysts said at least twenty thousand restaurants needed to close in order to bring the industry back to equilibrium. Now, so-called zombie restaurants languish everywhere. “I don’t think we’re overbuilt,” Paul M. Mangiamele, the CEO of Bennigan’s Franchising, told the New York Times. “I think we’re underdemolished.”

Excerpted from "The End of the Suburbs: Where the American Dream Is Moving" by Leigh Gallagher, in agreement with Portfolio, an imprint of Penguin Random House. Copyright (c) Leigh Gallagher, 2013.