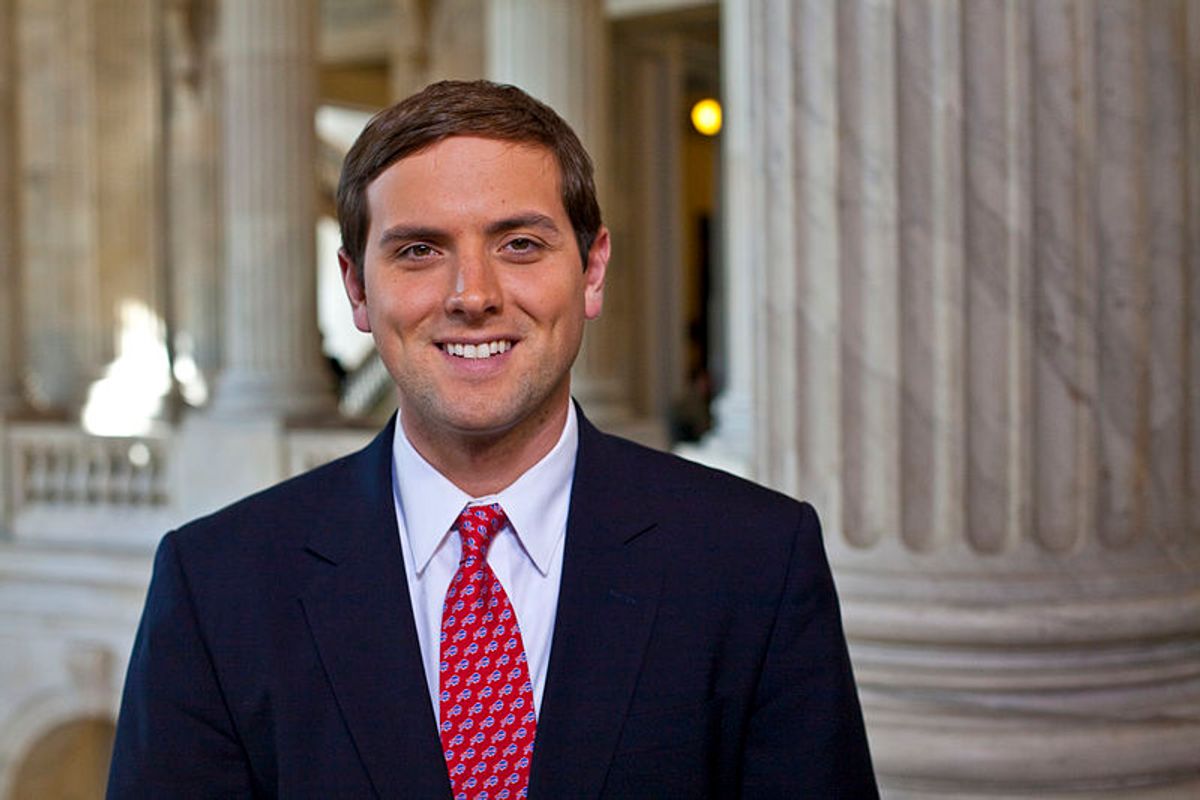 A profile in the the New Republic by Noreen Malone looks at NBC News correspondent Luke Russert, and D.C.'s love/hate relationship with him. As Malone writes, "Luke-hating is a bit of a Washington bloodsport," and several anecdotes in the piece attempt to illustrate why. Here are the highlights:

Nonconformity is foreign to him, say Hill colleagues. Even if, as he told me, he skateboarded as a teen and “wore flannel before flannel was cool,” the cri de coeur of the modern hipster. (It was, of course, also cool in the '90s.)

“I’ve never really thought of him as an NBC person because I grew up with him being around the house. … Tom Brokaw, not anchor of NBC news, but just Tom Brokaw, has been great.”

He has an especially jocular relationship with Speaker John Boehner, who, when Russert asked him on Valentine’s Day what the speaker had gotten his wife for the holiday, replied, “Same thing I got you, honey," and blew Russert a kiss.

On his somewhat strained relationship with Ezra Klein:

To be a pet and acolyte of the older generation’s establishment figures doesn’t exactly endear him to his contemporaries. If there is a “mayor” of his generation’s Washington, it is the careful Ezra Klein, who, as his own MSNBC career began to take off, reached out to Russert after his father’s death to make amends for a much-quoted crude tweet he’d written about Tim Russert (which Klein said was taken wildly out of context). Russert was not receptive. “I do not have a professional or social relationship with Ezra Klein,” he told me (through the aforementioned spokesperson) when I asked about the exchange.

On the decline of modern journalism:

“One thing that’s lost now is a lot of writers they sit behind a computer screen in an office. They very rarely try to meet people in person,” he complained. “They very rarely even call someone on the phone. It’s all email. I think when you do that you lose the story. You become just a spin-ster, an opinion person. To me that’s not journalism, that’s just watching cable TV and commenting.”