Art co-ops are now a thing

The art world takes inspiration from the local food movement 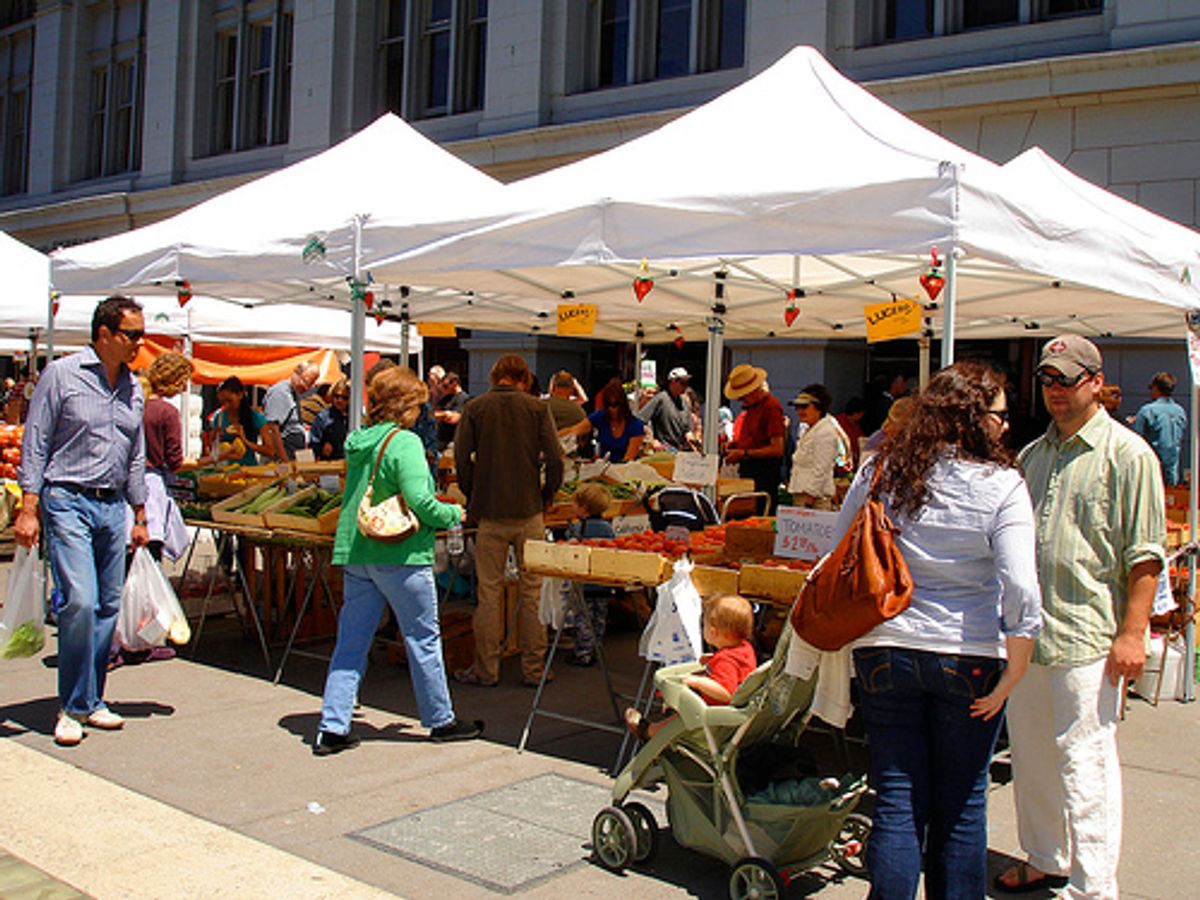 Despite the convenience of being able to use the same abbreviation (C.S.A. now stands for community-supported art), it's not necessarily an intuitive leap. Receiving a brown paper grab bag of strange vegetables is a challenge for the adventurous cook; the same thing filled with experimental artwork is a bit more of a gamble. For example, the haul from one $350 share in Pittsburgh included "a Surrealistic aluminum sculpture (of a pig’s jawbone, by William Kofmehl III), a print (a deadpan image appropriated from a lawn-care book, by Kim Beck) and a ceramic piece (partly about slavery, by Alexi Morrissey)."

But proponents say its a way for consumers to form a connection with local artists, much in the same way that food co-ops introduce us to neighborhood farmers. And in what from my own experience I'd call the "orange cauliflower effect," they believe it's a way for people who are only familiar with more conventional artwork to broaden their horizons. Not to mention the fact that the artists chosen to participate get guaranteed buyers in return.

Originally started in Minnesota four years back, the co-ops have sprung up in Pittsburgh, Miama, Lincoln, Neb., Fargo, N.D., and, naturally, Brooklyn.