Mix venture capital, hype and dog-owner vacation anxiety and what do you get? How about the next dot.com crash? 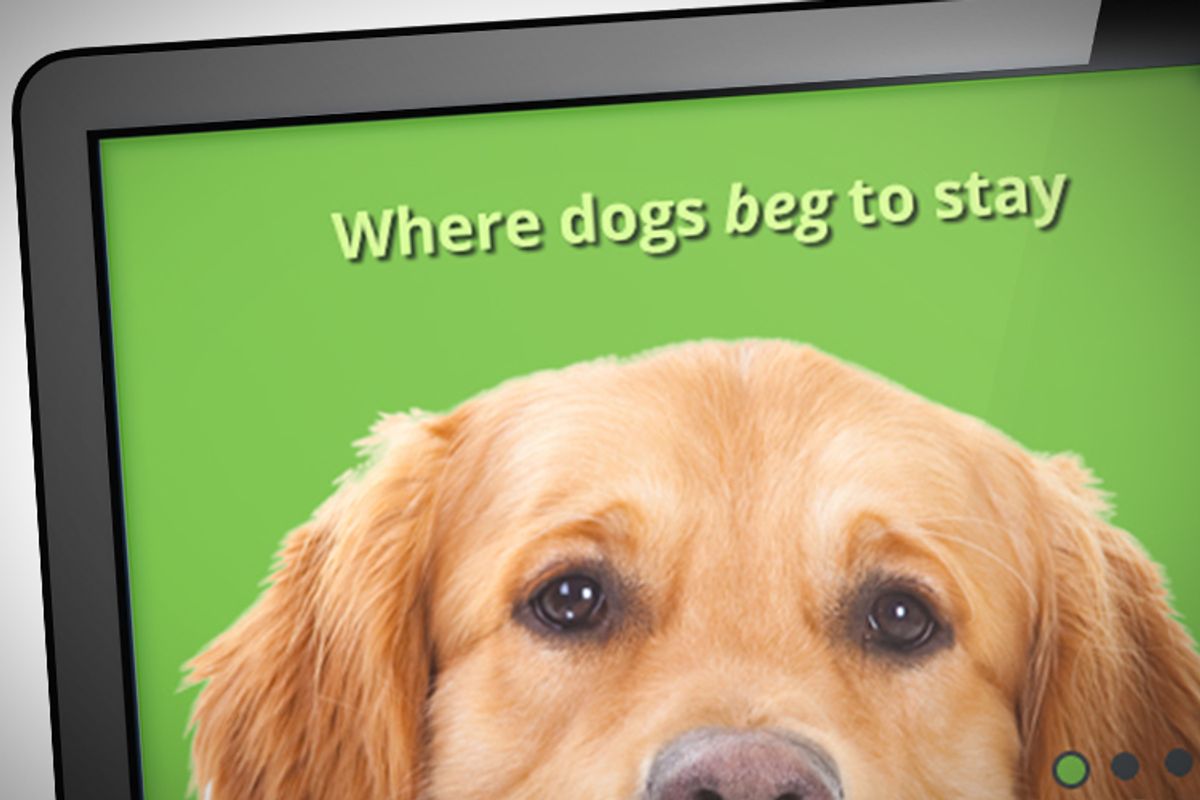 Both sites work similarly, encouraging worried dog owners fretting about placing their dogs in impersonal kennels to exploit the sharing economy to get Fluffy into a "real home." Connecting dog owners with dog sitters -- isn't that what the Internet was invented for?

I'm not going to argue that there isn't a real niche worth filling here. In my previous incarnation as a dog owner I could totally see myself logging on to find a "vetted" dog-sitter in my neighborhood who would send me daily pictures to make sure everything was A-OK with Fuzzy (yes, real name). When vacation approaches and all your dog-sitting options have fallen through, well, that's a first-world problem with real bite.

But come on! When venture capital firms start sniffing each other's butts while maneuvering to win the dog-sitting sharing economy space, that can only mean one thing: A massive bubble full of dog hair, chew toys and plastic bags filled with poop is about to pop. Stupid money is chasing its own tail. That never ends well.

Does no one even remember the brutal consolidation of the online pet portal sector at the turn of the century? I lived through those days and I can tell you, it was beyond awful. The smell of impending dot-com crash doom lingered over every hyperbolic press release announcing yet another Web-based pet food delivery system. And when the pet portals started to fall like so many curtains dragged to the ground by a crazed Australian shepherd who should never have been left alone inside the house, you just knew it was all over for everybody else too.

Dog boarding just got awesome. If you've got a better epitaph for this particular stage of Internet economy frothiness, I'd like to hear it.