Fukushima's radioactive groundwater is headed to the Pacific Ocean 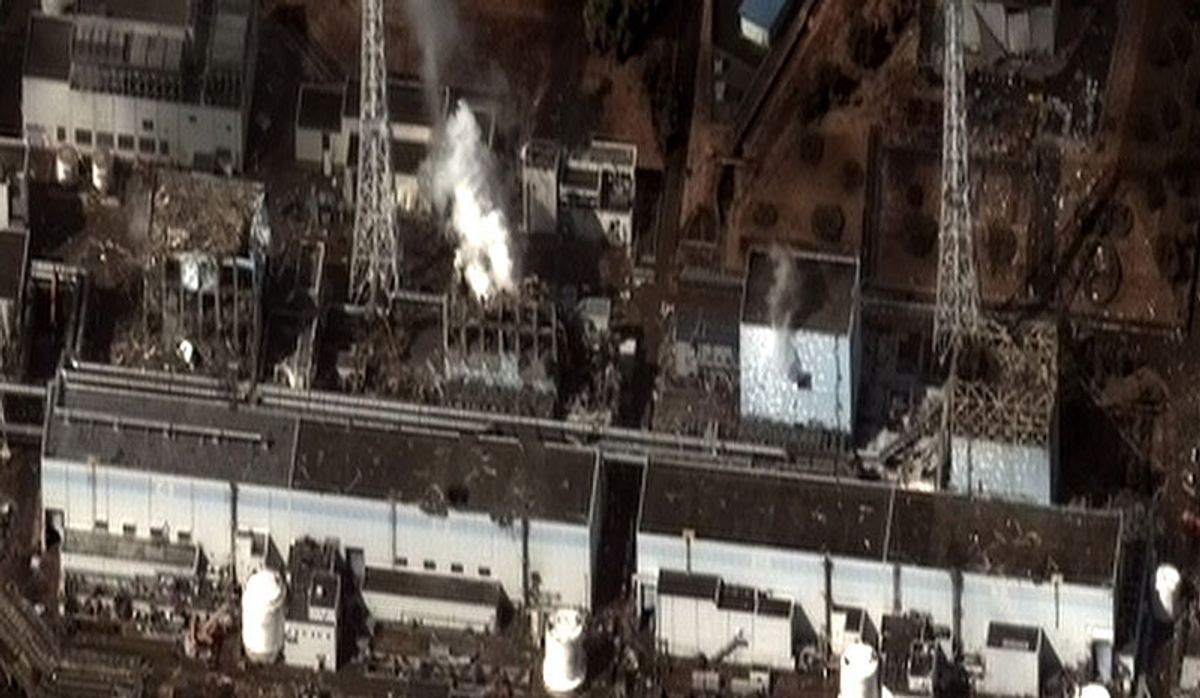 The Fukushima I Nuclear Power Plant after the 2011 Tōhoku earthquake and tsunami. (Wikimedia Commons)
--

The nuclear reactor damaged in the 2011 Tōhoku earthquake and tsunami might have a radioactive groundwater problem, the head of a watchdog group told Reuters. According to Shinji Kinjo, head of a Nuclear Regulatory Authority task force, "This contaminated groundwater has breached an underground barrier, is rising toward the surface and is exceeding legal limits of radioactive discharge."

Tepco [Tokyo Electric Power Co] is trying to prevent groundwater from reaching the plant by building a "bypass" but recent spikes of radioactive elements in sea water has prompted the utility to reverse months of denials and finally admit that tainted water is reaching the sea.

"If you build a wall, of course the water is going to accumulate there. And there is no other way for the water to go but up or sideways and eventually lead to the ocean," said Masashi Goto, a retired Toshiba Corp nuclear engineer who worked on several Tepco plants. "So now, the question is how long do we have?"

Kinjo, calling the situation an emergency, says we probably have three weeks. He contends that Tepco has not taken sufficient measures to address the issue.