The consensus: "It is close to meat" 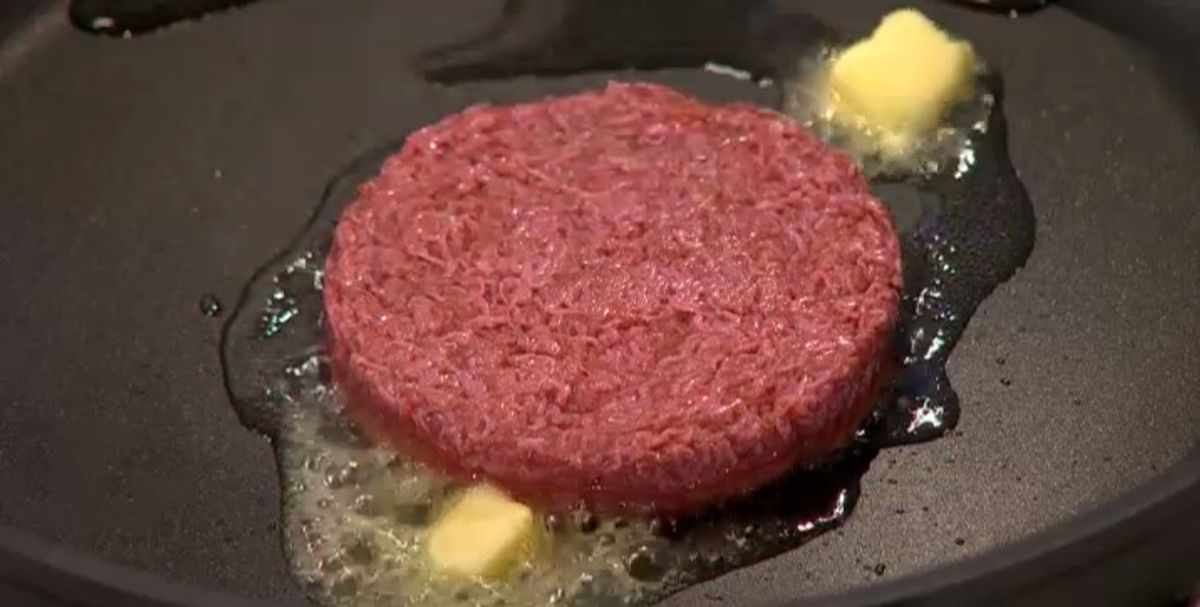 "There is quite some flavor ... quite some intense taste," said food scientist Hanni Rützler, looking perhaps a tiny bit queasy as she tasted the lab-grown meat that premiered publicly for the first time this morning in London. "It is close to meat."

Added Josh Schonwald, author of "The Taste of Tomorrow: Dispatches From the Future of Food" and the meat's second official taster, "the texture has a feel like meat." He ranked it as existing somewhere between a meat-imitating Boca Burger and a McDonald's burger.

Both agreed that the patty, prepared by chef Richard McGeown, wasn't quite what you'd get from a slaughtered cow, calling out the absence of fat as being particularly noticeable. We're still a long way, too, from being able to produce synthetic meat quickly and affordably. This morning's meal took three months to produce, which, as someone pointed out, is still "faster than a cow."

Dr. Mark Post, the scientist behind the meat, said he's confident enough in its safety that he'd be comfortable letting his children eat it. Members of the audience expressed disappointment that they weren’t allowed to partake.

"This is kind of an unnatural experience," said Schonwald as he chewed. What he meant, though, was that his sample came sans ketchup.

Said Post, "I think it's a very good start."