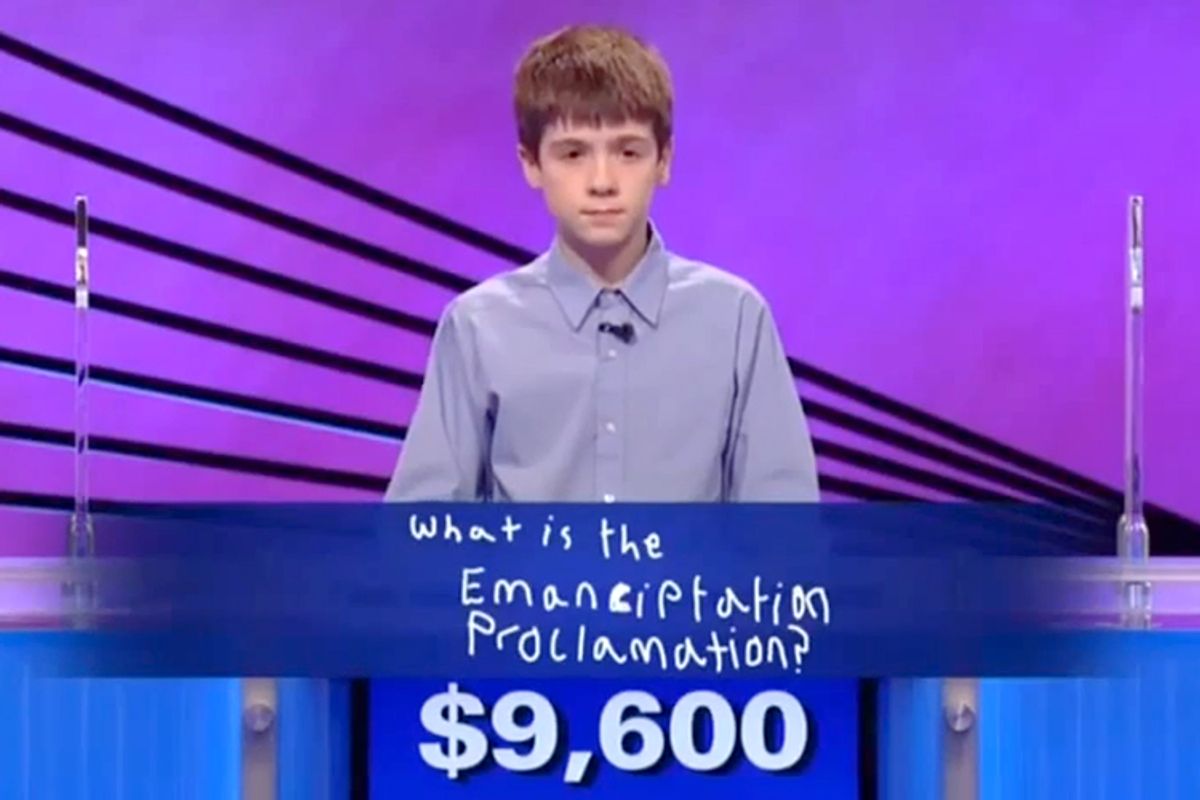 An eighth-grader competing on "Jeopardy!" missed out on a correct Final Jeopardy response for inserting an extra letter into "Emancipation."

Asked to name the 1863 document Abraham Lincoln called "fit and necessary," young Thomas Hurley III, a "Kids Week" competitor, referred to the "Emanciptation Proclamation." It's the "Emancipation Proclamation" -- only one "T" in the first word, and though host Alex Trebek clearly understood what Hurley was trying to get across, he said that the judges had ruled against Hurley. He lost his wager of $3,000.

Hurley had no chance to win the game, and his second-place total of $2,000 was unchanged by his misspelling of "Emancipation." According to the authoritative, fan-run "Jeopardy!" site J-Archive, though, it's debatable whether "Emanciptation" could be accepted even under the fairly lenient rules governing spelling on the show: "Incorrect pronunciation (or spelling) is not penalized unless it adds (or deletes) a sound or syllable to (or from) the correct response." If only he'd misspelled it "Emansipation!"