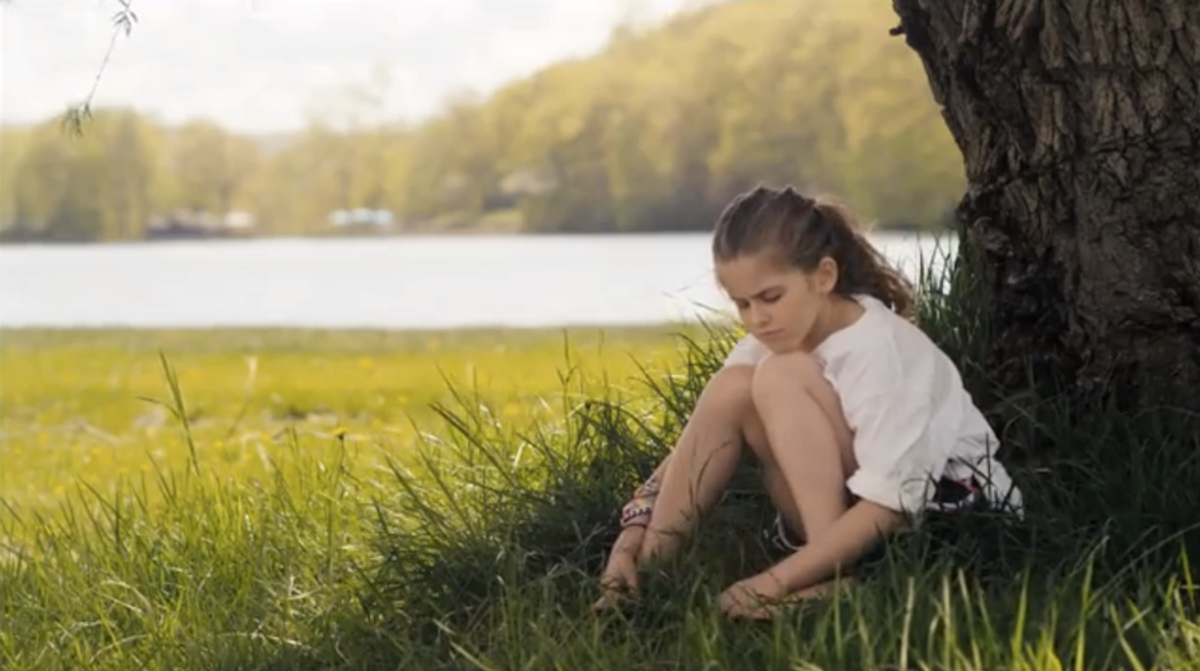 Madison Avenue can find a way to sell us Chia Pets, Snuggies, and Cheez Whiz, but they can't seem to market tampons to save their souls (or our underwear). Icy blue liquids? Annoying red-headed ladies acting as “mother nature”? They're lucky our brains have been semantically trained to translate happy women in brightly colored outfits to sanitary product commercials without any sight of blood or often even the product they're trying to sell. Actually, they're even luckier women are biologically designed to menstruate, so they have a constant population of buyers despite their long history of crappy marketing.

That is until very recently.

HelloFlo's “The Camp Gyno” commercial has been going viral because it's one of, if not the, first ads for pads and tampons that doesn't pussyfoot around periods. Unfortunately, HelloFlo isn't nearly as cool or progressive as its commercial is, and the actual product disappointingly plays off of antiquated, sexist stereotypes about women on their period.

I'll get to that in a little bit, but first, here's why the commercial, if not the product, is awesome. For one, it manages to be simultaneously laugh-out-loud hilarious and genuinely relatable. The premise in and of itself is pretty brilliant: a girl who was a “loser” at sleepaway camp gets her first period and becomes popular by decreeing herself the “camp gyno” and becoming a fount of menstruation knowledge. Just as she turns into the frighteningly controlling Don Corleone of menses, girls start getting care packages filled with tampons and pads from HelloFlo, freeing them from the tyranny of the “camp gyno.”

In addition to coming up with a genuinely funny and clever way to market menstrual products, the commercial deserves props for going for clarity rather than frilly euphemisms. It manages to actually feature the word “vagina.” There's even actual, reddish liquid, and even better, it's spurting out of a Dora the Explorer doll at a frightening high speed and flow. The precocious “camp gyno” (played with aplomb by Macy McGrail) delivers what might be one of the best lines in television commercial history: “I was their Joan of Arc. It's like I'm Joan, and their vadge is the arc.”

Moreover, for the first time, the women getting their periods aren't hot, twenty-something women, but a young, non-glamorous girl. Blogging for The Philly Post, Kathleen Volk Miller complained that “the girl looks like she's nine” (she is) and “is at least young enough to have Dora the Explorer doll.” Hate to burst your bubble Miller, but puberty generally begins from ages 8 to 13, according to the National Women's Health Network, so plenty of nine-year-olds are getting their periods and certainly young enough that they're still playing with dolls.

There's been a slow but building crimson tide of change in menstrual marketing over the past year, from U.K. maxipad manufacturer Bodyform's brilliant commercial “The Truth” to Russia's Tampax ad involving a shark bloodily consuming a woman (which turns the tradition of ridiculous menstruation euphemisms on its head, if in an extremely violent manner). But what even these ads have failed to do is tell a fun and relatable story about periods, which is shocking since few things are as easy for women to bond over as their periods. Choosing to depict one's first period with humor rather than sappiness and show the bragging (which there is) and the confusion (which there is) is a refreshing and engaging marketing tactic. For the first time, I felt a genuine, emotional connection to a commercial for menstrual products, instead of an intense desire to mock it.

Regrettably, I can't say the same for the actual product, HelloFlo, a delivery service that drops a box of tampons, pads, and candies to your door once a month. After watching the commercial, I eagerly went to HelloFlo's website (yup, that's how good the commercial was) and was let down.

From the get-go, I wasn't thrilled about the candy part of HelloFlo. I don't mean to be a Debbie Downer/feminist, but there's something about the coupling of candy with menstruation that makes me shudder. In my mind, it suggests women transform into chocolate-loving, insane, hand-waving Cathy comic strips during our periods.

Don't get me wrong; I like eating candy regardless of the time in my cycle, and it's sweet if a friend or loved one brings chocolate when you're in pain (due to menstrual cramps or any other reason). But I keep wondering whyHelloFlo couldn't just push the practicality of having menstrual products delivered once a month instead of dressing it up with flowery accoutrements. There's a pretty robust stereotype that women become incompetent, crying monsters once a month that can only be subdued with sugary treats. Not for nothing, is menstruation STILL being cited as an argument for keeping women out of military combat.

Worse, though, is that when you check out HelloFlo's website, it becomes clear they still promote the same embarrassment tactics on which so, so many tampon and maxipad companies rely. The founder describes how she came up with HelloFlo because she “didn't want to trek through [her] office with a practically see-through bag with tampons.” Because G-d forbid any of your coworkers realize that you get your period! Sadly, most women can, in fact, relate to the pressure of having to carry their makeup bag during every trip to the bathroom one week a month for fear of offending a co-worker with the sight of an actual tampon. But, this is exactly the kind of menstruation shame that we should reject, not bend to.

In another section of the website, the consumer is assured the box is “discreet,” so “feel free to have it sent to your office.” I am beginning to wonder what the hell kind of office the founder of HelloFlo was formerly employed in that she feared coworkers realizing she was on her period the way most worry their coworkers realize they're on GChat all day.

Overall, it's pretty disappointing to compare how refreshing and funny the commercial is against a product that is so regressive. Really, HelloFlo, don't tease our progressive minds and menstruating bodies with a precocious adolescent relishing in her “red badge of courage” and using anatomically correct names for her genitals and then push the “discreet” packaging song-and-dance.

The letter on their website closes with “We can't change biology but we can make your experience of your period easier.” Where did the adolescent excited about getting her first period go? Who said anything about changing biology? What if I'm someone who isn't ashamed or crippled by her period, but rather I look forward to it because it's a sign that my body is healthy (knock on wood). Oh, and not pregnant.

In the end, HelloFlo ends up sounding like a service meant to hide your period rather than embrace it. No wonder the "camp gyno" hates it.