The chairmain of the Washington Post Co. on his decision to sell and the Amazon founder's vision for the newspaper 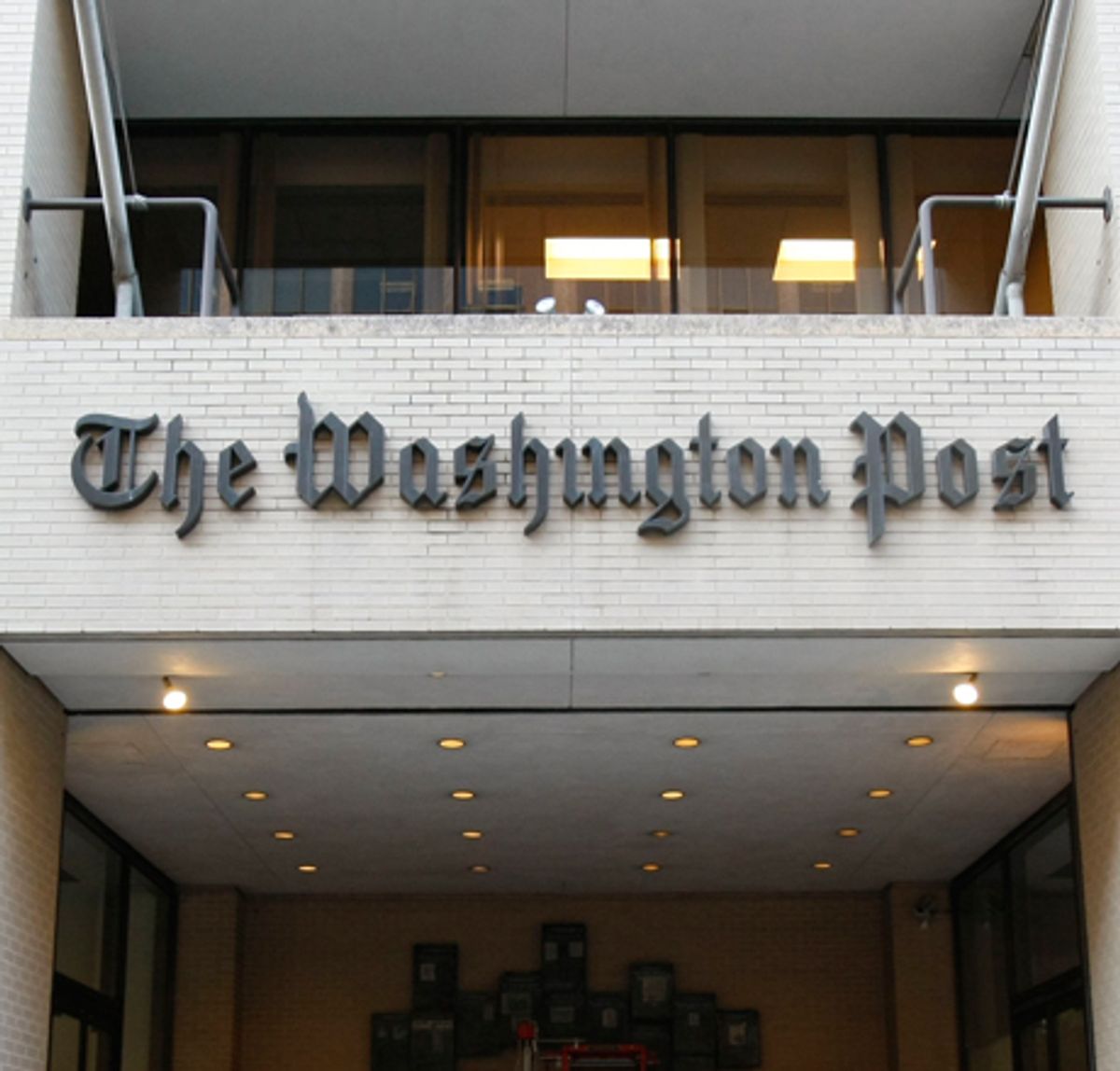 Aug. 6 (Bloomberg) -- Don Graham, chairman of Washington Post Co., agreed to an in-person interview at the Washington Post’s headquarters in Washington, D.C. He discussed how the Graham family decided on the Post’s sale to Jeff Bezos, the founder and chief executive officer of Amazon.con Inc. and the billionaire’s vision for the future of the newspaper. This is an edited transcript of the questions and his replies.

Clearly this is a momentous day and a huge decision. I’m really interested in how you came to this point.

Don Graham: Katharine, the publisher of the Post, is my niece and the company has been in my family for a little more than 80 years. Katharine and I literally grew up knowing from very little that we were part of this family and we were proud of it. Katharine became the publisher in 2008. Even before then, the Post was going down in revenue. But 2008 and 2009 were horrible years. The revenue has been down significantly for seven years in a row.

We have innovated very successfully in terms of building audience, in terms of the quality of our products, in terms of our reputation but not in terms of offsetting the decline in revenues. Our digital revenues have been growing, but they haven’t been growing nearly enough to offset the decline in print advertising revenues. So Katharine and I talked at the end of last year or beginning of this year. We had no doubt the business could stay alive under our ownership, but what we would have had to do was innovate all we could and cut. For the first time, to our surprise, we asked each other whether there might be some person or company out there who could bring something different.

So this was initiated by your reflection?

Graham: By the two of us jointly looking at the future. We didn’t decide to sell, we decided to ask ourselves if there would be a buyer. Yes, obviously we cared about fairness to the shareholders to the company, but we also wanted to give the Post the maximum chance for success.

So how did you find Jeff?

Graham: We employed an investment company, Allen & Co. LLC, and Nancy Peretsman, who is a well-known person to work with on behalf of Allen & Co. Nancy reached out to Jeff early. Jeff expressed interest to Nancy and they had two long talks on the telephone. Then there were a couple of months of silence.

When was this, roughly?

Graham: I don’t know what month, but earlier this year. Then, I had thought early on Jeff would be an unusually wonderful buyer, but I didn’t expect him to come forward because he’s so single-minded about his company. Jeff then reached out to me with an e-mail less than a month ago and obviously, he had been thinking about it for those interim months. So this wasn’t a sudden or impulsive decision. It was a considered decision and then he and I, face-to-face, spent about three hours talking in meetings -- one hour one day, two hours the next day.

When was that meeting?

Graham: Last month. I would say roughly three weeks ago.

And that was the first time you’d met Jeff?

Graham: No, I’ve known Jeff for 15 years. It was the first time we’ve discussed this face-to-face. We would have talked late in the week of July 7 to July 13.

And that meeting was here?

Graham: No, that was at a conference in Sun Valley. But it was two successive, pretty long talks. But Jeff and I had talked. Over the years, I have sought advice from people who know a lot about technology, which I do not, about what they thought the future of the news business was and Jeff was obviously someone I was eager to consult with. We talked a lot about the time the Kindle launched because it interested me a lot for the same reason that it came out when the iPad did. We were very early on the Kindle -- I don’t think we were first, but we were tied for first.

The meeting at Sun Valley -- was it at a restaurant, hotel room, office?

Graham: We sat outside on the back porch of the buildings where the meetings themselves were going on and the second meeting was at a typical rental condominium in Sun Valley that was owned by Allen & Co. I’ve known Jeff long enough and I know enough about his personal qualities. We had talks that centered on the well-known problems of the newspaper industry. We ended those talks and he said, “I’m still interested.”

What’s your sense of what his vision is for the paper and the company?

Graham: If there’s one sentence that everyone would agree with from the newsroom to the printing plant, it is that every year there will be a little more digital. People will read more news on digital devices and a bit less every year in print.

The print business here is very strong, but the advertising side is declining in revenues. The digital side has surprised me by how big it is and how fast it’s growing. It’s growth in revenues has been welcome, but big not enough to make the crucial difference between growing and cutting.

What about the publisher and the editor and the staff?

How did you decide on the price?

Graham: I told Jeff what I thought would be a fair price and he agreed to it. I was informed by conversations with other potential buyers.

Has Jeff said to you where he sees the business developing? Is this a revolution in the newspaper business?

Graham: I hope so, but Jeff is not coming in with a plan. He personally isn’t going to come in and do development work on the newspaper -- that’s not what’s going to happen. But if you’re Jeff, or one of the great technologists in the country, you know everybody. And Jeff knows how to get people together to develop successful changes in what we do. But first he’s going to have to think about it. And he’s going to have to get familiar with why we aren’t growing in the first place, where news comes from, what our readers want. One of the wonderful things in Jeff’s statement is that it’s all going to begin with readers, which is also what Eugene Meyers said when he bought the paper in 1933.

How do you feel? What kept you up at night about this?

Graham: When we started this, every member of my family and every member of management had the same reaction when we started thinking about this. Great surprise. None of us had ever imagined doing this. Then, when we think about what Jeff brings, that part is pretty obvious. None of us -- me, Katharine or any other member of the Post Co. or my family wanted to sell. But what I described is what led me to think of it. He says in the statement that we don’t have certainty, but we’re going to try and that I find very exciting. This could be a very exciting place to be.

To contact the reporters on this story: Callie Bost in New York at cbost2@bloomberg.net; Sara Forden in Washington at sforden@bloomberg.net