A desolate report from the heart of the West's climate crisis 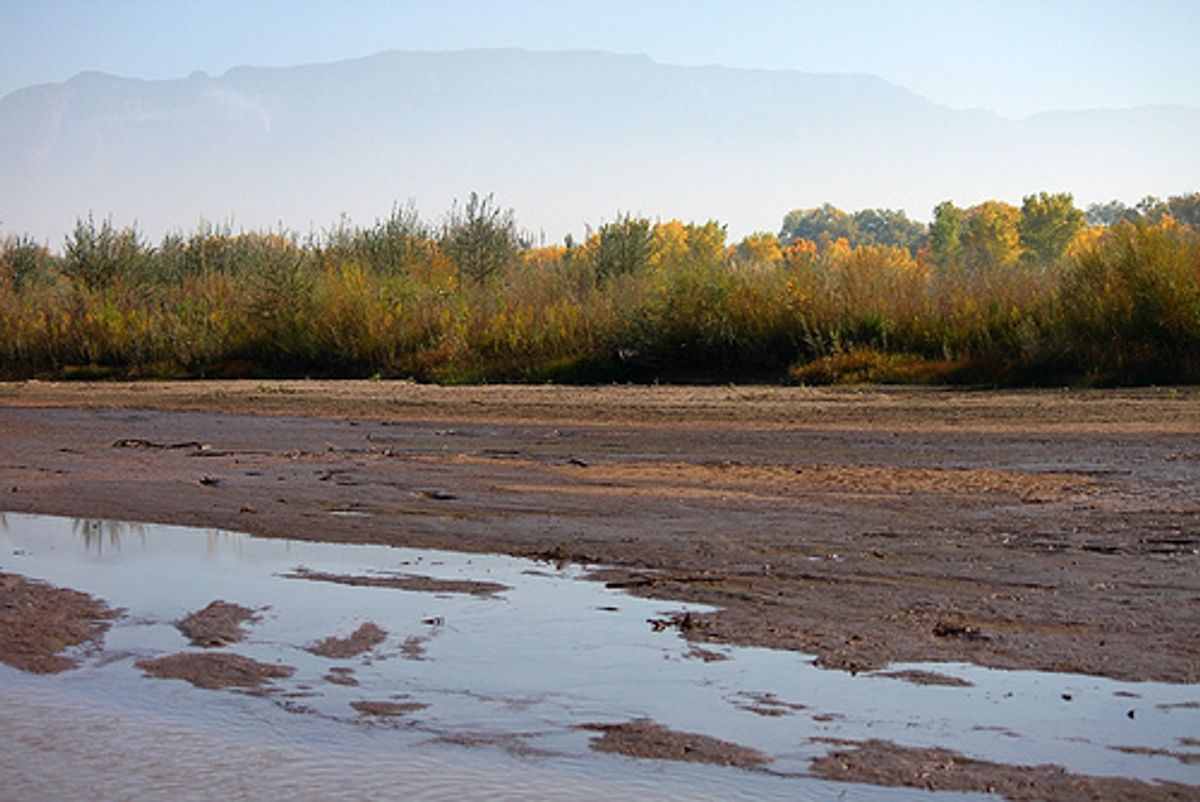 Los Angeles Times reporter Julie Cart traveled to the Rio Grande Valley, where animals are dying, crops are failing and the Rio Grande has been nicknamed the "Rio Sand." People are subsisting on trucked-in water or attempting to dig deep wells that cost upwards of $100,000.

The question many here are grappling with is whether the changes are a permanent result of climate change or part of cyclical weather cycle. [Chuck] Jones, a member of the governor's drought task force, is cautious about identifying three years of extreme drought as representing a new climate pattern for New Mexico. It could be a multi-year aberration.

Nonetheless, most long-term plans put together by cattle ranchers, farmers and land managers include the probability that the drought is here to stay.

A third-generation rancher told Cart: "It's all changed. This used to be shortgrass prairies. We've ruined it and it's never going to come back."

Few cattle are any loner sustained by the rangeland north of Las Cruces, which is experiencing a rare ecological phenomenon known as "state change": The Chihuahuan Desert grasslands is transforming into desert.

[Brandon] Bestelmeyer, a landscape ecologist, describes what's at stake: "If we lose the grasslands, grazing is over, and the generations of people who depend on grazing will lose their livelihoods."

Biodiversity will decline as wildlife and bird species move away or die off. Moreover, a denuded landscape loses its ability to transport water to recharge aquifers, a crucial resource in the desert.

Finally, he said, without vegetation to hold soils in place, dust and sand will be on the move and encroach onto roads, crops, homes and businesses.

Here's the U.S. Drought Monitor's most recent data on the dismal situation in the American West, where over 87 percent of the region is in a drought: