Nope, that would be "One Direction" 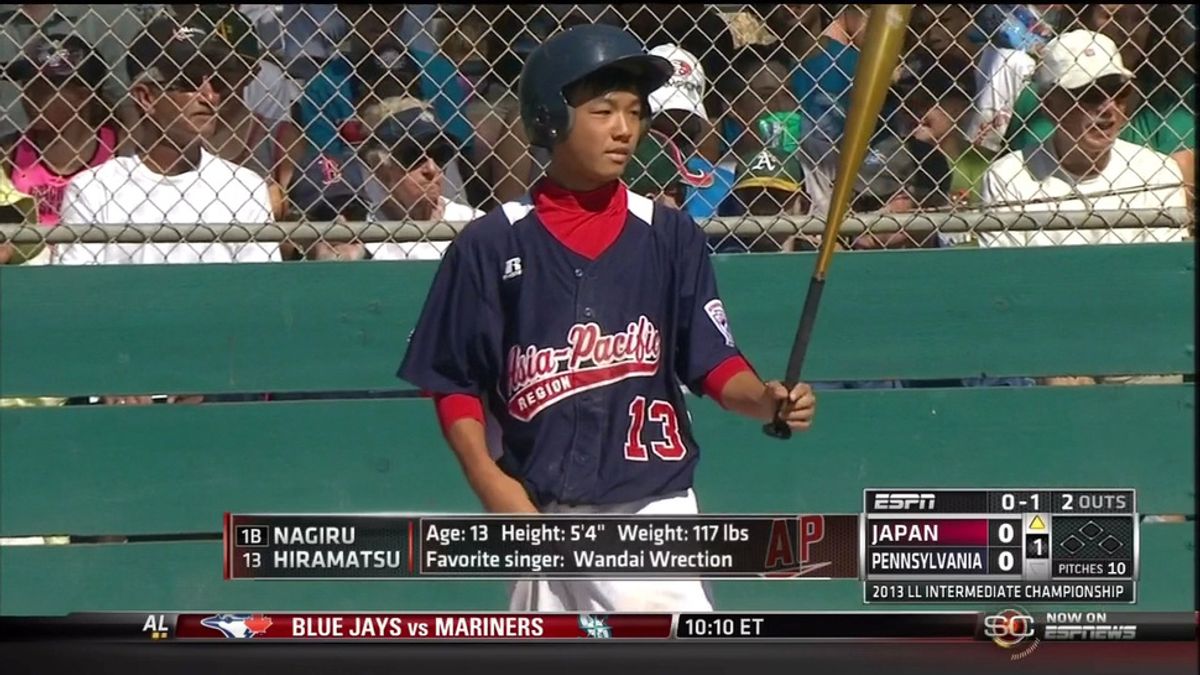 It may not be as bad as KTVU's report with fake Asian names, but during last night's broadcast of a Little League World Series game between Japan and Pennsylvania, ESPN misidentified Nagiru Hiramatsu's favorite singer as "Wandai Wrection."

As you might have guessed, no, Wandai Wrection is not a singer, nor is it a band. It is a result of someone at ESPN butchering a Japanese kid's accent without attempting to clarify or recall that One Direction is currently one of the most popular boy bands in the world.