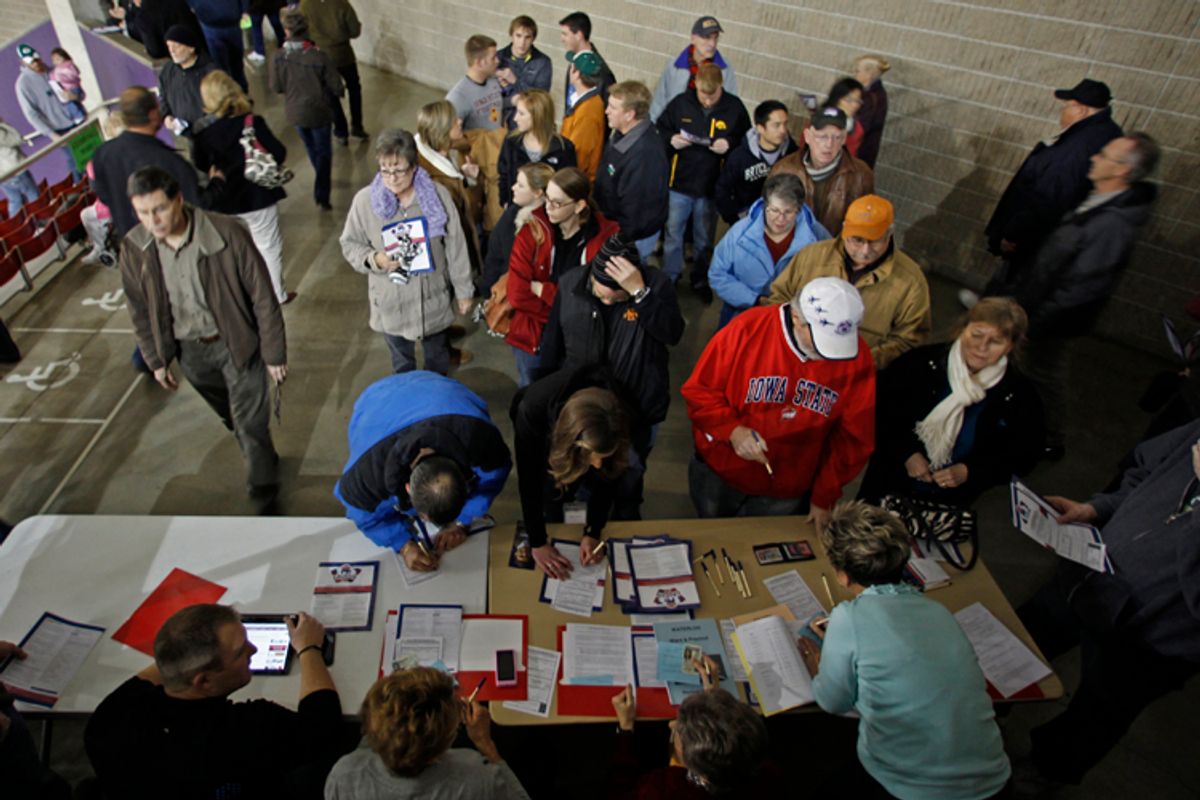 Progressives already have a message for anyone hoping to win the Democratic Party's presidential nomination in 2016: Don't mess with Social Security -- or you'll lose.

Any presidential primary is a war for the soul of the party, and for Democrats in 2016 in Iowa, it's a safe bet that at least one battle in that war will be fought over Social Security. Earlier this year, President Obama shocked liberals by including a measure to trim Social Security benefits in his budget proposal, dividing the party in half, and prompting accusations of betrayal to fundamental Democratic principles. Still, many party leaders supported the change, creating a major fault line in the party that remains unresolved to this day.

The White House has since backed off on its desire to switch to the so-called "chained CPI," but the push for "entitlement reform" is not dead and how Democrats, and especially presumptive nominee Hillary Clinton, respond to it will determine the fate of the social insurance program and perhaps the Democratic Party.

With all that in mind, a coalition of progressive groups, which has recently gone on offense by launching an effort to expand Social Security, is firing the first shot in this coming war -- and they have polling to back them up.

New data shared with Salon ahead of its release shows that a whopping 70 percent of Iowa voters oppose "the recent White House proposal to cut the cost-of-living adjustment for Social Security benefits, resulting in a worker at age 75 receiving $658 less in benefits per year." Just 14 percent support that plan, while another 10 percent aren't sure.

The Public Policy Polling survey, sponsored by Democracy For America (DFA), the Progressive Change Campaign Committee (PCCC), Social Security Works (SSW) and Credo Action, also found that Iowa voters are more than twice as likely to support a Social Security expansion plan introduced by Iowa Sen. Tom Harkin as to oppose it, with 52 percent in favor and just 21 percent opposed.

One way to shore up Social Security's finances and create enough funds to support expansion would be to eliminate or raise the income tax cap, which makes it so only the first $113,000 of a worker's income gets taxed for the program. Asked about that idea, 63 percent of Iowa voters support "scrapping this cap," while 19 percent oppose it, and another 18 percent aren't sure.

"The road to the Presidency starts in Iowa and, with broad popular support like this, any candidate -- Democrat or Republican -- that is serious about winning a Hawkeye State caucus in 2016 should be looking for an opportunity to join Senator Harkin and come out for Social Security expansion," said Jim Dean, the chairman of Democracy for America.

Previous polls sponsored by the coalition have found that even in deep red states like Texas and Kentucky, which is currently in the throes of a heated Senate race, voters support expansion.