Polar bears and baby seals are starving and stranded 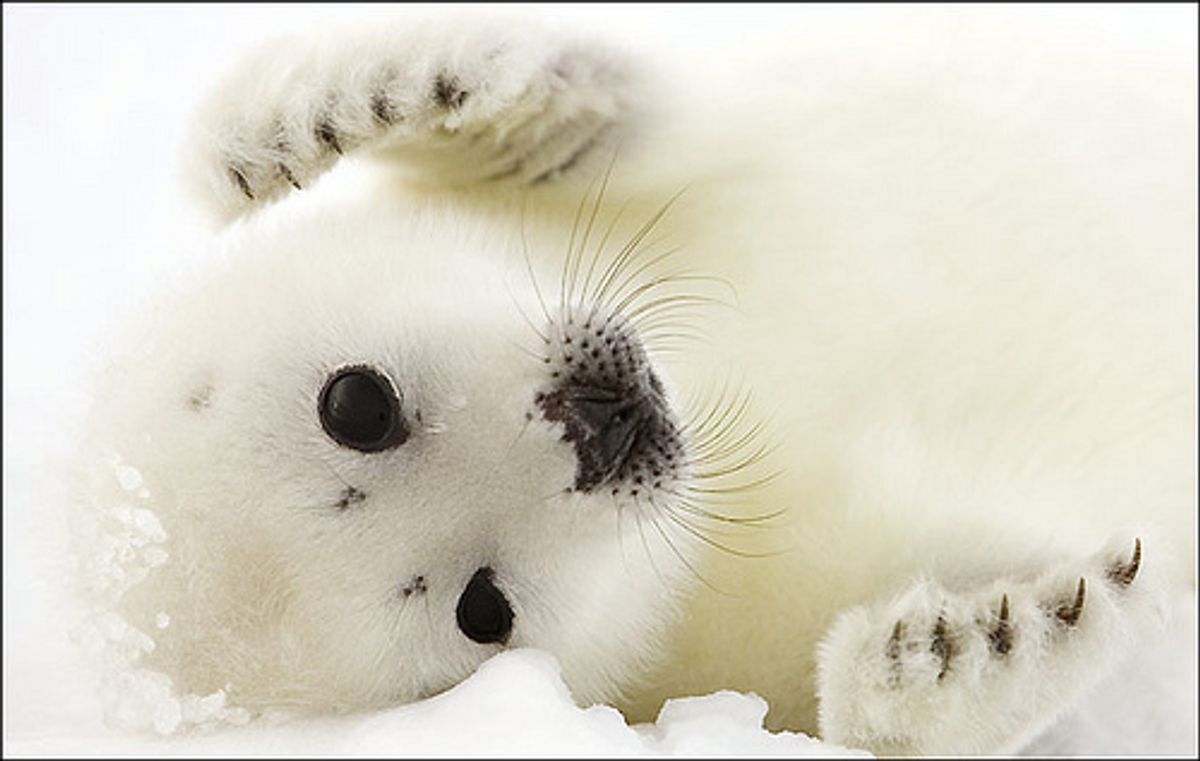 Pity the polar bears, and the baby seals. Yesterday, we received news via The Guardian of a Duke University study which found that stable winter sea ice, where harp seal pups are born and sheltered in their early days, is quickly disappearing. This is affecting not just the weak baby seals, but all the baby seals. According to satellite images analyzed by the researchers, the amount of ice available to them in the North Atlantic has diminished at a rate of 6 percent per decade since 1979,  For further illustration, each little orange dot here represents a stranded seal: Meanwhile, a polar bear was recently found dead of starvation. "Climate change has reduced sea ice in the Arctic to record lows in the last year," The Guardian reported this morning, "and Dr. Ian Stirling, who has studied the bears for almost 40 years and examined the animal, said the lack of ice forced the bear into ranging far and wide in an ultimately unsuccessful search for food." Polar bears mostly subsist on seals, and require sea ice to hunt them. The accompanying visual speaks for itself.

"From his lying position in death, the bear appears to simply have starved and died where he dropped," Stirling said. "He had no external suggestion of any remaining fat, having been reduced to little more than skin and bone."

It's not easy to feel bad for seals and their natural predators in the same article. But that's the circle of life. And climate change is messing with it.